Indonesia can play a critical role in free and open Indo-Pacific Region: Expert

Earlier this year in April during the 7th round of India-Indonesian Foreign Office Consultations (FOC) had emphasized the need for greater maritime cooperation in the Indo-Pacific. 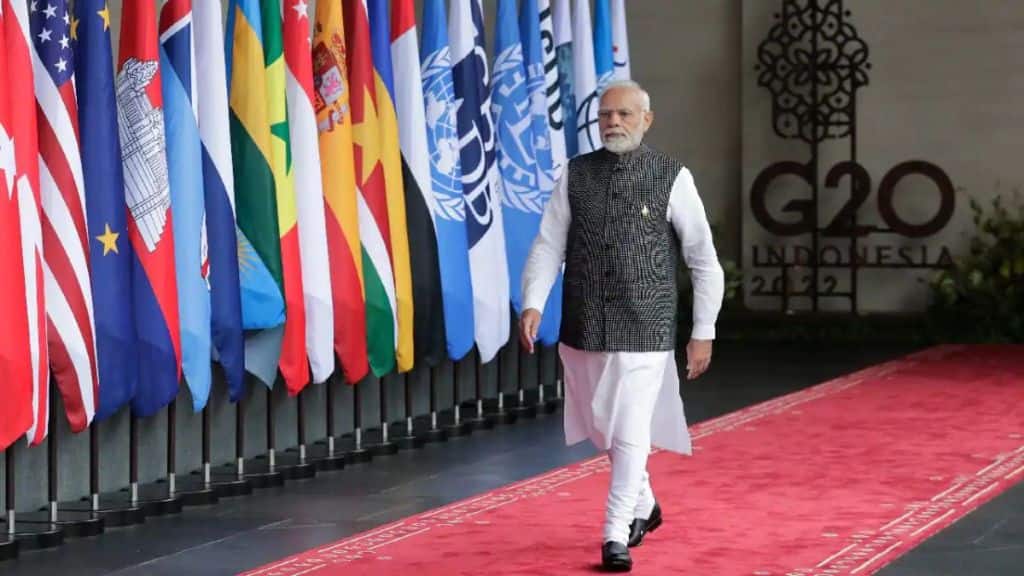 Earlier this year in April during the 7th round of India-Indonesian Foreign Office Consultations (FOC) had emphasized the need for greater maritime cooperation in the Indo-Pacific. (File/AP)

The Indonesian archipelago, with its strategic location straddling the approaches to the Malacca Straits from the South China Sea, has a significant role to play in shaping the maritime security contours in the Indo Pacific.

On Wednesday at 11 am Prime Minister Narendra Modi will have a bilateral meeting with the President Joko Widodo of Indonesia and maritime cooperation will also be on the agenda of talks between the two leaders.

India and Indonesia are two big and important maritime powers in the Indo-Pacific region. The Indo-Pacific Region is home to most vital sea lines of communication (SLOCs). And together the two countries hold nine out of ten busiest ports in the world as, according to information available in the public domain around 60 percent of the world’s maritime trade passes through the region. A strong India-Indonesia strategic partnership especially in the maritime domain could play a big role in the stability of the Indo-Pacific region.

Importance of Indonesia in the region

As an influential member of ASEAN, Indonesia should play a leading role in ensuring a Free and Open Indo-Pacific which is critical for the economic well being of the region and more specifically, ASEAN. “Its recent induction of three Type 209 submarines from South Korea (two built in S Korea and one in Indonesia) is clearly not enough since it also suffered the tragic loss of one of its older submarines. A powerful sub-surface capability is integral for Indonesia to counter an adversarial maritime presence in its waters,” explains Commodore Anil Jai Singh, Indian Navy veteran to Financial Express Online.

“It is understood that Indonesia has an ambitious naval expansion programme, a step that is long overdue. It will require a focused approach and political commitment to achieve this in a reasonable time frame,” he adds.

However, Indonesia has never leveraged its strategic maritime geography with adequate maritime power to influence outcomes despite being one of largest countries, geographically and economically in the region.

Commodore Anil Jai Singh, Vice President and Head-Delhi branch Indian Maritime Foundation says, “When President Joko Widodo came to power, he introduced his Global Maritime Fulcrum concept which seemed to suggest that Indonesia is poised to realise its maritime potential but in the years since has been unable to do so.”

“A couple of years ago, the discovery of a Chinese underwater glider in the Natuna Sea off Indonesian waters underlined the potential security challenges posed by a belligerent China seeking to dominate the South China Sea and expand its footprint westwards into the Indian Ocean,” he states.

Earlier this year in April during the 7th round of India-Indonesian Foreign Office Consultations (FOC) had emphasized the need for greater maritime cooperation in the Indo-Pacific.

At the meeting which was co-chaired from the Indian side by Saurabh Kumar, Secretary (East), Ministry of External Affairs, and Abdul Kadir Jailani, Director General for Asia Pacific and Africa, Ministry of Foreign Affairs of Indonesia.

Both countries during the meeting emphasized the need for greater maritime cooperation in the Indo-Pacific and expressed their continued commitment to strengthening India-Indonesia Comprehensive Strategic Partnership.