Indo-Pak War 1971: An Insider’s View of a Blundering Pakistan

The copious notes made by him during this eventful period lend a rare insight into the shenanigans that went on in the top echelons of power in Pakistan just before, and indeed after, the 1971 Indo-Pak war. 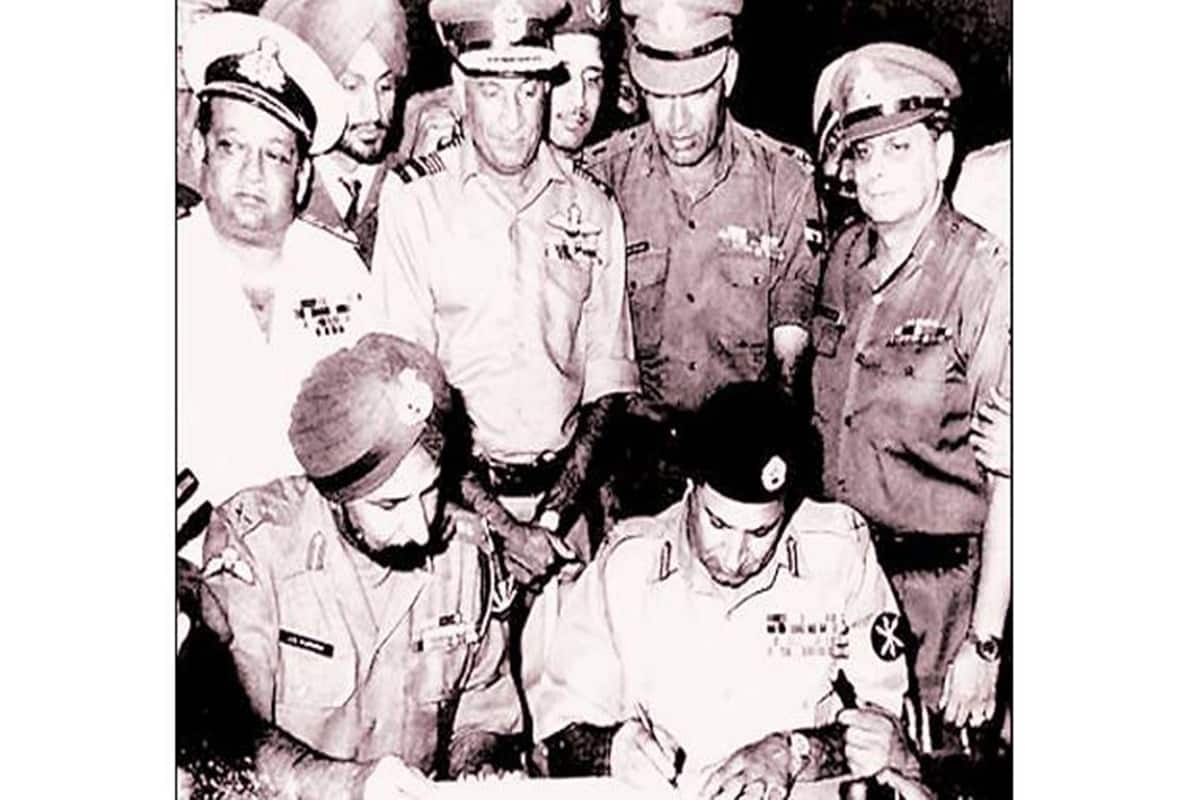 It was September 2007. I had just left the Army and moved to Delhi to take over as Editor of the magazine “South Asia Defence & Strategic Review”. Shortly thereafter, I had to edit a manuscript written by Ambassador Arshad Sami Khan, who was a former Pakistan Air Force Sqn Ldr and had the unique distinction of serving with three Presidents namely, Ayub, Yahya and Bhutto of Pakistan as their ADC.

The copious notes made by him during this eventful period lend a rare insight into the shenanigans that went on in the top echelons of power in Pakistan just before, and indeed after, the 1971 Indo-Pak war. It was a revealing and fascinating account of the presidential personalities, political dramas, games played behind the scenes and palace (read Presidency) intrigues in Pakistan. Sami Khan’s writings finally took shape as the book – ‘Three Presidents and an Aide’ which was released in Delhi by Capt Amarinder Singh in 2008.

The book recounts how between the periods 10 -20 November 1971, President Yahya Khan, an eternal optimist, was beset with a multitude of problems. Oftentimes, he would get riled at the number of fronts he had to deal with — East & West Pakistan, martial law, deteriorating political, economic and diplomatic situations. Yet he was hopeful that he would pull things off, fix East Pakistan, avert war and settle scores with Pakistani political opponents. This false hope to a large extent was the result of sycophants surrounding the President. Interestingly, one evening the ‘spirited’ President picked up two balloons after a party and kicked them in the air and said, “here goes Bhutto, and here goes Mujib”. Little did he know that they were about to burst in his face with full force just a few weeks later. Mistrust was rife!

The battle of Garibpur around 20 Nov, was the harbinger of bad news. It led to declaration of emergency in the country and setting up of an Emergency Council. A hurried civilian government was put together with Nurul Amin as the Prime Minister, and Zulfikar Bhutto (friend to a foe to friend again) as the Dy PM cum Foreign Minister. Bhutto was also selected to lead a delegation to China accompanied by Yahya’s confidants, Lt Gen Gul Hassan and Air Marshal Rahim Khan. The latter two were added overtly to discuss the military situation, but covertly for the purpose of keeping an eye on Bhutto. They met Chinese Premier Chou Enlai and Foreign Minister Chen Ye who assured full support but advised delaying the war till the spring of 1972 when the Himalayan passes would open for possible military intervention. It was here that Bhutto hatched a conspiracy to mislead Yahya. China had clearly expressed its inability to assist during the winter months, but Yahya was made to believe that Chinese Special forces can intervene even during the Himalayan winters.

As per Sami Khan, this misinformation emboldened Yahya, and on 03 Dec 1971, in the face of a deteriorating situation in the East, he accepted the top military leadership’s firm, but flawed, recommendation to launch pre-emptive air strikes against India. The other two services would open the offensive simultaneously. There were no dissenting voices but young Sami Khan was worried.

09-13 Dec 1971. Pakistan’s long held strategic belief that East Pakistan’s security lay in the West, was crumbling quickly. Its offensive in the West had been blunted by the robust Indian response, with IAF hitting targets deep inside and the Navy striking oil storage tanks at Karachi. Looking to a UN-driven cease fire, a panic-stricken Yahya dispatched Bhutto to find a diplomatic solution to end the war and allow Pakistan to work out a political solution.

After repeated attempts by Yahya, President Nixon finally returned the call on 13 Dec at around 2 am Pakistan time. He promised full support to Pakistan, ordered the 7th Fleet to steam into the Bay of Bengal and rescue the beleaguered Pakistan Army. An ecstatic Yahya woke up his COS, recounted the conversation and asked Niazi to hold on to East Pakistan, desperately expecting that the 7th fleet would somehow reverse the situation.

Incidentally Bhutto Checked into Astoria Hotel, New York on 11 Dec and remained incommunicado till the 15th on account of illness. It was strange that Bhutto fell so sick at a critical time in Pakistan’s history. Yahya was then forced to operate through Aga Shahi, Pakistan’s permanent envoy at the UN.

15 Dec 1971 (Military Situation). Gen AAK Niazi (Tiger Niazi to his colleagues), approached the US Consul General in Dhaka seeking immediate ceasefire and protection of all Pakistani forces in East Pakistan. Yahya addressed the nation on TV and radio and acknowledged the ‘unfortunate temporary setback’. He also conveyed his resolve to continue fighting on the Western front. The Emergency Council and the military leadership, however, was increasingly aware of the dangers of prolonging the war as they realised that India was capable of inflicting grave damage to its military infrastructure and economic centres.

On the diplomatic front, it was Bhutto’s turn to speak at the UN Security Council convened at Pakistan’s request to discuss the situation. Bhutto, in a fiery address, blamed the international community for inaction while his country disintegrated, tore up his notes and walked off the stage. In place of garnering the badly needed support, Bhutto in fact had antagonised the General Assembly, hardly an effective way to counter the world’s largest democracy.

17 Dec 1971. There was public outrage in Pakistan at the serious reverses on both the fronts. Bangladesh was a reality. And the public was yet to be informed of 90,000 POWs and loss of nearly 5000 Sq Kms in the West. Pakistan military’s top brass met amidst the news of revolt in the Army. Brigade FB Ali, of 6 Armoured Division Artillery Bed had decided to arrest his own GOC on charges of cowardice in battle! The brigade was also supposedly on the move to Islamabad. Yahya was alarmed — revolt in the army was the last thing he wanted. It could snowball into a general revolt and the public’s ire would be difficult to contain. Soon, a visibly tired Yahya declared his intention to resign and hand over the reins to Bhutto.

An overnight attempt by Lt Gen Hameed, COS to take control was thwarted by a crafty Gul Hassan. Bhutto was traced in Rome through one of his close friends. Sheikh Mujib was released; Amar Sonar Bangla was a reality!

PM Bhutto appointed Gul Hassan as the new Chief of Army Staff. Air Marshal Rahim Khan was retained as the C-in-C of PAF. Yahya was sent to exile unceremoniously for the rest of his life.

Epilogue. Bhutto remained suspicious of his allies — Army Chief, Gen Gul Hassan and Air Chief Air Marshal Rahim Khan — and sacked them in 1972. He then paved the way for his favourite and trusted General Zia-ul-Haq as the new Chief of Army Staff.

(The author is an Indian Army Veteran and is Editor, South Asia Defence & Strategic Review. Views expressed are personal and do not reflect the official position or policy of Financial Express Online. Reproducing this content without permission is prohibited).

Next Story
PM Modi’s foreign relations blitzkrieg: 2022 to be a packed year