It is very critical for a trainer aircraft because it helps to familiarise the trainee pilot to recognise departure from controlled flight. 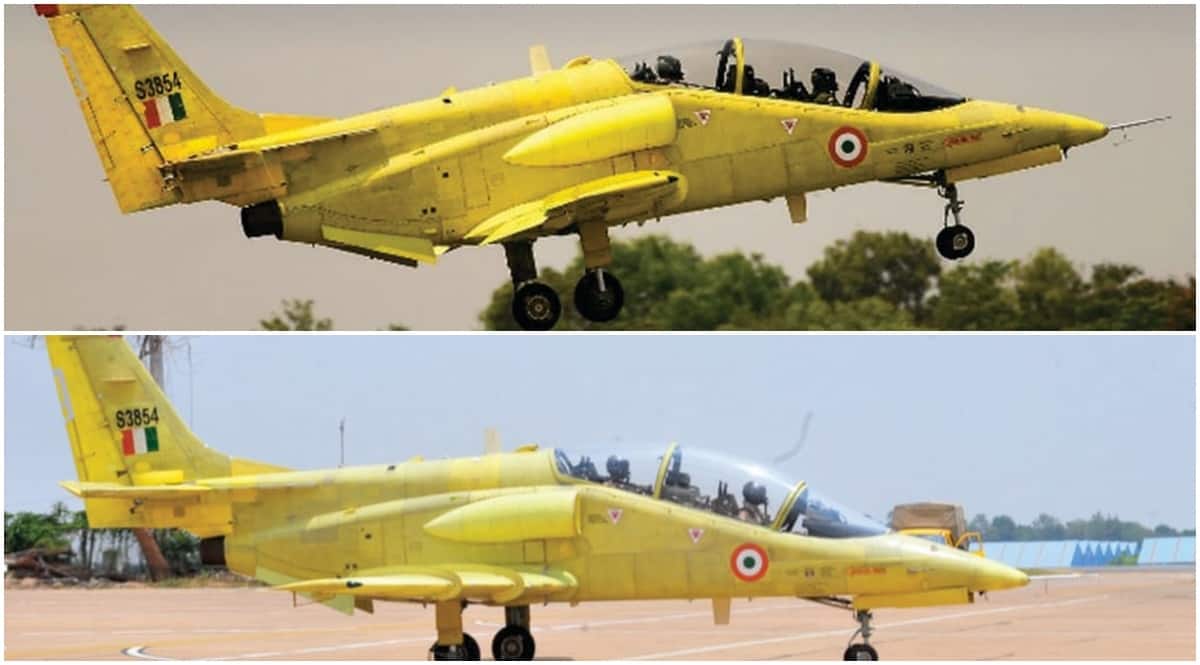 Due to its unpredictability, assured recovery from spin is a very important part of very crucial flight tests. (Photo Credit: HAL)

The indigenous Intermediate Jet Trainer (IJT), designed and developed by state-owned Hindustan Aeronautics Limited (HAL) on Thursday has successfully carried out six turn spins to the LH and RH sides.

The IJT is meant for the second stage of training for the pilots of the Indian Air Force (IAF). The aircraft piloted by Gp Capt HV Thakur (Retd) and Gp Capt A Menon (Retd) demonstrated the capabilities of the IJT. Also present during the demonstrations were Wg Cdr M Patel (Retd) the test director and Gp Capt KK Venugopal (Retd) the safety pilot in command at telemetry.

To replace the aging Kirans of the IAF fleet, this aircraft was conceived by HAL.

According to the HAL statement, based on the requirements specified by the end user –IAF, this aircraft till date had successfully demonstrated its capabilities including limited armament capability, load factor, satisfactory stall factor and altitude and speed envelope.

The only task pending was spin testing.  In 2016, during the spin testing, the aircraft had departed from controlled flight. This brought the programme to a temporary halt.

HAL decided to use its own resources to complete the Spin test.

Why is the Spin Test important?

It is very critical for a trainer aircraft because it helps to familiarise the trainee pilot to recognise departure from controlled flight.

The actions that are required to recover from such situations.

Due to its unpredictability, assured recovery from spin is a very important part of very crucial flight tests.

This spin flight testing is intrinsically a high risk maneuver.

It progresses incrementally spin by spin.

Flight testing is the only way to assess the acceptability as it is a complex interplay of aerodynamic and inertia forces.

While in a spin the motion of the aircraft is unpredictable.

These spin tests are time consuming.

These are carried out in the presence of a team of designers, flight test engineers, and safety pilots who are constantly monitoring the various parameters during the flight.

Before the 6-turn spin flights are undertaken, several flight tests are required, before full certification is achieved.

What steps have been taken after the 2016 halt?

The company has undertaken major modifications and these include increasing the rudder area, and shifting the vertical tail aft on the airframe. The flight testing resumed in April 2019.

What were the modifications carried out?

For the safety of aircraft and test crew during spin testing the new modifications included the use of a new Anti-Spin Parachute system (ASPS).

This was integrated into the aircraft in July 2020. This was followed by the successful streaming of the parachutes in September 2020.

The IJT with its modified configuration commenced in November 2020, despite the global lockdown due to COVID-19 pandemic.

What did HAL CMD say?

On the successful demonstration of spins, Mr R Madhavan, CMD,  “HAL with the right resources and backing has the capability of designing products that will meet the requirements of the Indian Armed forces.”

According to Arup Chatterjee, Director (Engineering and R&D), “The IJT has achieved a major milestone.” He attributed the success to the synergy between flight operations and certifying agencies (RCMA and DGAQA), as well as designers.