Referring to the series of meetings he had with the world leaders in New York on the sidelines of the UN General Assembly, Jaishankar said he can say this based on the feedback from these meetings. 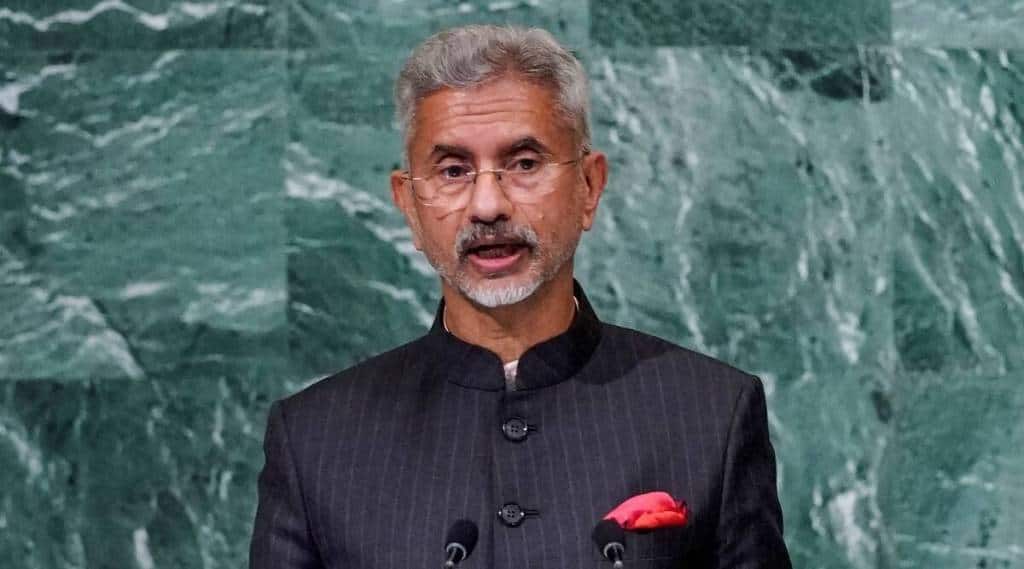 India matters in the world today and its voice counts because of Prime Minister Narendra Modi, External Affairs Minister S Jaishankar said on Sunday. Referring to the series of meetings he had with the world leaders in New York on the sidelines of the UN General Assembly, Jaishankar said he can say this based on the feedback from these meetings.

The voice of India matters and is being taken seriously at the world stage because of the leadership and policies of Prime Minister Narendra Modi, Jaishankar said at an interactive dialogue with the Indian-American community organized by the US India Friendship Council and Foundation for India and Indian Diaspora Studies (FIIDS).

“Today our opinions count, our views matter and… have actually today the ability to shape the big issues of our time. I think … these are main takeaways from a very, very intensive set of interactions over the last six days,” he said about his New York meetings. Responding to a question on Ukraine, Jaishankar said today the nature of the world is such that a big conflict by definition causes enormous ripples across the world. “People across the world are paying the cost of fuel and food”.

“I think this conflict has different facets and perhaps some of those, maybe addressed (earlier),” he said. Indian-Americans from various parts of the country as far as Los Angeles and Houston flew in to attend the event. The External Affairs Minister arrived in the American capital from New York, where he attended the annual General Assembly of the United Nations, for a four-day official visit.

During his stay here he is expected to meet the Secretary of State Antony Blinken, Defence Secretary Lloyd Austin and National Security Advisor Jake Sullivan. He is also likely to have interactions with the members of the corporate sector and the think-tank community. “During my professional lifetime, as a diplomat, perhaps the biggest change that I saw, and I was privileged to be part of, was a change in the relationship between India and America,” he said.

Also read| US-Pakistan relationship has not served either of two: S Jaishankar

The minister described Indian-Americans as the living bridge between the two countries as the one responsible for this change. The role of the Indian-American community in strengthening this relationship is something which “I can never say enough about,” he said. “India, America relationship has changed because of Indian-Americans. It did not change only because of government policies,” Jaishankar said.

Eminent Indian-American community leader Dr Bharat Barai applauded Jaishankar for his “deep understanding, deep analysis and very intelligent very analyze, interpretation, and the complexities of foreign policy.” Dr Vijay Chauthaiwale, in-charge, foreign affairs department of the ruling BJP, applauded the minister for the clarity in which he has been articulating India’s views and positions to the global community. Kashmiri columnist and political commentator Sunanda Vashisht described Jaishankar as a “rock star” foreign minister of India.