Indian Air Force Mi-17 helicopter crashed which was from Sulur’s 109 Helicopter Unit and on board was country’s first CDS Gen Bipin Rawat and other officers. 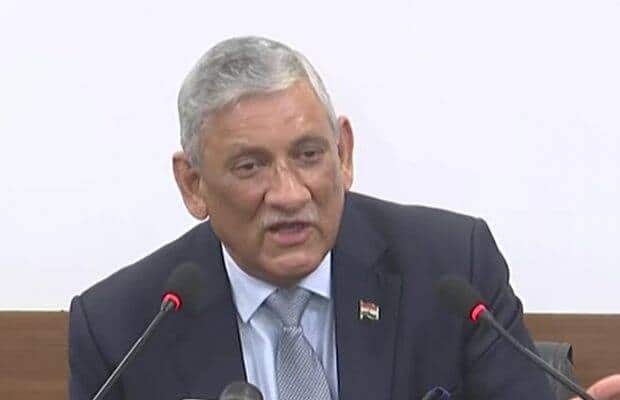 Country’s first Chief of Defence Staff (CDS) Gen Bipin Rawat is no more. According to the Indian Air Force statement which was put on Twitter, he was among the 14 people who were on board including his wife and staff members. Out of 14, 13 succumbed to the crash.

On Wednesday (Dec 8, 2021), an IAF Mi-17V5 helicopter, with CDS Gen Bipin Rawat on board, accompanied by his wife and other staff were on their way to Defence Staff College in Wellington, when their helicopter met with an accident. The accident took place near Coonoor, Tamil Nadu, and sources attributed it to poor weather conditions and bad light.

Defence Minister Rajnath Singh expressed his anguish by the sudden demise of Gen Rawat. And he tweeted “His untimely death is an irreparable loss to our Armed Forces and the country.”

Indian Air Force Mi-17 helicopter crashed which was from Sulur’s 109 Helicopter Unit and on board was country’s first CDS Gen Bipin Rawat and other officers.

The CDS had taken off from Palam air base early morning on board IAF Embraer aircraft around 8.47 and landed at Sulur air base at 11.34 am. And from there he took off in a Mi-17V5 helicopter at 11:48 am and the destination was Wellington. At 12.22pm there was news about a helicopter missing and it was found crashed at about 10kms short of destination.

He was on his way to address the faculty and student officers of the Staff Course at Defence Services Staff College (DSSC), Wellington (Nilgiri Hills).

According to another tweet from IAF, the CDS, with four crew members and nine passengers were in the helicopter which met with an accident.

In the evening the IAF tweeted and confirmed that Gen Bipin Rawat, Mrs Madhulika Rawat and 11 other persons on board died in the unfortunate accident.

The IAF earlier in the day had tweeted that an inquiry had been initiated to investigate the reason for the crash of the Mi-17V5 helicopter.

The sole survivor Group Capt Varun Singh SC, Directing Staff at DSSC with injuries is undergoing treatment at the Military Hospital, Wellington. Incidentally, as a Wing Commander, he was conferred `Shaurya Chakra’ for saving Light Combat Aircraft `Tejas’ from crashing after an in-flight system failure during a routine check sortie in 2020.

According to sources, the mortal remains of CDS Gen Rawat and his wife along with others who were on the flight will be brought back to Delhi on Thursday.

There were two pilots; a Group Captain and a gunner who were on board besides the CDS and those accompanying him from Delhi.