India’s December UNSC Presidency: All you want to know

There will be two signature events which are scheduled to take place at the ministerial level which will be chaired by the External Affairs Minister. 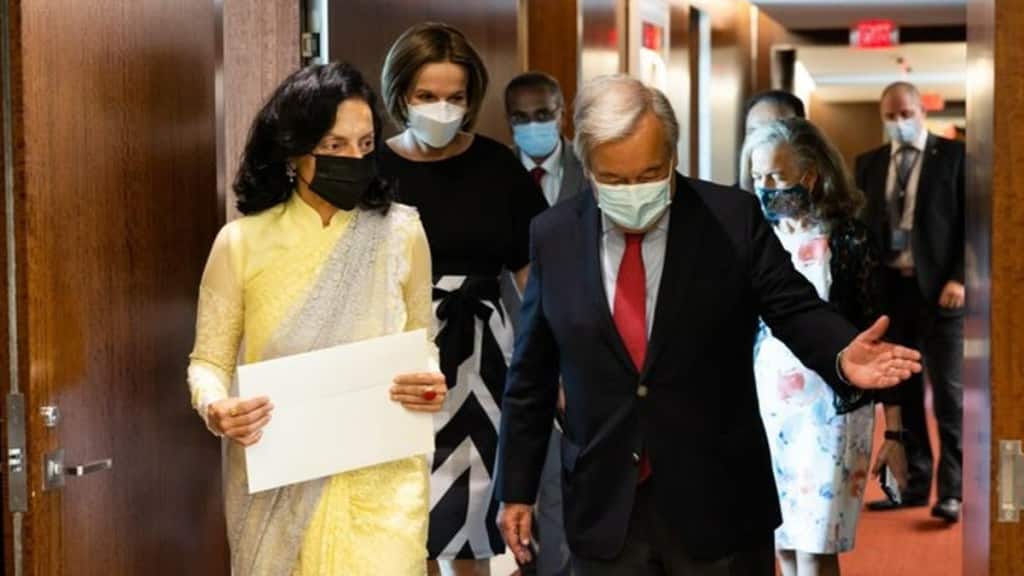 Ambassador Ruchira Kamboj outlined India’s priorities for the month of December on Day 1 of the UNSC Presidency. (File Shot/Twitter)

This month is going to be a very busy month for India as it has officially assumed the monthly rotating presidency of the UN Security Council (December 1, 2022). This is the second time in two years India has assumed the Presidency of the Council in its two-year tenure which it had assumed in August 2021.

What does this mean?

There will be two signature events which are scheduled to take place at the ministerial level which will be chaired by the External Affairs Minister. The two events are slated for December 14 and 15 – and are related to Reformed Multilateralism and Counter Terrorism.

Details about the Dec 14 event

In New York at the Security Council, according to sources, on this day India will be holding a High Level Open Debate and the theme is “Maintenance of International Peace and Security: New Orientation for Reformed Multilateralism (NORMS)”.

The briefers for this debate will be Antonio Guterres, UN Secretary General and Csaba Korosi, President of the General Assembly which is meant to encourage the UN member states to deliberate on the elements of a new orientation for multilateralism and how to move forward in a time bound manner.

Details about the event on Dec 15

At the Security Council there will be a High-level briefing on the theme – “Threats to International Peace and Security Caused by Terrorist Acts: Global Approach to Counter Terrorism – Challenges and Way Forward”.

In the recent times there has been a resurgence of terrorist activities – in range and diversity, in geographical space and the not only the existing but also the emerging threats call for a renewed and collective approach to terrorism. This high level briefing is expected to provide the members of UNSC to further build on the deliberations of the Security Council’s Counter-Terrorism Committee (CTC) meeting which had taken place in Mumbai and Delhi in the month of October.

The member states will get an opportunity to share their views and to further build on the Delhi Declaration which was adopted at the end of the Special meeting of CTC in India.

Besides two major signature events, there will be a briefing and consultation on Afghanistan [United Nations Assistance Mission in Afghanistan (UNAMA)] scheduled to take place on December 20.

On the table are the renewals of three mandates and these are the 1988 Taliban Sanctions Committee, MONUSCO and UNDOF.

Also two members of the UNSC – Mexico and Ireland are planning to organize Arria Formula Meetings.  And according to sources the one which is being organized by Ireland is expected to be centered on “Youth, Peace and Security”.

There will be two meetings on Ukraine – these will be related to the humanitarian file as well as the political situation.

In its 8th term as an elected member of the Security Council, besides pursuing its core priorities, India has also voiced the key concerns of the Global South. Like greater protection for UN Peacekeepers through technology; framework for maritime security cooperation; effective response to the menace of terrorism; and roadmap for reformed multilateralism.

Guided by the “Five S’s” approach, which were set out by Prime Minister Narendra Modi in 2021:  Samman (Respect), Samvad (Dialogue), Sahyog (Cooperation), Shanti (Peace) and Samriddhi (Prosperity), India has tried to bring the focus on other issues of regional and global interest.