The sudden and unexpected seizing of power in Kabul by the Taliban in August also triggered consternation among national security planners in the backdrop of Pakistan’s proximity with the organisation and the possibility of Afghanistan becoming a hotbed for various terrorist groups. 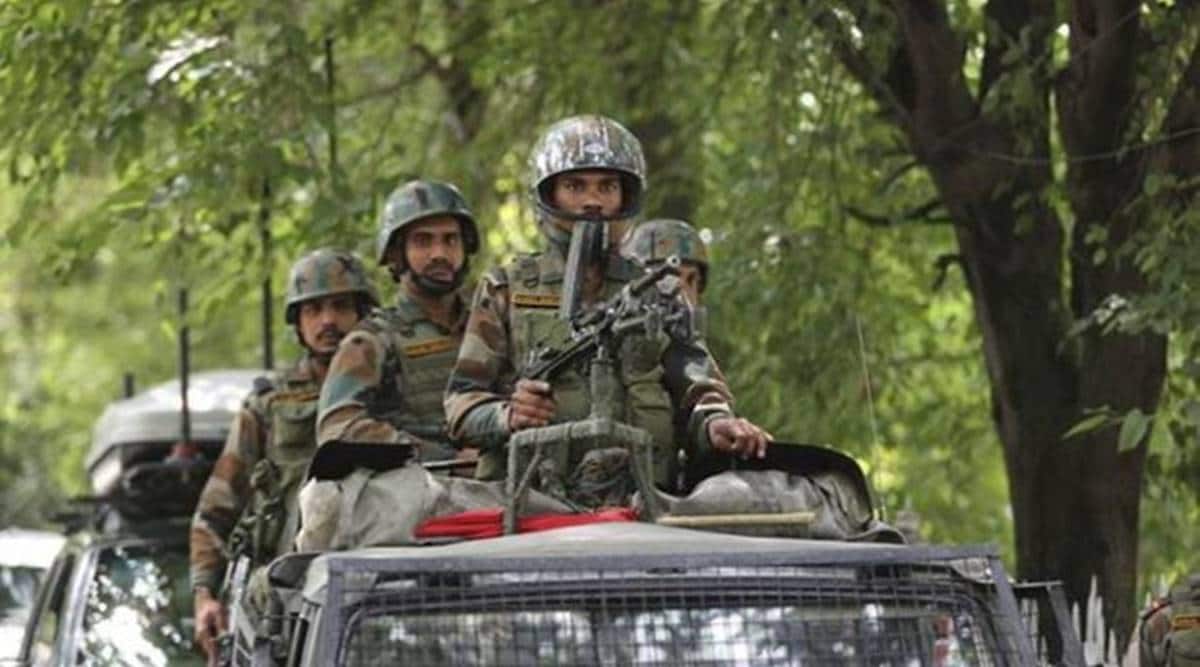 The Indian Army also continued its anti-militancy operations in Jammu and Kashmir besides keeping a strong vigil over the Line of Control.

The Indian armed forces devised an assertive approach in 2021 to deal with national security challenges that largely stemmed from China’s push to realign the balance of power in South Asia amid the prolonged military standoff in eastern Ladakh.The sudden and unexpected seizing of power in Kabul by the Taliban in August also triggered consternation among national security planners in the backdrop of Pakistan’s proximity with the organisation and the possibility of Afghanistan becoming a hotbed for various terrorist groups.

As India’s top military brass was preparing a mammoth exercise to roll out the ambitious tri-services integration, it was hit by a massive tragedy when Chief of Defence Staff Gen Bipin Rawat, the country’s senior-most military official, died in a chopper crash near Coonoor in Tamil Nadu on December 8.Gen Rawat’s wife Madhulika, his defence advisor Brigadier LS Lidder, staff officer to the Chief of Defence Staff (CDS), Lt Col Harjinder Singh and decorated pilot Group Captain Varun Singh were among 13 others killed in the crash.

As India’s first CDS, Gen Rawat, 63, was devising a national security approach to effectively confront future threats and set the ball rolling for implementation of the ambitious plan to modernise the armed forces including restructuring of the military commands.A former Chief of Army Staff, Gen Rawat’s death appeared to create a void in the senior military hierarchy with the government yet to appoint a new CDS to implement the mega reform initiatives.

Besides firming up an assertive national security doctrine in the backdrop of China’s aggressive military posturing along the Line of Actual Control (LAC), the Indian armed forces procured a raft of military platforms and weapons in the course of the year to further bolster their combat capabilities.The Indian and Chinese troops remained locked in a standoff in several friction points in eastern Ladakh for over 18 months though they managed to complete the disengagement process in the Gogra area in August and in the north and south banks of the Pangong lake in February.

The 13th round of Corps Commander-level military talks in October ended in a stalemate with the Indian Army saying that the “constructive suggestions” made by it were not agreeable to the Chinese side.If the Chinese People’s Liberation Army (PLA) is there to stay (in eastern Ladakh) so is the Indian Army, Army Chief Gen MM Naravane said in October, in reflection of India’s approach to deal with the situation.

In February, China officially acknowledged that five Chinese military officers and soldiers were killed in the clashes with the Indian Army in Galwan Valley in June last year though it is widely believed that the death toll was higher.Each side currently has around 50,000 to 60,000 troops along the Line of Actual Control (LAC) in eastern Ladakh.Separately, Indian and Chinese troops were engaged in a brief face-off near Yangtse in the Tawang sector of Arunachal Pradesh in October and it was resolved within a few hours of the incident.

Close to 100 soldiers of China’s People’s Liberation Army (PLA) transgressed the LAC in the Barahoti sector of Uttarakhand on August 30, and the Chinese troops returned from the area after spending a few hours, in yet another incident.The Indian Army also continued its anti-militancy operations in Jammu and Kashmir besides keeping a strong vigil over the Line of Control.

The Indian and Pakistani armies on February 25 announced that they would cease firing across the LoC while recommitting themselves to a 2003 ceasefire agreement.Early this month, the Indian Army came under severe criticism after 14 civilians were killed in a botched counter-insurgency operation in the Mon district of Nagaland. The December 4 incident triggered massive public outcry in Nagaland and a demand to lift the Armed Forces (Special Powers) Act.The major procurement projects finalised by the defence ministry in 2021 included sealing of a Rs 48,000 crore deal in February to procure 83 Tejas light combat aircraft from state-run aerospace behemoth Hindustan Aeronautics Ltd that was billed as the biggest ever indigenous defence procurement programme.

In June, the ministry cleared another mega project to domestically build six conventional submarines for the Indian Navy at a cost of Rs 43,000 crore in a major move aimed at significantly boosting the country’s naval prowess.In September, India sealed a nearly Rs 21,000 crore deal with Airbus Defence and Space to procure 56 C-295 transport aircraft to replace the ageing Avro-748 planes of the IAF under a project that entails manufacturing of military aircraft in India for the first time by a private company.Under the agreement, Airbus will deliver the first 16 aircraft in ‘fly-away’ condition from its final assembly line in Seville, Spain within four years.

The subsequent 40 aircraft will be manufactured and assembled by Tata Advanced Systems (TASL) in India.In another significant development, India’s first indigenous aircraft carrier (IAC) Vikrant, the largest and most complex warship to be built in the country, began its sea trials in August ahead of its planned induction into the Indian Navy by August next year.Russia also started delivery of components of the S-400 missile defence systems to India that is expected to significantly enhance the country’s air defence mechanisms.

In October 2018, India had signed a USD 5 billion deal with Russia to buy five units of the S-400 air defence missile systems, despite a warning from the Trump administration that going ahead with the contract may invite US sanctions.In the last few months, India carried out test-firing of a number of missiles and other weapons.The year 2021 also witnessed the defence ministry starting the groundwork on long-term goals to ensure procurement of futuristic weapon systems, platforms and extensive use of artificial intelligence.

The ministry also unveiled a slew of reform initiatives to make India a hub of manufacturing defence equipment and platforms.One such decision was to dissolve the over 200-year-old Ordnance Factory Board and set up seven new defence public sector undertakings (DPSUs) replacing it.The Indian armed forces participated in a number of bilateral and multilateral military exercises in the year that included the high-voltage Malabar drills.

The Malabar exercise featured the navies of all four Quad countries — India, the US, Australia and Japan. The US deployed its nuclear-powered US aircraft carrier, Carl Vinson, for the exercise.Another important development was the Supreme Court paving the way for the entry of women into the prestigious National Defence Academy (NDA) that has been a male bastion for recruitment into the three services.In new appointments, Admiral R Hari took charge as the new Chief of the Indian Navy after the incumbent, Admiral Karambir Singh. In September, Air Chief Marshal Vivek Ram Chaudhari became the new Chief of Air Staff.