Indian Army to get a new uniform! First look on January 15

Keeping in line with Make in India, the uniform of the soldiers has been designed jointly by the Indian Army & National Institute of Fashion Technology (NIFT). 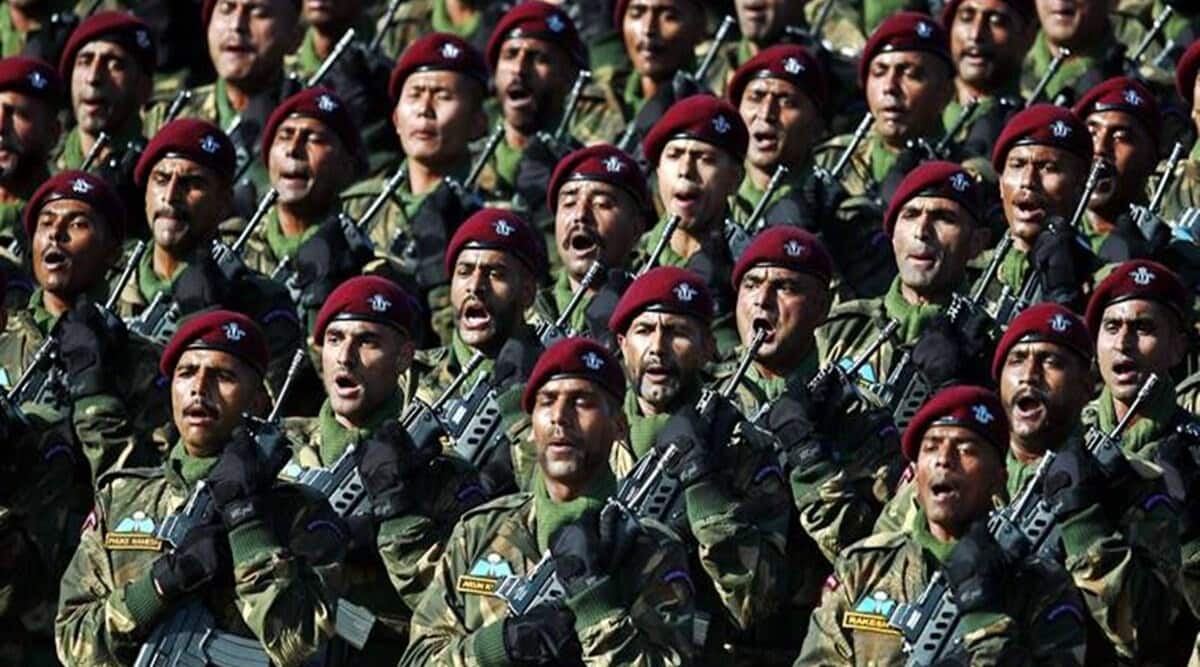 According to a senior officer, “Due to security reasons, the newly designed disruptive pattern for the uniform will not be available in the open market.” (Photo source: IE)

Later this month on January 15, during the Army Day Parade, the first look of the new combat uniform for its soldiers will be on display. Keeping in line with Make in India, the uniform of the soldiers has been designed jointly by the Indian Army & National Institute of Fashion Technology (NIFT). The design which is based on disruptive digital patterns has been created keeping in mind the comfort and different terrains where the soldiers are deployed.

Will it be available in the open market?

No. the newly designed fabric for the soldier’s uniform is not going to be available in the open market and will be issued to officers and soldiers in batches in their units.

To meet the requirement of the 13 lakh strong Indian Army there are plans to issue an open tender to both the private and public sector companies – who will supply and make these new Battle Dress Uniforms (BDU).

Why won’t it be available in the open market?

According to a senior officer, “Due to security reasons, the newly designed disruptive pattern for the uniform will not be available in the open market.”

This means, once the companies respond to the open tender, orders will be placed in bulk for uniforms of different sizes, which in turn will be sent to various units and formations of the Indian Army and these can be bought there.

As the Financial Express Online had reported earlier, the Ministry of Defence had been planning to change the uniform of the Indian Army keeping in mind the different weather conditions and the terrains – extreme hot and sub-zero temperature and the material to be used – Terrycot is not comfortable for the soldier in different conditions as well as the cotton material. Therefore, the material that has been identified to be used is likely to be sturdier and lighter keeping in mind the soldier’s comfort.

There have been concerns raised by the Indian Army about the combat uniforms which are worn by the paramilitary forces as well as the state police. These concerns were raised to the Ministry of Defence and Home Affairs.

Colour of the new uniform pattern

Will remain the same – a mix of Olive and earthy colours.

Will they be tucked in?

No. While the uniform trouser will have additional pockets, in the new design, the shirts are not expected to be tucked in.

There could be a change in how the service stripes are displayed. In the present uniform, the stripes are placed on the shoulders which denote the ranks.

There are plans to move it to the front buttons like major armies across the globe follow.

There could be changes in how the belts are worn. This is all being considered to ensure the soldier is comfortable in all different terrains.

How many times has the Indian Army changed its uniform?

The first time was post Independence and it was done to ensure that the uniforms of Indian and Pakistan forces are different.

In 1980, another change was carried out and was termed Disruptive Pattern (DP) Battle Dress.

In 2005, for the third time the government decided to change the uniform again to help in differentiating the Army DP Battle Dress for the uniforms of CRPF and BSF.