For development, testing and manufacturing of drones and counter-drone technologies that can assist in operations, the Army Design Bureau on behalf of the Indian Army has signed a MoU with the Drone Federation of India (DFI). 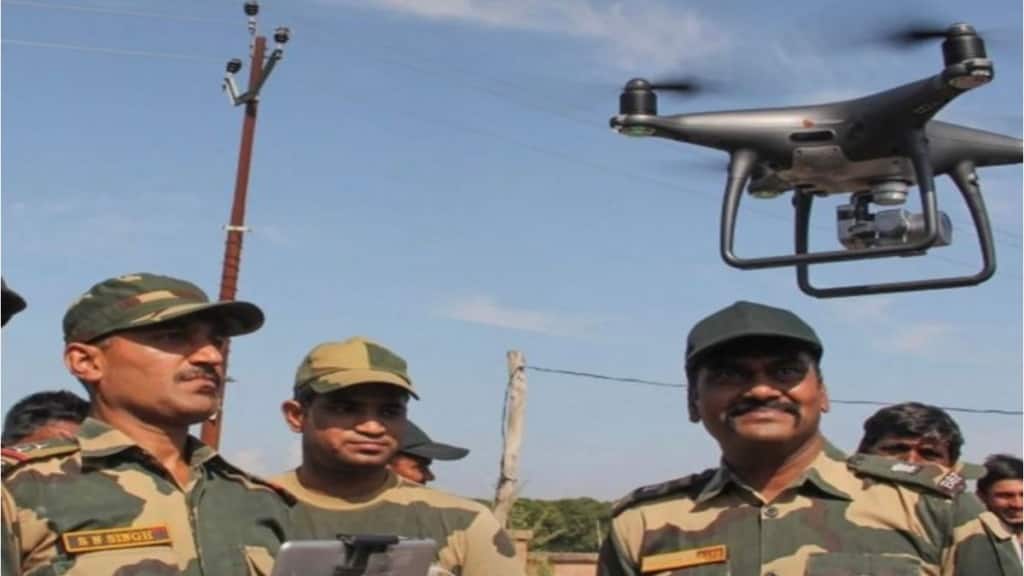 The Indian Army is looking at using drones and anti-drones technology to protect the Line of Actual Control (LAC) and Line of Control, and in line with Atmanirbhar Bharat has started collaborating with academia as well as industry for developing new technologies. Instead of mules the Army is looking at using drones for transporting rations in difficult terrains and difficult weather conditions. The drones have other roles to play like in surveillance.

For development, testing and manufacturing of drones and counter-drone technologies that can assist in operations, the Army Design Bureau on behalf of the Indian Army has signed a MoU with the Drone Federation of India (DFI).

This MoU is inline with government’s initiative of Atmanibhar Bharat in Defence and under this the two sides are expected to work on associated technologies related to drones that will help the Indian Army in its operations in the battlefields.

Indian Army’s Design Bureau is the facilitator for the R&D efforts and closely works with the Defence Research and Development Organisation (DRDO), industry, other Defence PSUs and helps them in understanding the user’s requirements.

The Drone Federation of India promotes the growing drones industry in India, R&D efforts in collaboration between industry and academia; it also facilitates technology and knowledge transfers, and in developing standards and policy changes. AutoMicro UAS, Indrones, Asteria Aerospace, Quidich Innovation Labs, and Aarav Unmanned Systems are its members.

According to the official statement, both ADB and DFI have launched an event ‘Indian Army’s Him-Drone-a-thon’, to invite proposals for the drone based solutions, to support operations in difficult Himalayan terrains.

The two sides will collaborate in enabling field visits to the selected participants which will give the industry a real life exposure. Collaboration in R&D, roadmap planning, counter drone and associated technology, as well as manufacturing and adoption of drones will be undertaken under the MoU.

A drone has essentially a frame mounted with all the equipment that aids its flying. This includes a variety of motors, rotors, etc., depending upon the type of the drone. Additionally, a drone carries electronics known as a flight controller. This flight controller is only responsible for allowing remote control of the flight. However, there is an additional onboard computer that is responsible for a variety of tasks that vary depending upon the intent of the manufacturer. This works in conjunction with the payload of the drone.

“A drone meant for rescue missions will have a standard array of sensors like a camera and aid packages or sensors to detect the presence of harmful gases. This is all facilitated via the onboard computer. In case of a strike drone with missiles, it will be strapped with the warheads, and the onboard computer is responsible for the accurate launch. It might also have thermal cameras or infrared cameras instead of other sensors,” explained an expert.

Sharing his views on the challenges with Financial Express Online, Girish Linganna Aerospace & Defence Analyst says, “The first and the foremost will be its methodology of indigenization, as India does not use the public apparatus alone in research. Instead, it leverages the private sector to come and work with them. This works but at the cost of using off-the-shelf components, often from China.”

According to him, “Many drone startups rely on Chinese components due to a lack of private sector components from Indian companies. This is not the case for the government as they have developed Defence Research and Development Organisation’s Research Centre Imarat to work specifically on manufacturing chips. They manufacture chips for the BrahMos missiles.”

However, “it is to be seen what the purely public sector offering will look like. Given DRDO’s existing projects like Combat Air Teaming System, they must not be using off-the-shelf components like virtually all drone startups in the country. This is not a unique problem. While China leads in supplying integrated flight controllers and other plug-and-play drone components, China and Russia both rely on Western chips, often consumer grade, to power their drones and other military equipment. Because the consumer chips are virtually untraceable, they are sold globally instead of specialised chips sold directly to the consuming company,” he explains.

For India, the challenge would be to offer its public sector edge in terms of components to startups they rely upon.

“The Army and even the other branches have shown interest in procuring drones from startups and have done so. And they have a policy for measuring indigenisation either in the percentage of material or cost. Existing startups working with the forces include Mumbai-based startup ideaForge. Their high-altitude drone, SWITCH, bagged them a USD 20 million contract from the Army,” he adds.

There are other startups from Bengaluru and Delhi, where India has been shopping. However, a key differentiator is that the current private ecosystem provides passive drones, which are meant for surveillance, reconnaissance and aid-related tasks. The reliance on imports like Heron drones from Israel exists for offensive drones.

Is India in a position to address the issue?

As India seeks semiconductor manufacturers to set up fabs in the country, there will be a big boost to startups looking for in-house manufacturing. Already, for sensors, the market is looking up. Adani Elbit UAV Complex would be the country’s first private UAV manufacturing facility and the first facility outside Israel to manufacture the Hermes 900 UAV. Hermes 900 UAV will be offered for the Indian Tri-Services as an advanced, battle-proven, cost-effective MALE UAV for usage across all terrain.

“The Indian development model is globalisation compliant, and the market proved: involving existing international players and adding domestic players into the mix, use of technology transfers and eventually, a manufacturing hub. This is how Larsen and Toubro provided India with the Vajra tanks and how India and Russia envisioned BrahMos Aerospace,” opines Girish Linganna.