China, Pakistan and member nations of the Shanghai Cooperation Organisation (SCO) are set to take part in the strategic command-post exercise KavKaz 2020. 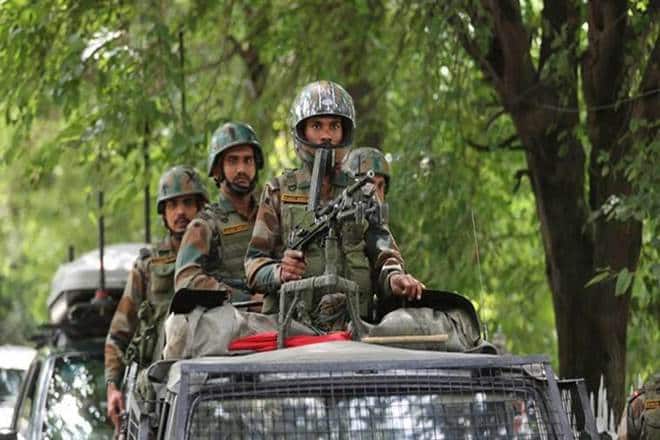 India had plans to send a tri-services contingent with 200 personnel to take part in a multilateral war game.

Given the ongoing military confrontation with China along the Line of Actual Control in eastern Ladakh India has decided to withdraw from multilateral war game which is scheduled from Sept 15-26 at Donguz training ranges in Russia’s Orenburg region.

China, Pakistan and member nations of the Shanghai Cooperation Organisation (SCO) are set to take part in the strategic command-post exercise KavKaz 2020.

India had plans to send a tri-services contingent with 200 personnel to take part in a multilateral war game. Earlier this week the representatives of the participating countries had met in Volgograd to discuss the different aspects of the military drill.

In fact, confirming India’s presence at the meet earlier this week, the Russian Embassy in New Delhi had tweeted about India’s military representative’s presence along with Belarus, Iran, Myanmar and Pakistan to discuss the KazKaz 2020 Strategic Command and Control Exercise preparation. Besides China, Pakistan and other member nations of the Shanghai Cooperation Organisation (SCO) are scheduled to participate in the strategic command-post exercise next week.

While welcoming the move by India to withdraw from the military drill, Prof Rajesh Rajagopalan, School of International Studies, JNU, says, “The question is why India decided to participate in the first place, and if participation was scheduled prior to the Ladakh incursion by China, why Indian officials waited until now, so late in the day, to decide to cancel. There appears to be a great reluctance, at the higher decision-making levels in New Delhi, to face up to the reality that China is an unrelenting adversary, that New Delhi’s policies until now to appease it have failed, and there is little point in trying to appease it further.”

“India continues to be part of various China-sponsored multilateral groups such as SCO, while still dragging its feet on necessary steps such as inviting Australia to the Malabar naval exercises and openly banning Huawei from 5G networks in India. So, a welcome decision, but still very late and New Delhi’s obvious reluctance to take such steps sends a message of irresoluteness,” Prof Rajagopalan opines.

“Train together to fight together’ is the guiding principle of militaries that plan to undertake operations against a common enemy or in common geographic locations. All elements of any military alliance need to have seamless interoperability in terms of communications, processes and procedures for the achievement of laid-down objectives,” Lt Col Channan observes.

In his opinion, “As India and China are currently engaged in a Military Standoff along the Line of Actual Control; the Line of Control has been active. It is a well thought through the decision not to participate in an International Joint Training Exercise as there are chances that it may lead to an incident which may impede the ongoing Military and Diplomatic talks with China. Russia under the given circumstances understands the implications and it will have no bearing on the Indo – Russia Military Cooperation.”

“However, it does send a message to China that it needs to restore the deployment to April 2020 positions to restore normalcy in the Indo – China relations,” the Indian army veteran says.

Sharing his views, Prof Rajan Kumar, School of International Studies, says, In an interesting development, India has decided to withdraw from Kavkaz 2020 military exercise where Chinese and Pakistani army are participating. In all likelihood, India wants to signal Russia that its army cannot participate in a joint exercise with China because of a long standoff with its army at the Himalayan border. This exercise could have sent a wrong message to its domestic audience which is pushing for tough action against China.

According to Prof Rajan Kumar, “This decision assumes significance because the KavKaz 2020 was essentially a Russian military exercise and not a Chinese one. India has always viewed its relations with Russia independent of China-Russia ties. Russia has also responded in a similar fashion. It maintained its commitment of supplying arms to India even during the standoff.”

“But maintaining that delicate balance is becoming increasingly difficult for both India and Russia. One just hopes that Russia understands this complexity and takes it in the right spirit. Till now there are no signs that Russia has favoured China against India. That was the main reason why India had agreed earlier to send troops for KavKaz 2020,” Prof Kumar states.

“In my view, it would be patently wrong to assume that India retreated either under the pressure from the US or because of some concerns with Russia. The main issue is the presence of armies from China and Pakistan, and probably the fear of COVID infection. Indian army participated in the Victory Day parade at Kremlin a couple of weeks ago. India’s defence minister is going to Russia to attend the SCO meeting next week. A simultaneous virtual meeting of BRICS’ foreign ministers is also scheduled on September 4-5. Therefore, this decision appears more tactical rather than strategic,” Prof Kumar concludes.