India to get more eyes to monitor Chinese presence in IOR & SCS: Navy to get P8i Aircraft

The configuration of the aircraft expected to arrive soon will be of the same configuration as the previous eight that are in service in the Indian Navy. Also, as reported by Financial Express Online earlier, there are plans of installing encrypted communications systems which have been delivered earlier. 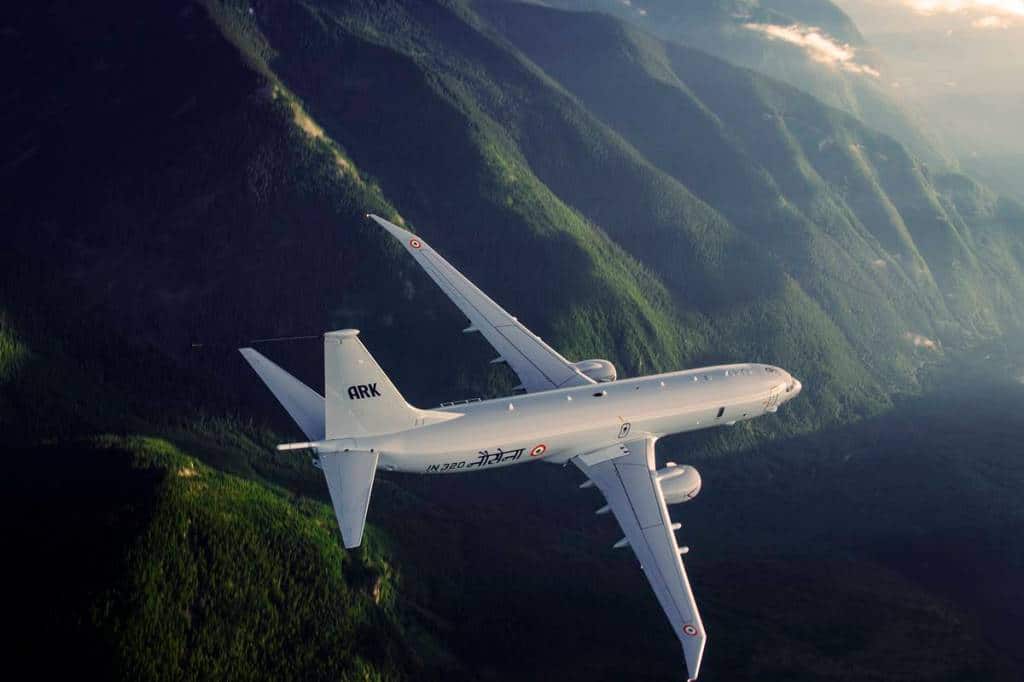 The contract for eight P-8I between India and the Boeing Company was inked for USD 2.1 billion in 2009.

Indian Navy is getting ready to receive one of the four P-8I Maritime Patrol Aircraft later this month. With an additional P-8I aircraft in its fleet, India’s surveillance, reconnaissance, and electronic jamming capabilities will get a boost in the Indian Ocean Region (IOR). Sources have confirmed to Financial Express Online, “As per the delivery schedule one out of the four aircraft are expected to arrive soon (before the month ends). And the balance three will arrive next year.”

The aircraft which was expected to come earlier was delayed due to the global pandemic COVID-19 and the lockdown.

The configuration of the aircraft expected to arrive soon will be of the same configuration as the previous eight that are in service in the Indian Navy. Also, as reported by Financial Express Online earlier, there are plans of installing encrypted communications systems which have been delivered earlier. After India and the US inked the Communications, Compatibility and Security Agreement (COMCASA), the installation of the encrypted communications systems on these P8i aircraft. These aircraft are coming from the Boeing Company.

How does COMCASA Agreement help?

It is the way ahead for achieving the interoperability, especially for the US-supplied defence equipment and platforms. It also helps as when the militaries of the two countries are involved in complex drills in sea, air, underwater or on land.

With COMCASA in place, the P8i (specific for the Indian Navy requirement) and P8A Poseidon aircraft, the US Navy variant of the aircraft will be able to share real-time operational intelligence, which also includes a secure Common Tactical Picture.

More about the P-8I Contract

The contract for eight P-8I between India and the Boeing Company was inked for USD 2.1 billion in 2009. These aircraft are coming through the Foreign Military Sales Route (FMS) and India was the first international customer for this aircraft. The Ministry of Defence (MoD) placed a follow on order for additional four P-8I in 2016. And the DAC has given approval for more P-8I in November last year.

What is onboard the P8i for the Indian Navy

These aircraft are equipped with the most modern anti-submarine warfare (ASW) Technology.

These include a Telephonics APS-143. This is not available on the original P-8A Poseidon in use with the USN

The weapons systems including Harpoon Block-II missiles and MK-54 lightweight torpedoes come with the aircraft India has.

These aircraft are all data-linked with Indian submarines. This makes them capable of passing all critical information about the enemy vessels.

Indian Naval Air Squadron 312A, is the P-8I Squadron, is operating out of naval air station Rajali, based in the South.

In P-8I, the `I’ stands for India and it is the Indian Navy variant of the P-8A Poseidon and is for maritime patrol.

It has the capability to carry around 129 sonobuoys which help in locating the enemy subs and can also be used for launching anti-ship missiles.

China’s growing presence in IOR and the South China Sea

Though these aircraft were ordered much before the ongoing standoff between India and China along the Line of Actual Control (LAC) in the eastern Ladakh, more P-8I from the US will help in keeping a watch on the growing presence of the Chinese boats in the region.

The US administration has recently approved the sale of ten AGM-84L Harpoon Block II air-launched missiles. These will help the P-8I to engage and destroy hostile surface warships of choice.

With a solid propellant well tested sea-skimming missile and a range of 67 nautical miles, Indian Navy will be in a position to undertake Airborne maritime surface target engagement tactics more effectively.

According to Milind Kulshreshtha, C4I expert, “These aircraft have been acknowledged as a force multiplier with its in-built inter-operability capabilities and as an advanced airborne platform by Indian Navy. Thus making the P-8I a multi-mission aircraft with C4I ingrained. “