The assault rifles to be initially produced in India are meant primarily for the Indian Armed Forces and once the orders are completed, the State police as well as central armed police forces will also be placing their orders for the AK-203. 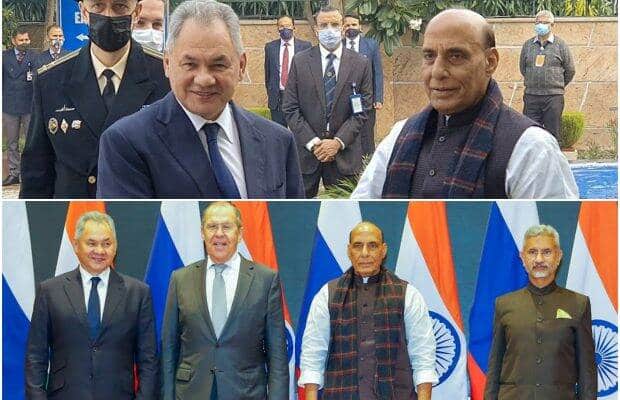 Finally, the long awaited A-203 assault rifles deal has been sealed today in New Delhi at the end of bilateral talks between Defence Minister Rajnath Singh and his Russian counterpart Defence Minister Sergey Shoigu.

Pricing, Transfer of Technology (ToT) and indigenous content were some of the most critical issues which were holding up the deal to be finally inked. All these issues have been resolved and after the DAC under the chairmanship of defence minister Rajnath Singh gave its approval, the Cabinet Committee on Security gave its nod last week.

Sources have confirmed to Financial Express Online “The AK-203 to be manufactured in India is going to cost around USD 930 per rifle, based on the exchange rate today. This means compared to other assault rifles globally it could be cheaper than the rest.”

The sources said that the AK 203 deal also had royalty incorporated in it, but each side has agreed on ToT fee, and the cost of each rifle has come down considerably.

The formal negotiations for the assault rifles between the two countries had taken off in 2018 for the 7.62×39 mm chambered rifle.

Now that the deal has been formally done, the production will start at Amethi based facility and over the next 36 months the delivery of more than six lakh assault rifles is expected to be completed. These new rifles are going to replace the existing 5.56×45 mm INSAS (Indian Small Arms System).

Due to the ongoing standoff between the militaries of India and China, an emergency procurement of 70,000 AK-103 had to be made.

As was reported in 2019, the foundation stone of the Korwa facility in Amethi was laid by Prime Minister Narendra Modi for the production of the Kalashnikov.

Pricing was another big issue that needed to be addressed. According to reports, the price quoted by the erstwhile Ordnance Factory Board (OFB) was much higher than what a direct import from Russia would be. To resolve this issue a special committee was set up by the Ministry of Defence (MoD). The OFB had cited reasons for a higher price which included the cost of setting up the facility, training, the absorption of the ToT and the man hours that would go into the production work.

Why did India buy American rifles?

The delays caused the Indian Armed Forces to urgently order SiG716 rifles from the US. This was done under the fast-tracked process (FTP) and it was for the frontline soldiers, and this led to follow on order. This now means that front line troops have the American SiG716 rifles.

The assault rifles to be initially produced in India are meant primarily for the Indian Armed Forces and once the orders are completed, the State police as well as central armed police forces will also be placing their orders for the AK-203.

On Monday at the end of bilateral talks between the defence ministers of India and Russia, four agreements/contracts were inked in the presence of the leaders. These include: Contract for procurement of 6, 01,427 AK-203 Assault Rifles 7.63X39mm through IRRPL; a protocol was inked for amending the the earlier 2019 agreement for cooperation in the field of Kalashnikov Series Small Arms Manufacturing; the extension of the Military Technical Cooperation from 2021-2031 and finally a protocol of the 20th IRIGC-M&MTC which the two defence minister inked.

The bilateral meeting was followed by the maiden 2+2 ministerial dialogue between the two countries.