Within the framework of BRICS, SCO, RIC and other relevant formats, the two sides will also work on developing military dialogue and deepen counter-terrorism cooperation bilaterally. 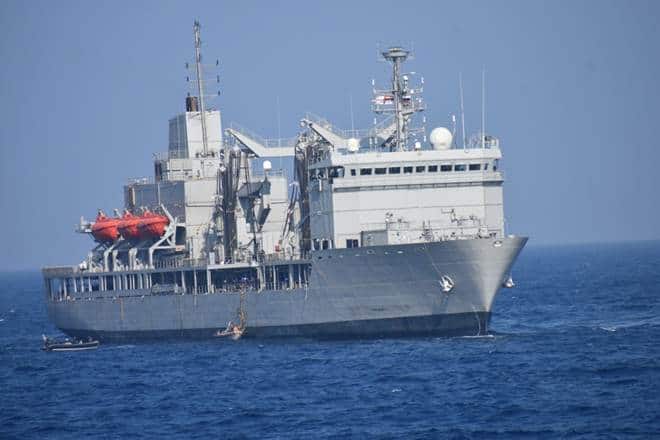 In an effort to further strengthen military relations with India, Russia plans to implement contracts exceeding $ 14.5 billion as well as the Inter-Governmental Agreement aimed at joint development and production of military equipment and spare parts.

And as has been discussed between the two leaders Prime Minister Narendra Modi and the Russian President Vladimir Putin at the recently concluded annual summit, Russia is planning to localise up to 80 per cent of various platforms and is also looking at the possibility for the joint entering the third countries.

Within the framework of BRICS, SCO, RIC and other relevant formats, the two sides will also work on developing military dialogue and deepen counter-terrorism cooperation bilaterally. Both countries have already agreed to extend the agreement for mutual military and technical cooperation for ten years which will expire in 2030.

In a joint statement which was released at the end of the annual meet in September, it was decided that there will be no delay in spare parts as well as improving the after-sales service system for the military platforms being used by the Indian Armed Forces.

Today’s Indian armed forces are using almost 60 per cent of military platforms from Russia which is a has been recognised as one of the most trusted partners in the military field.

According to the Stockholm International Peace Research Institute (SIPRI), since 2014, Russia has been listed as one of the largest supplier of military hardware to India, surpassing the People’s Republic of China.

What is India getting from Russia?

India and Russia had signed a contract for the acquisition of the S-400 Triumf ‘SA-21 Growler’ long-range surface-to-air missile (SAM) systems which are worth approximately $5.43 billion. India, under the contract signed, will get five Triumf regimental kits.

As was announced earlier, the Indian Navy will be receiving four Project 11356 Grigorovich-class frigates, out of which two will be built in Russia by the Yantar Shipyard (a subsidiary of the United Shipbuilding Corporation) and two at the Goa Shipyard Limited.

Under the India-Russia Joint Venture, BrahMos Aerospace is already delivering ground- and sea-launched BrahMos cruise missiles to both the Indian Army and the Navy and has developed and successfully tested the air-launched variant of the weapon.

India is currently operating around 1,000 of T-90S Bhishma Main Battle Tanks, which have largely been made in India and production under the license of the 3VBM42 Mango 125 mm armour-piercing fin-stabilized discarding sabot (APFSDS) rounds for those vehicles is going on.

Talks are going on with Russia for the anti-tank capabilities of the ground troops.

A plant in Korwa (Uttar Pradesh) has been inaugurated, where the Kalashnikov AK-203 7.62 mm assault rifles, under a joint venture of Indo-Russia Rifles Private Limited will be manufactured.