According to the Ambassador, the two countries have already finalised around 22 projects which cover sustainable use of natural resources, transition to renewable energy, and climate resilient urban development. 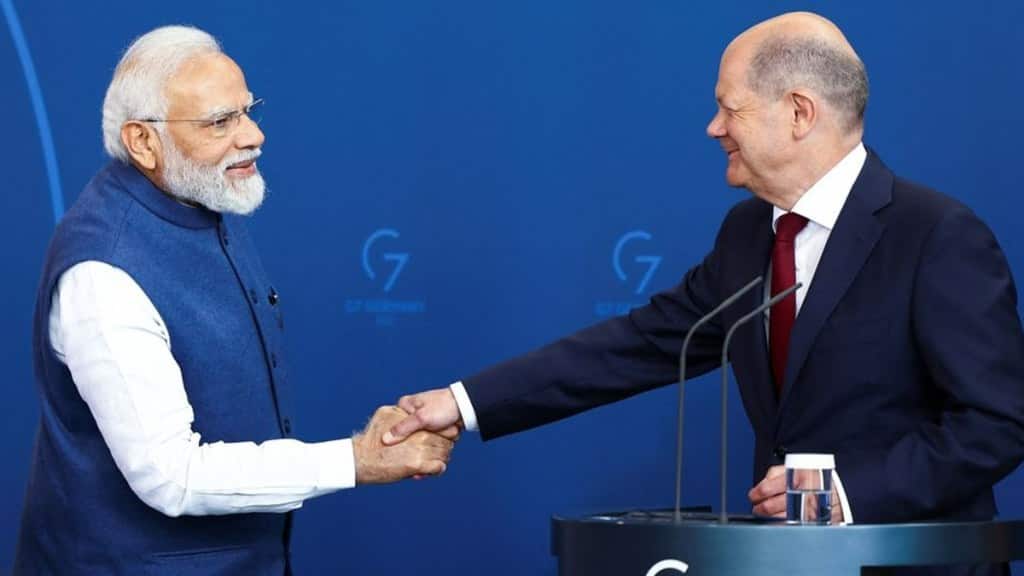 Partnership for sustainable and green development was signed by Prime Minister Narendra Modi and the German Chancellor Olaf Scholz earlier this year in May. (File Shot/Reuters)

India and Germany have agreed up on the development projects to the tune of EUR 1 billion for the year 2023. Both sides have jointly inked this in the backdrop of the development partnership for sustainable and green development which has been signed by Prime Minister Narendra Modi and the German Chancellor Olaf Scholz earlier this year in May.

Talking to media persons in New Delhi, German Ambassador to India Philipp Ackermann said that the German Chancellor is likely to visit India twice in 2022. The focus of the bilateral visit will be on deepening of strategic relations between the two sides as well as emphasis on sustainable and green development.

The bilateral visit will be ahead of the G20 Summit in September 2023 under India’s presidency.

According to the Ambassador, the two countries have already finalised around 22 projects which cover sustainable use of natural resources, transition to renewable energy, and climate resilient urban development. The total cost of these projects is around EUR 1 billion for the year which falls under the green and sustainable development partnership (GSDP).

During PM Modi’s visit to Germany this year in May, the German Chancellor had announced support of at least EUR 10 billion by 2030 under the GSDP.

Dr Philipp Ackermann said that a large part will be in the form of credit lines from KfW Development Bank. And the interest rates are between 2.7 per cent to 3.2 per cent.

According to him, all the new joint ventures in India will not only help in cutting down the greenhouse gas emissions, but will help adapt to climate change.

Adding, the main points of bilateral development cooperation with India will continue consistently and expand further in the coming years.

The Projects which have been finalized are going to be located in Meghalaya, Tamil Nadu, Rajasthan and Himachal Pradesh. “Germany was keen to cover the whole country,” he stated.

Responding to a question about India’s G20 presidency he termed the fight against climate change ‘’one of the most urgent problems’’ on the political agenda, and this is reflected in the issues listed by New Delhi for the year ahead.

Responding to another question, related to the Ukraine conflict, the German ambassador said that he thought the conflict will remain for a long time. Dealing with Russia will be one of the most difficult issues during the G-20 presidency, he said. “We have to see that this (Ukraine) conflict will remain with the G-20 in the years and the months to come. I am not a fortune teller; I don’t know what will happen next September. I am not overly confident that in two week’s time this conflict will stop. I don’t think so.”

He said that India has good relations with all sides including Russia. And this can be helpful in this conflict. “India has skilful and experienced diplomats and they would seize the moment if they knew if there was a chance for mediation,” he said.

On the agreement he stated that India is a key partner for Germany in mastering difficult tasks that the global community has to face. The two sides have agreed to concretely bring the new partnership for green and sustainable development to life. “The difficult negotiations at the world climate conference have clearly shown that we must make concrete progress with prominent partners like India to achieve something for climate protection quickly and substantively,” he said.