There is surely bound to be some give and take like allowing Chinese to blacktop their side of road to finger 4 and in turn allowing India to construct its feeder roads to the LAC from Darbuk-shyok-DBO road. 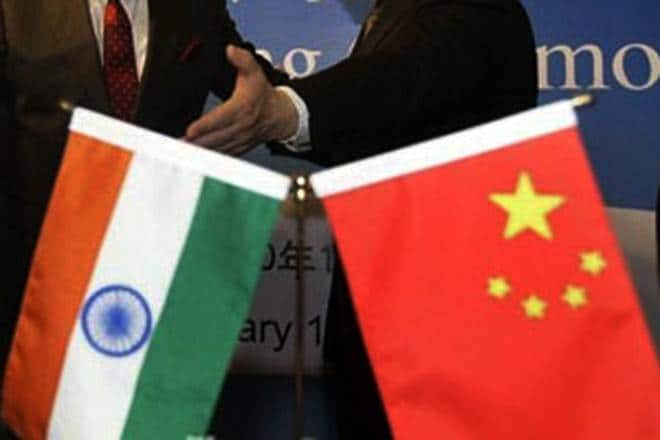 The main reason for China to nudge India is due to Chinese discomfort at India’s emergence as part of anti-China Coalition led by the USA.

The statement issued by the Ministry of External Affairs (MEA) displays willingness of the two sides to negotiate, and avoid a possible escalation of conflict in the Ladakh sector. The border issues are highly complex and nobody expects that to be resolved in a five-hour meeting between the two military commanders at Chushul-Moldo region. It will take several rounds of deliberations before an agreeable solution is achieved.

The restoration of the status quo would be the first priority of India, while China would expect some commitment to Indian activities near the LAC, especially on the construction of infrastructure in the region. “The details of the meeting are yet to be communicated, but the language of the brief statement exudes confidence for future dialogues,” opine experts.

What do experts say?

Says Prof Rajan Kumar, School of International Studies, JNU, “The government earlier rejected an unsolicited offer from President Donald Trump to play the role of a negotiator, and that is praiseworthy. It should not allow India to become a political front for US manoeuvres in Asia-Pacific and South Asia.”

“The government downplayed the issue of Chinese transgression in Ladakh sector despite tremendous pressure from the opposition parties. While acknowledging increased Chinese activities in the region, it avoided playing to the gallery. The government escaped sounding adventurous or reckless. To its credit, it did not try to ratchet up hawkish and hyper-nationalistic sentiments as we have seen in cases with Pakistan. It shows the maturity of its diplomacy and risk-avoidance behaviour in its dealing with China,” Kumar opines.

“One is certain that the issue will be taken up at various levels and two countries would manage to circumvent the logjam. India deploys maximum diplomatic resources in its dealing with China,” he concludes.

According to Prof Rajesh Rajagopalan, School of International Studies, JNU “It clearly appears that China is playing for time since they have little to lose. I am not sure that a long-winded discussion will really resolve this, unless India can in the meantime, create either additional facts on the ground or generate sufficient diplomatic or political threats that can be used to bargain. For example, India can copy China’s behaviour and intrude into areas that can then be used for such bargaining.”

“It is not clear however that there are areas where India can attempt this, or whether India’s political leadership has the gumption to actually approve such a clearly escalatory strategy. India can also attempt diplomatic signalling, such as on upgrading Quad or other strategies to push China under pressure. Unless India is willing to do this, a slow negotiation at the LAC will be pointless, and it is unlikely to achieve much, because China now holds all the cards”, Prof Rajagopalan opines.

From Military Point of View:

Says Brig N K Bhatia, an Indian Army veteran “The latest round of Indo Chinese talks held at the highest field commanders level commencing is certainly a big step to deescalate the situation, although Chinese sending only a Major General rank officer to engage with Indian Corps Commander may be viewed adversely by a few analysts. But one needs to see the positives rather than banter about the protocols.”

The main reason for China to nudge India is due to Chinese discomfort at India’s emergence as part of anti-China Coalition led by the USA. Out of the emerging coalition China shares the longest land border with India and that’s the primary reason for China to show its power and poke India.

“Other reasons for the animosity between the two countries are India not toeing Chinese line on Hong Kong and engaging with Taiwan. India assuming Chair of WHO for 2 years and increasing demands of putting the blame squarely on China for spreading COVID pandemic only adds to the long list of grudges that China nurtures against India,” Brig Bhatia says.

According to Brig Bhatia, “Indo Australian Agreement of June 5 and conclusion of 7 pacts including one on mutual assistance to each other’s navies would further fuel Chinese suspicions. Then US suggestion to include India in expanded G-7 summit is surely another issue of Chinese discomfort.”

India over the last year has moved fast and concluded Naval pacts to allow it’s navy to effectively counter the PLA Navy in the Indian Ocean Region with agreements at different levels with USA, France, Oman, UAE, Maldives, Seychelles, South Africa and Australia. The coming of age of the “Quad” comprising four main adversaries of China in the South Pacific Sea comprising the USA, Japan, Australia and India and holding naval exercises is to the discomfort of China.

“This is the main reason therefore for China to provoke India on its land borders is to get back at India as that’s the only place where both sides physically confront each other,” he observes.

There is surely bound to be some give and take like allowing Chinese to blacktop their side of road to finger 4 and in turn allowing India to construct its feeder roads to the LAC from Darbuk-shyok-DBO road.