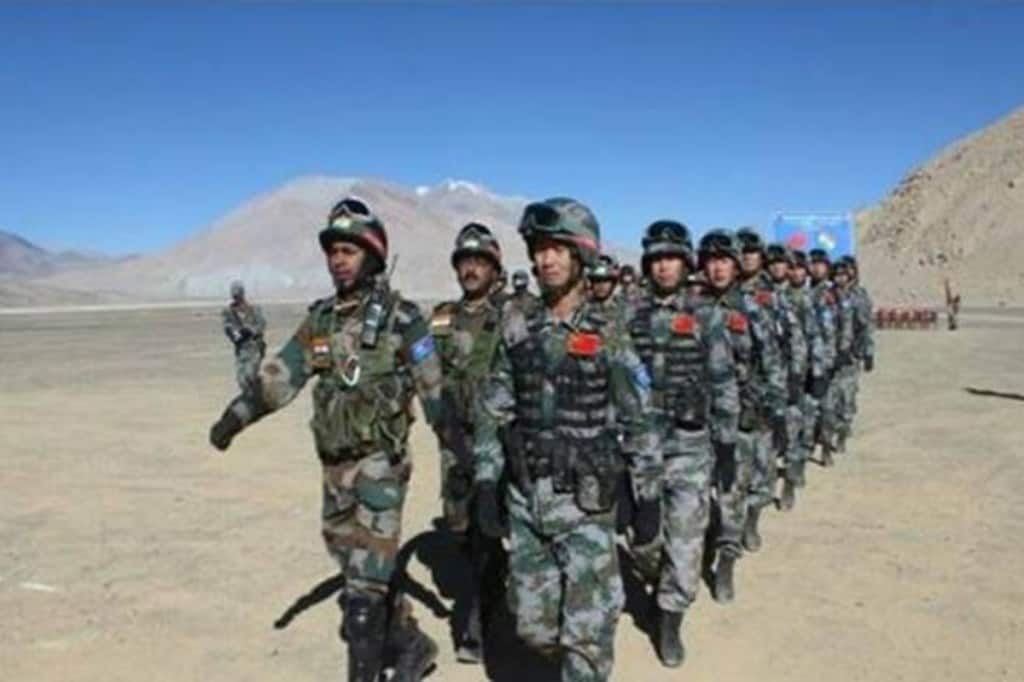 The escalation at the LAC is seen as a positive step too as it has awakened the Indian Higher Defence Organisation to wake up to the real elephant in the room which is China and not Pakistan.

The 11th round India-China Corps Commander Level Meeting was held at Chushul-Moldo border meeting point on 09 April 2021. In this marathon 11 hours (much shorter than the usual talks which would get over at 2.30 AM) it appears that there is a stalemate on the current deployment of the PLA and the Indian Army. The statement issued by the government does not reveal much on what was discussed in the marathon talks which started at 10.30 AM local time and ended at 11.30 PM local time. The PLA in a graduated manner of disengagement seems to have gained an upper hand for the moment as the Indian Army under the political directions (most probably advised by the Ministry of External Affairs) vacated the Kailash Range. The option to occupy remains, but escalation is expected by the PLA and it’s Hobson’s choice.

It is learnt that India has made it clear that pulling back troops from friction points along the Line of Actual Control (LAC) in eastern Ladakh could be done only after the Chinese army ‘disengages’ from areas like Gogra, Hot Springs and the Depsang plains. So far, the People’s Liberation Army (PLA) of China has been inflexible to this suggestion.

Also Read
The weakness in the strength of China
Catch-22 for HAL Tejas in Argentina
Indian Army: What it means to change the traditions and customs
IAF to add more teeth to its bite! Light Combat Helicopters to be inducted next month

The Ministry of Defence has released its statement “It was highlighted that completion of disengagement in other areas would pave the way for two sides to consider de-escalation of forces and ensure full restoration of peace and tranquillity and enable progress in bilateral relations.”

While the eyeball to eyeball contact and pull back has been a step in the right direction, the CCP/PLA apparently has been able to do its salami-slicing and is in no hurry to go into a “hot war” mode to achieve its territorial gains. The government compulsions by various challenges to include the pandemic, economic slowdown, elections needed its focussed attention. The LAC intrusions have been left to external affairs minister Dr Jai Shankar to handle and as suspected the military is relegated to play the second fiddle. The Army would have had no choice against the government priorities.

The escalation at the LAC is seen as a positive step too as it has awakened the Indian Higher Defence Organisation to wake up to the real elephant in the room which is China and not Pakistan.

India may not be able to match China in the allocation of budget to the Defence Services and match in combat platforms; land, air and sea to include sub-surface, it needs a much-focused approach to restructuring and optimisation of its resources to have a decisive edge wherever the advantage can be exploited.

The QUAD and hope that the US will ally with India to contain the Chinese Juggernaut, were dashed as the US dismissed India’s objections to US Freedom of Navigation operations against India’s maritime claims by saying the US does FONOPs against ‘excessive’ maritime claims of nations around the world, friend & foe.

Will the PLA Navy follow suit and what will be our strategy is something that has the CDS/ DMA would be working very closely with the MEA and MoD, hopefully, to counter such moves by friendly and not so friendly Navies.

India must understand that National Security is something that it has to deal with by itself. There are no friends who will fight our battles whether it be the Pandemic, Economy or our territorial borders / EEZ.

(The author is Indian Army Veteran. Views expressed are personal and do not reflect the official position or policy of Financial Express Online.)