India and the UK back to talks to resolve travel regulations

Late Friday evening, the British High Commission issued a statement stating that both sides are engaged in talks related to technical cooperation. 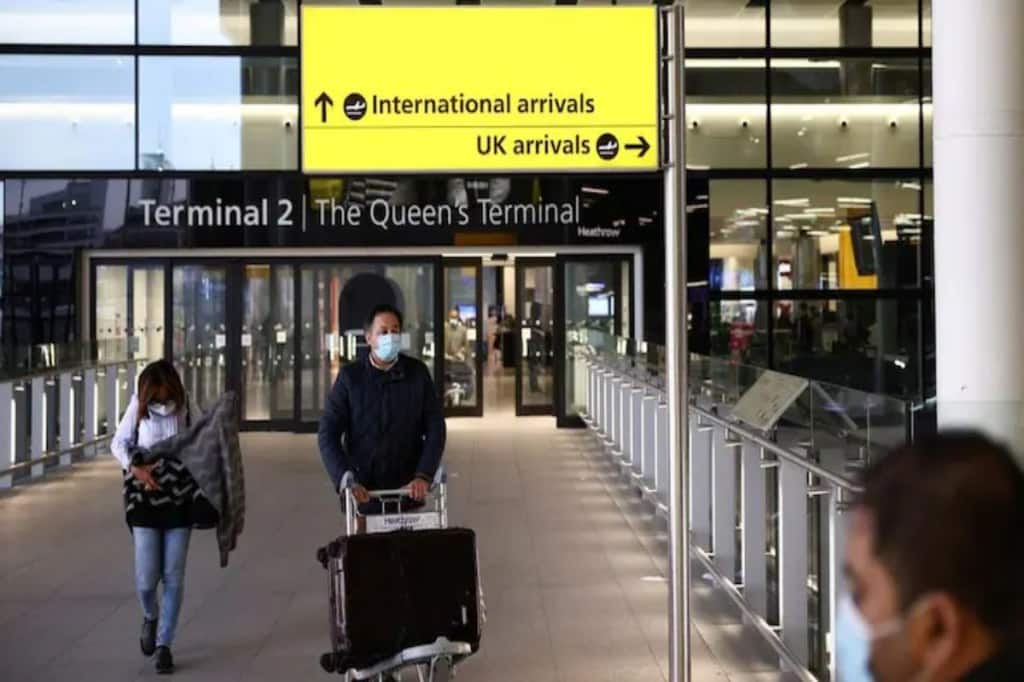 The British High Commission statement has once again stated that all Indians travelling to the UK have to undergo a pre-departure test, irrespective of the vaccination status. (Reuters Image)

India and the UK are back at the table to discuss the travel regulations which will come into being from next week (Oct 4, 2021). This comes close on the heels of India’s decision to impose mandatory 10-day quarantine for all the UK nationals arriving in the country, despite their vaccination status.

Late Friday evening, the British High Commission issued a statement stating that both sides are engaged in talks related to technical cooperation. This would help in the expansion of the UK‘s recognition of vaccine certification by a relevant public health body in India.

In September, New Delhi had warned the UK of imposing reciprocal measures after the UK had refused to accept Indian people travelling fully vaccinated with AstraZeneca Covishield and they have to go for mandatory quarantine. While the AstraZeneca Covishield along with some other vaccines was approved by the UK government, they refused to accept the CoWIN certificate issued to the Indian people after vaccination.

According to an official statement issued on late Friday evening (Oct 2, 2021), a British High Commission Spokesperson said: “The UK is continuing to work on expanding the policy to countries and territories across the globe in a phased approach. And the country is open to travel. There are already a lot of people from India travelling to the UK, including students, tourists and business people.”

Adding, “In the year ending June 2021, so far 62,500 student visas have already been issued. There has been a significant rise of around 30 per cent as compared to the previous year.”

Sources told Financial Express Online, “Decisions associated with the vaccine recognition are based on the public health factors and are taken by the ministers in the UK. The government of the UK is planning to expand the role that vaccination can play especially for those who are fully vaccinated elsewhere to enter the country.”

To keep the borders open and gradually allow the movement of people, the government of the UK is constantly reviewing the situation and also checking on the scientific evidence on other vaccines.

“All categories of visa applications from India get processed. Also, to travel to the United Kingdom, one does not have to be vaccinated,” the source quoted above said.

The British High Commission statement has once again stated that all Indians travelling to the UK have to undergo a pre-departure test, irrespective of the vaccination status.

Also, a Covid 19 test on or before day 2 and on or after day 8 is required and self isolation for ten days. Under `Test to Release’ service one can quarantine for around 5 days.

What steps India plans to implement from Oct 4

All the UK nationals (holding the UK passport) have to follow to get a pre-departure Covid-19 RT-PCR test. This test has to be within 72 hours before the person travels.

On reaching the airport in India, the traveler with the UK passport has to take the Covid-19 RT-PCR test. Then a similar test has to be taken on day 8 of arrival. Sources have confirmed, “All UK passport holders, even those OCI card holders with a UK passport will need to follow the regulations.” “These regulations are reciprocal in nature.”

All the UK nationals will have to undergo quarantine which is allowed at home or the destination stated while boarding the flight to India. These regulations will be implemented by the officials of the Ministry of Health and Family Welfare, and the Ministry of Civil Aviation.

Even after putting India under the `Amber’ List, the passengers vaccinated in the UK or Europe had been exempted from the regulations in place, and Indian students and travelers with the Indian passport had to undergo all tests and quarantine.