Financial Express Online has already reported the strategic importance of Djibouti and the Horn of Africa. 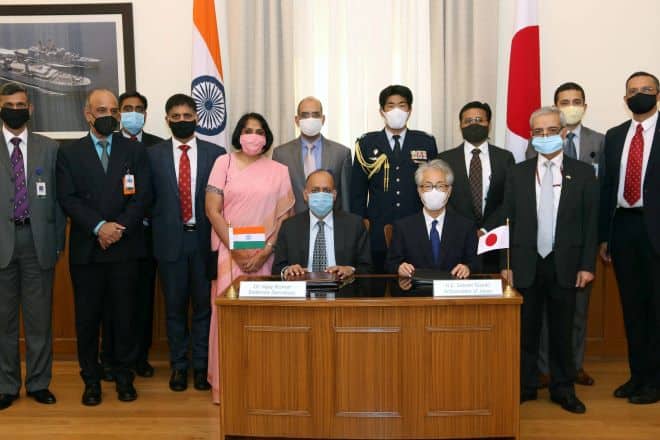 Defence Secretary Dr Ajay Kumar and Ambassador of Japan Mr Suzuki Satoshi during the signing an Agreement between the two countries on Reciprocal Provision of Supplies and Services between the Armed Forces of India and The Self-Defense Forces of Japan, in New Delhi on Wednesday, September 09, 2020. The agreement establishes the enabling framework for closer cooperation in reciprocal provision of supplies and services while engaged in bilateral training activities, United Nations Peacekeeping Operations, Humanitarian International Relief and other mutually agreed activities.

As has been reported by Financial Express Online earlier, Acquisition and Cross-Servicing Agreement (ACSA) will allow access to each other’s provision of supplies and services during the bilateral exercises and training, UN Peacekeeping Operations, and other Humanitarian activities. Such an agreement is also known as Mutual Logistics Services Pact – which India already has with a few countries including –the US, France, Australia. And, a similar agreement is being discussed with Russia and will be raised when the leaders meet in New Delhi for the annual summit next month.

The agreement was signed by Defence Secretary Ajay Kumar and Japanese Ambassador Suzuki Satoshi. According to the Ministry of Defence statement, “The agreement which was signed on Wednesday concerns Reciprocal Provision of Supplies and Services between the Armed Forces of India and The Self-Defense Forces of Japan.”

Also, with this agreement in place, interoperability between the Armed Force of India and Japan will be enhanced, under the Special Strategic & Global Partnership between the two countries there will be a significant increase in defence engagements at the bilateral level.

Both countries have been working towards strengthening military ties and advancing cooperation towards peace in the Indo-Pacific Region. Both had their first-ever India-Japan Foreign and Defence Ministerial Dialogue (2+2) in 2019.

Why is the Agreement important?

Amid the growing tensions between India and China along the Line of Actual Control which is likely to escalate further, with the ACSA agreement with Japan in place, the Indian Navy is going to get access to the Japanese base in Djibouti and the Japanese will get access to Andaman and Nicobar Islands.

Financial Express Online has already reported the strategic importance of Djibouti and the Horn of Africa. The Chinese, as part of their global maritime aspirations have a full-fledged military as well as naval presence there.

With an agreement in place with France, New Delhi has got an access to Djibouti and an agreement with Japan will help too.

And with ACSA in place, the Japanese Navy will get access to the facilities at A&N.

The ACSA is being negotiated since 2018.