India and Chile to discuss PTA expansion, Green Hydrogen and mining next month

Both countries are also focused on expanding Agricultural cooperation. Besides addressing market access issues for products of mutual interest, the two sides are working on an agreement on Agriculture. 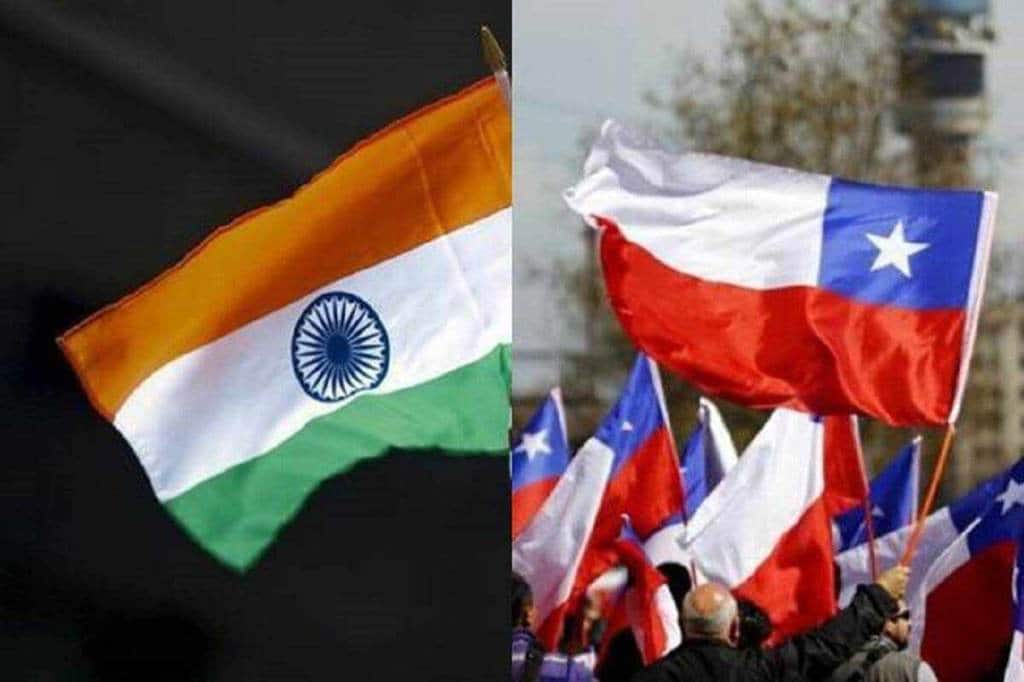 The foreign minister of Chile will also discuss Green Hydrogen with the Indian side, as well as mining projects.

The next round of negotiations for the 2nd expansion of the India-Chile Preferential Trade Agreement (PTA) is scheduled to take place next month. For India-Chile bilateral relations, next month is very important, as the Foreign Minister Andrés Allamand is visiting India. Also the South American nation will officially inaugurate a Consulate General in Mumbai.

Sources have confirmed to Financial Express Online, “The next round of negotiations is slated to take place from April 8-9. These talks will take place virtually.”

As has been reported earlier, India is negotiating with the South American nation for the second expansion of the existing India Chile PTA which will help in further deepening and widen the PTA.  Both sides have exchanged their respective wish list, as was decided in the previous meeting. Unfortunately, due to the global pandemics the talks were delayed.

PTA with Chile was expanded in 2017, and has helped in boosting bilateral trade between the two countries. Today Chile is India’s fifth-largest trading partner within the LAC region. It is extensively engaged with the outside world and has free trade agreements with a large number of countries and regions.

The two countries are already negotiating for further expansion of a trade agreement which will help in boosting two-way commerce and economic ties.

The PTA was inked on March 8, 2006, became functional in 2007. Later in 2016, both countries expanded the scope of the agreement by including more products.

The two countries are also discussing a Bilateral Investment Protection Treaty. Both the countries already have a Double Taxation Avoidance Agreement which was signed last year.

Visit of the Foreign Minister next month

The South American nation has designated India as a priority country in its foreign policy and has been looking for deepening bilateral relations in various fields.

The foreign minister is visiting India next month. Though he is also speaking at the Raisina Dialogue which will be held between April 13-15 in New Delhi, he is scheduled to meet his Indian counterpart and other senior officers here.

Last year in October due to global pandemic, the two countries held their first Joint Commission meeting virtually. External affairs minister S Jaishankar and Chile’s Allamand Zavala in this meeting reviewed the bilateral cooperation. This was the institutionalized dialogue between the two sides at Foreign Ministers level.

As reported the two sides last year had agreed to `add momentum’ in their cooperation in various sectors which includes Space Cooperation, Mining and Science and Technology, Defence & Security and Energy.

Both countries are also focused on expanding Agricultural cooperation. Besides addressing market access issues for products of mutual interest, the two sides are working on an agreement on Agriculture.

Renewable energy is another area the two countries are looking at.

Recently the government of India has unveiled a national hydrogen mission. This mission is expected to accelerate plans to get the carbon-free fuel from renewable.

According to a recent report of The Energy and Resources Institute (TERI), by 2050, nearly 80 per cent of India’s hydrogen is projected to be green – produced by renewable electricity and electrolysis. The report has stated that green hydrogen will become the most competitive route for hydrogen production by around 2030.

Chile could produce 160 million tons of green hydrogen per year, according to the International Energy Agency has estimated that. Chile’s energy ministry’s figures indicate that green hydrogen could contribute up to 20% of the country’s cumulated carbon emissions reduction by 2050.

The foreign minister of Chile will also discuss Green Hydrogen with the Indian side, as well as mining projects.

Chile is the longest country in the world, and has a large maritime boundary. With a huge base of natural resources which includes copper, tin, forest resources, Chile also controls a large part of Antarctica.