In its note on the scheme, the IAF described Agnipath as a new human resources management scheme for the armed forces and said a candidate enrolled in the force will be governed by the Air Force Act, 1950. 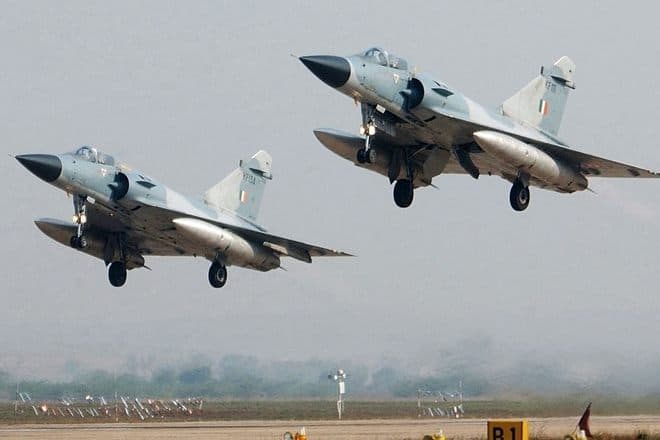 The IAF said Agniveers enrolled under the scheme are liable to be assigned any duty in organisational interest at the discretion of the force.

The Indian Air Force on Sunday came out with details of the Agnipath scheme for short-term induction of soldiers amid widespread protests in several states by defence job aspirants demanding the withdrawal of the new model. In its note on the scheme, the IAF described Agnipath as a new human resources management scheme for the armed forces and said a candidate enrolled in the force will be governed by the Air Force Act, 1950.

The IAF said the release of the recruits at their own request prior to completion of the engagement period will not be permissible except in exceptional cases, with the approval of the competent authority. The 29-point note provides various details of the new enrolment scheme including eligibility criteria, remuneration package, medical and CSD (Canteen Stores Department) facilities, compensation for disability, computation of extent of disability, leave and training, among others.

For personnel below the age of 18, the IAF said, the enrolment form will need to be signed by the parents or guardians in accordance with the extant provisions.

The Agnipath scheme, announced on June 14, provides for the recruitment of youths in the age bracket of 17-and-half to 21 years for only four years with a provision to retain 25 per cent of them for 15 more years. Later, the government extended the upper age limit to 23 years for recruitment in 2022. The personnel to be recruited under the new scheme will be known as Agniveers.

“Post the period of four years, all Agniveers will go back to the society. However, based on organisational requirements and policies promulgated by the IAF, Agniveers who have exited will be offered an opportunity to apply for enrolment in the IAF in the regular cadre,” the IAF said. “The skills gained by each Agniveer will be captured in a certificate to form part of his resume. These applications will be considered by a centralised board in a transparent manner and not more than 25 per cent of the strength of the specific batch of original Agniveers will be enrolled in the IAF based on performance,” it added.

The Agniveers will not have any right to be selected for further enrolment into the armed forces, and the selection will be the government’s exclusive jurisdiction. It said subsequent enrolment as airmen into the regular cadre of the IAF, except for medical tradesmen, will be available only to personnel who have completed their engagement period as Agniveers.

The IAF said Agniveers enrolled under the scheme are liable to be assigned any duty in organisational interest at the discretion of the force. They will be entitled to honours and awards as per the extant guidelines.

“To encourage and recognise dynamism of youth, a distinctive insignia will be worn by Agniveers on their uniform during their engagement period,” the IAF said. It said grant of leave will be subject to exigencies of the organisation, adding 30 days’ annual leave will be granted to each Agniveer while sick leave will depend on “medical advice”.

“Endeavour will be made to enrol candidates as Agniveers from all parts of the nation, utilising contemporary technology (online STAR exam and associated testing methods), specialised rallies and campus interviews at recognised technical institutes,” the IAF said.

It said ‘Agniveers’ would form a distinct rank in the IAF, different from any other existing rank, adding the recruits will be required to accept all terms and conditions of the new scheme.