Besides the Dassault Aviation pitching their `Rafale’, Sweden has offered Gripen E/F from SAAB; F/A-18 E/F Super Hornet by US based Boeing Company and Lockheed Martin’ F-16V. 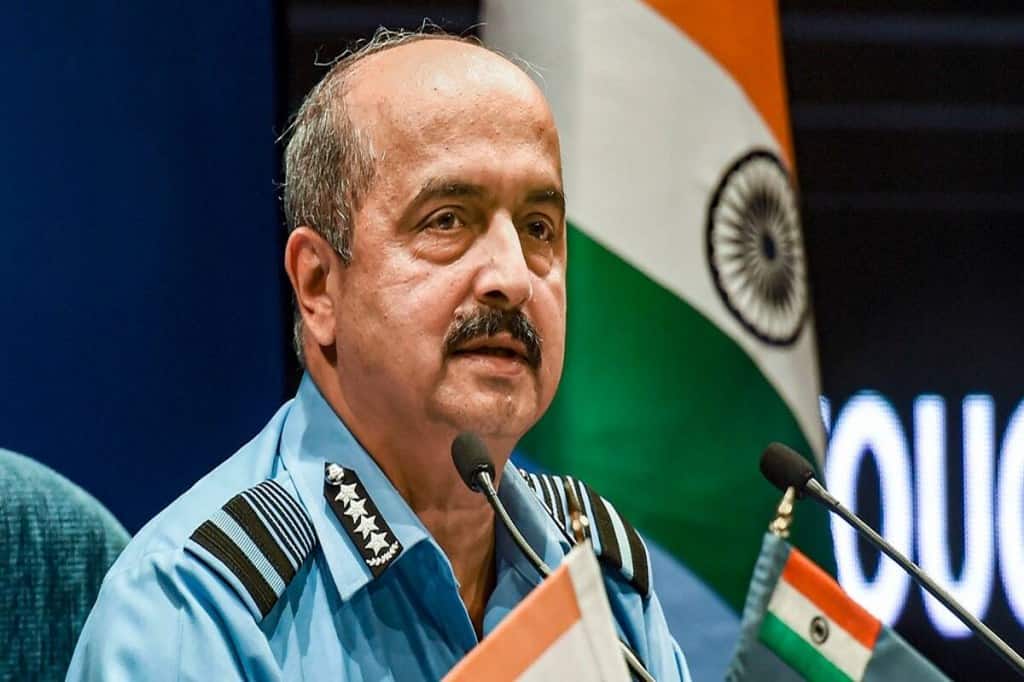 The S-400 air defence system is expected to reach India next month. A team from IAF is already in Moscow undergoing training. (PTI/File)

Ahead of the Air Force Day on October 8, the new Indian Air Force (IAF) chief had said that India is ready to deal with a `two front war’ which will involve China and Pakistan. And “for this, the focus of the IAF has been to enhance its overall combat capabilities,” Air Chief Marshal VR Chaudhari said on Tuesday. However, a decade from now, with new inductions of fighter jets, the Indian Air Force (IAF) will not be able to have 42 squadrons.

Responding to media queries related to the dwindling fleet numbers, ahead of the Air Force Day on Oct 8, Air Chief Marshal Chaudhari said, “Though there are plans to induct new fighters to replace the fighters which are being phased over the next 3-4 years. However, over the next 10-15 years, IAF will not be able to have the mandated 42 squadrons.” Until the next decade the IAF will be left with just 35 squadrons.

To a question on the status of the Request for Information (RFI) for 114 fighter aircraft, the new chief in his first interaction with the media persons said that the responses have been received from the OEMs (Original Equipment Manufacturers) and efforts are on to move the case faster.

Besides the Dassault Aviation pitching their ‘Rafale’, Sweden has offered Gripen E/F from SAAB; F/A-18 E/F Super Hornet by the US based Boeing Company and Lockheed Martin’ F-16V which has been recast as the F-21 and the Russians have offered the MiG-35.

Will the new fighters be under the Strategic Partnership model?

“The decision for the manufacturing process will be taken by the Defence Acquisition Council (DAC)”, he said. According to him the 114 aircraft will be under the Make in India Initiative and the IAF is looking at new technologies which will help in integrating the future 5th and 6th generation technologies.

To a question related to the MiG-21 Bison, according to the chief there are four squadrons which will be phased out over the next 3-4 years. “Before taking off, each aircraft undergoes thorough checks and is fully serviced.”

As has been reported by Financial Express Online, there are plans to induct around 200 fighter jets over the next few years. These include the 83 Mk 1A Light Combat Aircraft (LCA) made by the state owned Hindustan Aeronautics Limited (HAL) and 114 fighter jets which too are expected to be made in India. The deliveries of the LCA are expected to start by 2024.

According to the new chief the IAF is committed to the AMCA (Advanced Medium Combat Aircraft or the AMCA).

The AMCA is a twin engine fighter jet which is still on the drawing board and being developed by the Defence Research and Development Organization (DRDO).

Which aircraft are being phased out?

The phase out plan includes the MiG-21, MiG-29, Jaguars and Mirage-2000 over the next few years. Recently, India has bought some Mirage-2000 fighters from the French Air Force and will use these for cannibalizing for spare parts. “We are buying old Mirage fighters from France so that we can harvest them for the spare parts,” he explained.

“The first unit of the S-400 air defence system from Russia is expected to be on time,” Air Chief Marshal VR Chaudhari said.

The S-400 air defence system is expected to reach India next month. A team from IAF is already in Moscow undergoing training.

To a response on new airbases coming up along the Line of Actual Control (LAC) in eastern Ladakh and in the PoK, he said, “I don’t need to get alarmed about the short airstrips in PoK. And with respect to the airfields being constructed by the PLAAF will not impact the IAF operations. The Chinese Air Force will have issues related to high altitude missions.”

According to him “the IAF is fully committed to the theaterisation programme and different aspects which involve the three forces need to be considered. These commands are being created to integrate the various capabilities of the three services. This will help in ensuring maximum use of their resources.”

The induction of Rafale fighters from France and the Apache Helicopters from the US have added to the combat potential of the Air Chief. And the service is in the process of acquiring new combat systems which will help in retaining an edge over the enemies, he added.