Healthy cooperation between India and Africa

India’s historical footprint in Africa differs from that of other powers. Independent India led a worldwide movement against colonialism and extended moral/material support to African countries in their struggle for independence. 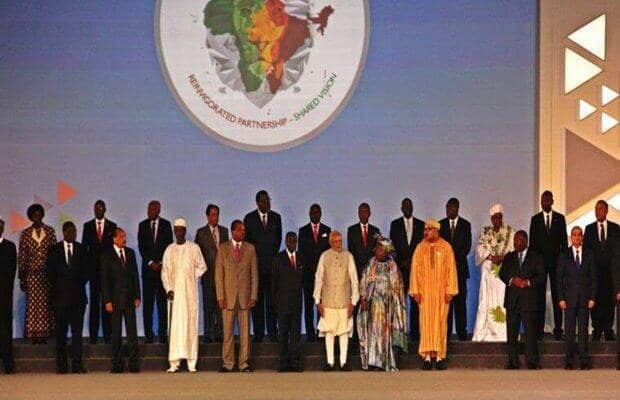 India has stepped up its global ambitions and foreign policy engagements with African countries in recent years. Bilateral trade increased from $ 7 b in 2001 to $63b in 2018. India is now the third largest export destination and the fifth largest investor on the continent. I was closely associated with the evolution of India’s Africa Policy as both desk officer in early 1990s and as Joint Secretary from 2005 to 2008.

India’s historical footprint in Africa differs from that of other powers. Independent India led a worldwide movement against colonialism and extended moral/material support to African countries in their struggle for independence. This was cemented by solidarity within the non-aligned movement and the fight against racism. India spearheaded the anti-apartheid movement in South Africa. The continent is also home to a sizable Indian diaspora due to old trade links. By hosting the First India Africa Forum Summit in 2008, India took a major leap forward in substantially upgrading its relationship with the continent.

What sets apart India in Africa? One, lack of historical baggage; two, an alternative model of development: affordable, appropriate and adaptable; and three, a relationship based on equality, solidarity and mutual respect. Over the past ten years, India has signed new bilateral agreements, opened new embassies, and is actively furthering trade, infrastructure and private sector investments. The bottom line of India’s engagement is to help Africa help itself through capacity building projects by showcasing, for instance, the success of India’s green revolution and advances in ICT. Further, a resource rich Africa and a resource scarce India complement each other. Both are developing economies with matching skill sets. Collaboration in public health is a case in point.

With an estimated population of 1.2b, Africa has 16% of world population and 24% of global disease burden. 70% of all HIV and 90% of malaria fatalities are in Africa. Africa relies on imports due to a lack of robust domestic pharma industry. By comparison, China and India each with roughly 1.4b population have as many as 5000 and 10,500 drug manufacturers respectively. India ranks 3rd worldwide in pharma production by volume and 13th by value because of lower price and high demand. This combined with manufacturing capacity of 60% of the world’s vaccines has earned India the title ‘pharmacy of the world’. Almost 20% of our pharma exports, valued at $17b are to sub-Saharan Africa, majorly being South Africa, Nigeria, Kenya, Ghana, Sudan, Tanzania. Continent wise, the three biggest apart from South Africa are Algeria, Egypt and Morocco. India’s historic role in supporting large numbers of relatively poorer nations-particularly in Africa-dealing with their HIV, TB, malaria through low-cost generic medicines is widely acknowledged.

At the turn of the century, Africa primarily traded with US, UK, Germany, France and the emerging economy of China, but from 2005 onwards the southern and western regions of Africa became large importers of Indian pharma, having the largest proportion of HIV. India’s expertise in producing generic drugs that sell at ¼ of their international cost was a game changer. Indian company CIPLA offered the antiretroviral (ARV) drug at US$ 350 per person per year, compared to USD 10,000-15000 that the big pharma was selling. More recently, in 2017, two Indian generic pharma companies Mylan and Aurobindo offered ARV at $75 a year, for supply to 92 countries, most of them in Africa. Growing ARV coverage has resulted in a significant decline in the rate of HIV in Africa. In another seminal move, the Serum Institute of India introduced MenAfriVac at a mere US$ 0.50 per vaccination which helped control meningitis in Africa. Africa, on its part, offers its experience in the successful containment of Ebola and other diseases for healthcare in India.

Our capacity to produce and willingness to share COVID 19 vaccines have further boosted India’s diplomatic heft. In addition, India dispatched medicines including hydroxychloroquine, paracetamol and other drugs to 25 countries of Africa to supplement their efforts to fight pandemic. Due to India’s active medical diplomacy, Africa’s reliance on affordable and quality medicines in addition to affordable Covid 19 vaccines has only increased. In keeping with the tradition, India has offered to support Omicron variant affected countries including by supplies of vaccines, essential life saving drugs, test kits, gloves, PPE kits and medical equipment such as ventilators etc, through WHO’s Covax facility or bilaterally. India has also expressed willingness for joint research in genomic surveillance and virus characterization.

A major challenge to improving access to generic medicines is through negotiated intellectual property rights waivers at the WTO where India and South Africa have made joint efforts against “vaccine nationalism”. In October 2020, India and South Africa had made the first proposal for temporary waiver of TRIPS agreement on drugs and Covid 19 vaccines for prevention and containment, without any results. Since then, however, mainly African countries have shown growing support for the proposal. In May 2021, a revised proposal was made with 62 co-sponsors, including India, South Africa and Indonesia. India has emphasized that it is paramount to incorporate the waiver into WTO’s response package before the next Ministerial meeting which has been postponed ironically on account of fears of the Omicron variant. India has quoted a recent UNCTAD report which states that developing countries by 2025 will be poorer by $8 trillion because of covid crisis, and the burden of delayed vaccination at $2.3 tr in terms of lost income will be borne by developing countries.

With its state-of-the-art medical facilities India has emerged as a medical tourism destination. Offshore treatment, however, is not sustainable as it does not lead to capacity building or help local economies. Africa loses about $1b annually on medical tourism, more than 50,000 patients visit India yearly. Some Indian companies have opened hospitals in Africa. Dr Agarwal’s eye hospitals have 10 facilities in African nations. Apollo Healthcare has opened hospitals in Nigeria, South Africa, Mauritius, Ethiopia, Tanzania and Zimbabwe. For more critical surgeries such as a kidney transplant, Apollo in Lagos, Nigeria, for instance, books the surgery at its hospitals in India, facilitates visa, flight and accommodation and the patient pays only $15,000 on an average with blood donor, consultations, follow-up, surgery, surgeon’s fee, anesthetist’s fee, drugs, board and lodging, airport pick up and drop. The same in the USA would cost $300,000. South Africa has been making medical advances and about 300,000 people travel to the country every year because of advanced infrastructure and medical technology and costs half of the UK, say, for vitro fertilization or any cosmetic procedure.

The African pharma market which is at 24b$ at present is poised for growth due to increasing peace and prosperity. Pharma is a major component of India’s trade expansion strategy. The elephant in the room is China. The Indian generic pharma industry is much bigger than China and has the largest numbers of FDA approved plants as well as product filing in the US. China knows it cannot compete with Indian capacity to export drugs in a regulated market and is on the way to outflanking India by setting up facilities for local production. Africa is on its way to creating regional medical hubs and tap into pharma markets to produce and distribute generic drugs that will reduce dependence on overseas countries for medical treatment. Countries such as Kenya, Nigeria and South Africa can learn from India’s success in setting up robust and sustainable domestic manufacturing industry. CIPLA, for instance, has entered a joint venture to set up facilities in Algeria and Morocco as manufacturing margins are higher in Africa than in India. CIPLA announced plans to set up a biosimilar facility in South Africa for treatment of cancer and autoimmune disorders. Pooled public procurement of medicines by African countries can be another important step towards improving access.

In a unique exercise to share its digital capabilities, the Pan African e-Network project initiated by late President Dr APJ Abdul Kalam has since 2009 offered telemedicine services connecting 12 Indian hospitals and educational centers with hospitals in 53 countries through satellites and fibre optic links. This is also an effective tool to treat contagious diseases. The tele-education component allows lessons over an internet connection or video link, while telemedicine specializes in diagnosing and treatment from remote locations. The e-network’s online and mobile applications will be added to improve accessibility and affordability of healthcare. Online platforms can be used to access information on blood banks, public hospitals, and organ donation. Mobile applications can also help track the vaccine status of population and disease awareness. However, telemedicine requires improved ICT infrastructure in the recipient countries.

Another advantage India offers is training under its Indian Technical and Economic Cooperation (ITEC) programme where more than 40% of slots have traditionally been earmarked for African countries. The e-ITEC course for healthcare workers and others on Covid-19 pandemic: prevention management guidelines for healthcare professionals, organized by the Ministry of External Affairs along with AIIMS Raipur, is also now extended to all healthcare workers of Africa.

Other challenges that must be resolved include combating the menace of counterfeit medicines; mobile apps, for instance, can verify medicines to tackle the problem. Some of the local trade policy measures such as anti-counterfeit bills in Kenya, may lead to procedural delays or impede India’s exports.

African countries face numerous challenges in health services, from severe shortages of healthcare professionals to weak governance, to limited infrastructure and policy barriers. The triennial India Africa Summit, the duty-free preferential trading scheme and the Pan African e-network have boosted India Africa cooperation in the health sector. During the third Summit in 2015, India had announced a contribution of $10m towards India Africa Health Fund. India and Africa remain committed to work together at political and policy levels to overcome challenges in cooperation in the public health sector.

(The author is former Indian Ambassador and former Joint Secretary, Africa, in the Ministry of External Affairs. Twitter:@nchauhanifs Views expressed are personal and do not reflect the official position or policy of Financial Express Online).