Hambantota Port: How Chinese acquired port from Sri Lanka to ‘keep an eye’ on India

The present Sri Lankan government handed over the Hambantota Port, barely 100-miles away from India, to the Chinese on December last year. 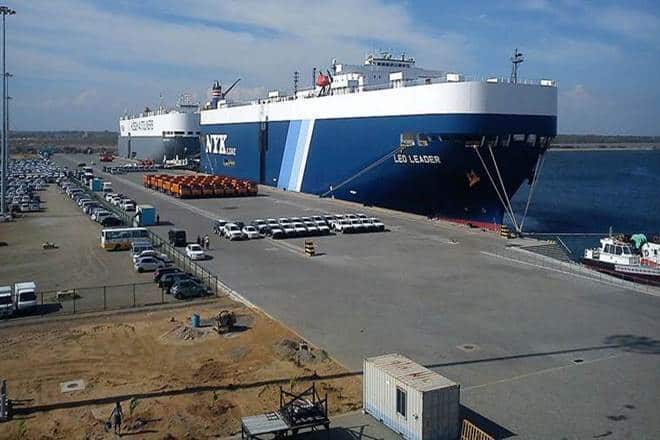 The present Sri Lankan government handed over the Hambantota Port, barely 100-miles away from India, to the Chinese on December last year. The Chinese government went ahead and acquired not just the practically traffic-less port of Hambantota, but also 15,000 acres of land around it, which includes the “world’s emptiest international airport” – Mattala Rajapaksa International Airport. The move itself had caused much worry for New Delhi because of its proximity to India, and the possibility of that airport being used to launch air strikes in Southern India in case of struggle.

How China acquired the port?

A report by the New York Times says that Sri Lanka practically fell into China’s “debt trap”. During president Mahinda Rajapaksa’s rule, the small sea town of Hambantota got internationally recognised when the president came up with ambitious plans to build an international airport, a sea port and an international cricket stadium, which has more number of seats than the total population of the town. While many lenders like India denied providing Sri Lanka with the loan because of the lesser opportunity in that area, China went ahead and provided the country with loans and assistance.

“At a time when tens of thousands of ships were passing by along one of the world’s busiest shipping lanes, the port drew only 34 ships in 2012,” the report stated. And there is just one international flight per week on the airport.

However, after Rajapaksha’s government got toppled over, the present day Sirisena government failed to pay the debts resulting in the acquisition.

What does the NYT report say?

The report, after “months of interviews with Sri Lankan, Indian, Chinese and Western officials and analysis of documents and agreements stemming from the port project”, states that during the 2015 elections, large payments from the port construction fund flowed into aiding the campaign for Mr. Rajapaksa, who agreed to Chinese terms at every turn and was seen as an important ally in China’s efforts to tilt influence away from India in South Asia.

The payments were confirmed by documents and cash checks detailed in a government investigation seen by The New York Times.

Sri Lankan officials said that the intelligence and strategic possibilities of the port were part of the negotiations since the very beginning. However, Chinese officials have rejected the claims stating that the motives were purely commercial.

The report further states that even though the deal managed to erase $1 billion debt of Sri Lanka, the other debts continued to increase at rates much higher than other international lenders.

In fact, the government is expected to generate $14.8 billion revenue this year, but its scheduled debt repayments have amounted to $12.3 billion, the report stated.

The investigation has also termed the Chinese ‘One Belt One Road’ initiative as a process of “quietly trying to take stock of how many deals have been done and what the country’s financial exposure might be”. It also termed the initiative as an attempt by the Chinese government to put “a debt trap for vulnerable countries around the world, fueling corruption and autocratic behaviour in struggling democracies”.