Production and manufacturing practices that are devised around buoyant volume predictions, extended production runs should be dropped in favor of low-volume adaptable manufacturing methods with quicker production cycles. 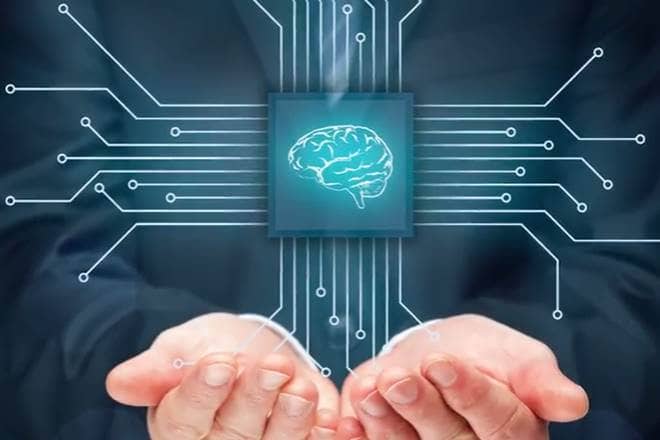 Today, the tech industry in India has arrived at a point where it produces software engineering talent on an unmatched scale.

There is no one universally agreed definition of Artificial Intelligence (AI). However, a general, albeit oversimplified definition of AI is the capacity of a computer system to perform tasks that typically require human intelligence, such as visual observation, decision making and speech recognition. Artificial Intelligence has expanded the space of function, for machines, by delivering artificial cognition to computers. This is not only permitting machines to execute certain errands but also making decisions.

Consequently, with every passing day, the applications of AI in defense are seeing speedy progressions. The global Aerospace & Defence (A&D) industry spends much less on research and development than other critical sectors like industrials, computing and electronics, healthcare etc. In fact, defense contracting around the world, has been amongst the most risk-averse area since the end of the Cold War, often choosing to repay investment to shareholders via share buybacks and dividend payouts, forsaking research and development completely on several occasions.

Early in this decade, the coming together of three major enabling technologies – big data, improved machine learning approaches and growth of computer processing power, advanced the state of Narrow AI, which describes algorithms that deal with specific challenges like game playing, navigation and image recognition. All the current AI systems fall into the Narrow AI category. In India, some progress in this direction has already been made. In February 2018, a multi-stakeholder task force on Strategic Implementation of Artificial Intelligence for National Security and Defence was constituted by the Ministry of Defence. While the task force will research various innovation in Artificial Intelligence globally and how it can be embraced by the defence sector, the Defence Public Sector Undertakings (DPSUs) and ordnance factories have been requested to build AI- assisted products. Today, the tech industry in India has arrived at a point where it produces software engineering talent on an unmatched scale.

In addition, many Indian software engineers have returned from working abroad, bringing an international view point on best practices and industry sector visions to bear. Consequently, they are uniquely poised to offer AI products and services to the Indian Armed Forces under the government’s flagship Make In India program. This in turn will provide a big boost to the indigenization of defence manufacturing. Many Indian tech companies that are interested in the country’s defence sector are longing for greater clarity, simplification, hastening of procedures, and further honest discourse and cooperation with the government.

In practice, this could necessitate a requirements-setting procedure that appears more like viable business models, with procedures that permit industry to meritoriously contest ideas that are incoherent with cost and schedule constrictions. It is both sensible and crucial for industry to aspire for a relationship of equals in the creation of multifarious mission solutions. The increasing competence of Narrow AI algorithms has inspired a ground swell of commercial interest, with U.S. technology companies alone, investing an estimated $38 billion in 2018. Some of the most lucrative fields where AI research is underway in the US, China, Russia, UK, Germany and France are:

? Intelligence assortment and analysis; ? Logistics; ? Cyber operations; ? Information operations; ? Command and control; ? Automated Weapons Systems; and ? Autonomous and semi-autonomous vehicles There is absolutely no reason why the tech sector in India should not invest in these rewarding areas. If you look at the transformations even during World War II where brigades went from 12 thousand soldiers to about 9 thousand soldiers, but the volume of fire power increased enormously in terms of fire power and weight of fire, and with time that has only lasted.

These days, a rifleman can carry rockets to destroy tanks, helicopters, artillery weapons as well as a rifle with all-weather day night optics and great accuracy. Add the capability to carry rather more ammunition than anyone before him just with a small autonomous armored vehicle, that does nothing apart from trail him around on the battlefield when he is on the move. Such vehicles can sit as a sentry and protect the soldier with motion sensors and communications systems. For mechanized infantry, small aerial and ground based UAVs can offer support.

Even just having armored sentries that can observe in the dark and all-weather conditions, including sensors that can see through dust storms and white outs, with powerful machine gun level weapons and enormous ready to fire ammunition reserves, they could engage large enemy forces. This requirement is equally vital for government. While sidestepping industry capture is crucial, it is also proper that only a combined tactic can slash costs while promoting innovation. Most governments, around the world, just doesn’t have the facts and figures it needs to successfully accomplish development and purchasing costs, and the only technique to get it, is through greater than before cooperation.

By suitably handling inducements, government buyers can secure these collaboration profits. Product development for the Indian armed forces is at the center of the affordability revolution. Product design and development must change, moving away from a prolonged procedure that aims for the most perfect technical results and toward rapid and time-certain growth models, in which affordability and risk cutback are indispensable performance considerations. Production and manufacturing practices that are devised around buoyant volume predictions, extended production runs should be dropped in favor of low-volume adaptable manufacturing methods with quicker production cycles.

Artificial Intelligence is ready to let loose the next wave of disruption in the defense industry and Indian tech companies should get ready for it now. A small number of products are on the market, a few more will arrive there soon to drive instant and extensive adoption. At present, we see real-life advantages for a few early adopting companies, making it more critical than ever for others to speed up their digital transformations.