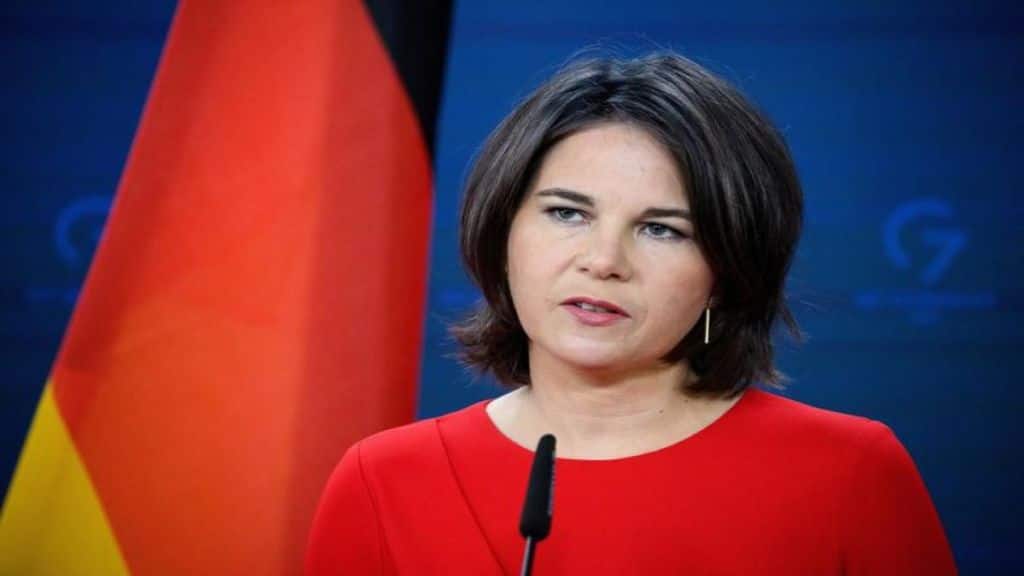 India and Germany on Monday inked a mobility partnership pact and held comprehensive discussions on key global challenges including the Ukraine conflict, situation in Afghanistan and cross-border terrorism emanating from Pakistan. The German foreign minister arrived here this morning on a two-day visit to discuss ways to further expand bilateral cooperation in a range of areas including energy, trade, defence and security and climate change.

The visit of the German Foreign Minister Annalena Baerbock takes place in the shadow of her unsavory remarks on the Kashmir which amounts to interfering in the internal matter of India. She made her remarks in response to a question during a joint press conference with Pakistan Foreign Minister Bilawal Bhutto in Bonn, Germany.

In the befitting manner, Indian government took strong objection to German Foreign Minister Annalena Baerbock’s call for the “engagement of the United Nations”. The Ministry of External Affairs (MEA) called such comments a “grave injustice” to the victims of terrorism.

This is important to highlight that India continues to rebuff the statement that Minister Baerbock made which is unfounded and violates the contours of Indo-German bilateral relations.

“From February to November, European Union has imported more fossil fuel from Russia than the next 10 countries combined,” Jaishankar said in a sharp retort to a question on why India has been procuring crude oil from Russia.

EAM Jaishankar indicates that India will continue to prioritize its own energy needs and continue to buy oil from Russia, as Western governments press Moscow with a price cap to squeeze its earnings from oil exports.

He added: “Europe will make the choices it will make. It is their right,” he told reporters. This comes in the backdrop of the price-cap on Russian Oil which is imposed by the group of seven major industrialized countries and European Union that is expected to come into effect Monday. India has not committed to the $60-per-barrel price cap on Russian oil

Jaishankar also said that India’s position on the Ukraine issue is clear that this is not an era of war and that the conflict should be resolved through dialogue.

While addressing the media, the visiting German foreign minister called India as a role model for many countries and noted that Berlin wants to bolster its security cooperation with New Delhi.

When asked about the challenges facing the region from China, Baerbock said there is a need to assess the threats while describing Beijing as a competitor and rival in many ways. “We now know what happens when a country becomes too dependent on another that doesn’t share the same values,” Baerbock said.

On the signing of the mobility pact between India and Germany, he said it is a strong signal of basis for a more contemporary bilateral partnership. He explained the pact will make it easier for people to study, do research and work in each other’s country.

In a statement earlier, Baerbock said “The Indian government has set itself ambitious goals not only in the G20 but also at home for its own people. When it comes to expanding renewable energies, India wants to push ahead with the energy transition more than before. Germany stands by India’s side”.

Indian and Germany have been exploring ways to expand bilateral economic engagement. Last month, Prime Minister Narendra Modi met with Chancellor Olaf Scholz on the sidelines of the G-20 summit in Bali.

While the German Foreign Minister did try to put forth the positive elements that she sought to strengthen the economic, climate and security policy cooperation with India beyond the strategic partnership, there must be greater effort based on the consistent dialogue and concrete measures to reignite the ties.