General Rawat, his wife Madhulika and 11 other people on board an Indian Air Force helicopter died in a crash near Coonoor in Tamil Nadu on Wednesday, the Air Force said. 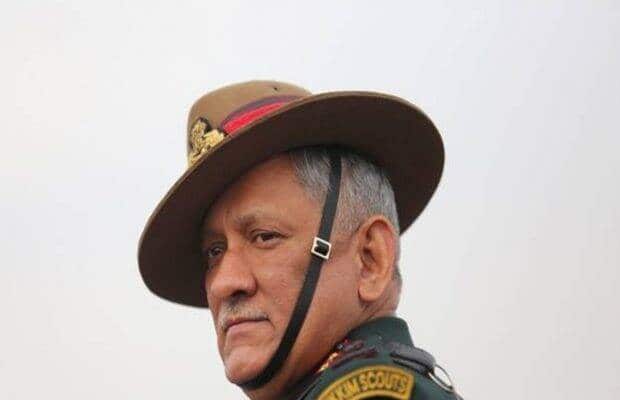 The copter carrying General Rawat and his entourage crashed in apparently foggy conditions, killing the 13 people on board, the IAF and other officials said. (Photo source: IE)

General Bipin Rawat, India’s first Chief of Defence Staff who died in a helicopter crash in Tamil Nadu, was a strong proponent of India-US defence partnership and helped deepen the strategic partnership between the two countries, a senior US official has said. General Rawat, his wife Madhulika and 11 other people on board an Indian Air Force helicopter died in a crash near Coonoor in Tamil Nadu on Wednesday, the Air Force said.

The copter carrying General Rawat and his entourage crashed in apparently foggy conditions, killing the 13 people on board, the IAF and other officials said. One person survived the crash and is being treated at a hospital.”We are deeply saddened to hear of the death of Indian Chief of Defence Staff General Bipin Rawat, his wife, and 11 others in that tragic helicopter crash in India today. General Rawat was a valued partner,” State Department Spokesperson Ned Price said at his daily news conference on Wednesday.

“He was a strong proponent of the US-India defence partnership. He helped to deepen the strategic partnership between our two countries. He was pivotal to that relationship, and that’s why our thoughts go out to the general’s family, to the families of all those on board this flight, and, of course, to the people of India on the loss that they have suffered today,” Price said.

Pentagon Press Secretary John Kirby, at a separate news conference said that on behalf of the entire Department of Defense, Defense Secretary Lloyd Austin extends their deepest condolences to the Rawat family, the Indian military and the people of India after the tragic death of General Rawat in helicopter crash.

“He left an indelible mark on the course of the U.S.-India defence partnership and was at the center of the Indian Armed Forces’ transformation into a more jointly integrated warfighting organisation,” Kirby said.’The secretary had the privilege of meeting with him earlier this year and really came to view him as a valued partner and a friend to the United States. Our thoughts and prayers are with the entire Rawat family, as they lost other family members in this crash, and of course the families of all the other victims of this terrible, terrible incident,” he told reporters.

Several top American lawmakers expressed their condolences at the demise of the Indian general in a tragic incident.“I send my deepest condolences to Narendra Modi & the people of India as they mourn the tragic deaths of General Bipin Rawat, his wife, Madhulika Rawat, & the 11 other crew members & passengers lost,” said Senator Rick Scott.

“India is strong and during this time of grief the United States stands with you,” he tweeted.“My deepest condolences to the people of India after the tragic death of General Bipin Rawat, head of India’s armed forces, his wife & 12 others today. My thoughts & prayers are with their families,” tweeted Senator Bill Hagerty.

“My most sincere condolences to the people of India and their armed forces for the lives lost in today’s tragic aviation incident. I will continue to do all I can to help our partnership grow into an enduring force for overcoming this and future adversities,” Congressman Michael McCaul said in a tweet.

“Please join me in praying for India today after this staggering loss,” Congressman Mark Green said in a tweet.General Rawat is survived by two daughters.