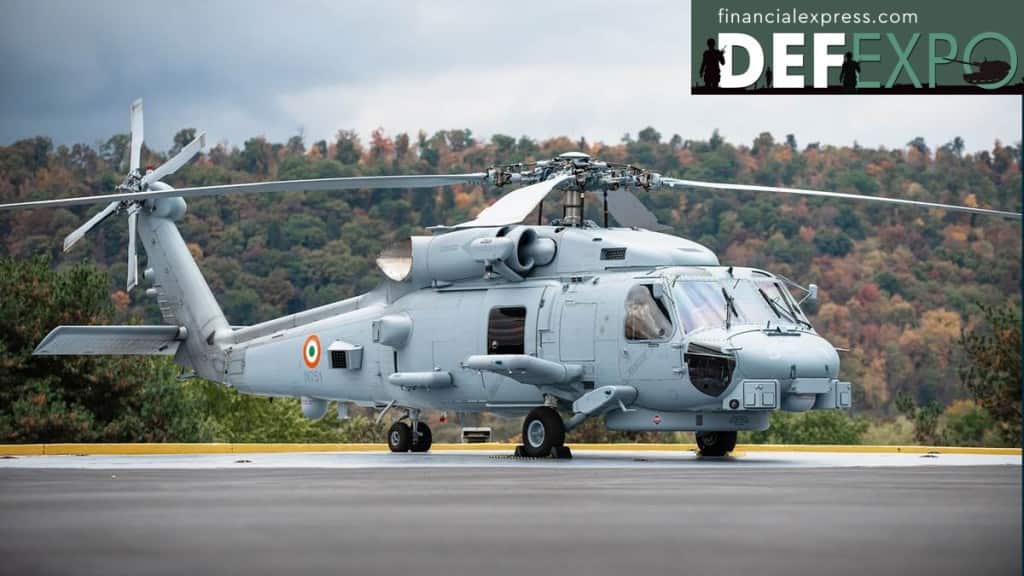 US-based aerospace company, Lockheed Martin has been present in India for almost three decades and opened their Indian subsidiary in 2008.  While the company is exploring opportunities for closer collaborations, and partnerships, it has aligned itself with various initiatives of the Indian government like Digital India, Make in India, Skill India and Startup India.

William L Blair, Vice President and Chief Executive, Lockheed Martin India, talks about the company’s presence in India and its various platforms being used by the Indian Armed Forces.

How is Lockheed Martin contributing toward India’s journey of Self Reliance?

Among the world’s major nations, India stands out for its commitment and ambition to build an indigenous industrial base for defence and aerospace. Prime Minister Modi’s call for increasing defence exports to USD 5 billion in 5 years is a testament to this commitment and ambition. Much of this will need to happen through the ‘Make in India’ vision and ‘Atmanirbhar Bharat’ abhiyan for defence which is both progressive and visionary.

Through various business programs over the last decade, Lockheed Martin has had the opportunity to work with Indian companies and develop long-term business relationships. The joint venturesand partners we have established over the last decade have generated value flowed down to Indian Tier 1/2/3 large, Micro, Small & Medium Enterprises (MSMEs) and start-ups supporting a foundation for the defence and aerospace ecosystem in India. We are fully committed to support the Prime Minister’s vision of self-reliance through supporting the growth of an indigenous defence manufacturing ecosystem, advancing the aerospace and start-up ecosystem, and strengthening India’s strategic security and industrial capabilities.

Additionally, Lockheed Martin has worked with Ashok Leyland to develop the next generation military vehicle for India and the global market. The vehicle has been field evaluated in various environmental conditions by the Indian customers and has been selected by some of the military users in India. Nine vehicles were delivered to the Indian Air Force in 2021 with a follow-on order for more. The engineering support, and the cooperative working relationship with Ashok Leyland was instrumental for the success of development and production of indigenous equipment – another great example of the ‘Make in India’ concept.

The company also hosts an annual Suppliers’ Conference to engage with the Indian industry to build upon the company’s existing foundation in India and identify additional strategic partners from across the country to include companies of all sizes- large, MSMEs and start-ups.

As part of our larger commitment to enhance the growth and development of India’s innovation, Lockheed Martin has sponsored and supported the India Innovation Growth Program (IIGP) since 2007. Aimed at developing entrepreneurship in India, IIGP 2.0 is the only public-private partnership of its kind in India that spawns indigenous innovation by training budding innovators in world-class strategies, promoting and providing incubation and acceleration support, and assisting in business development. The program is designed to accelerate the launch of early-stage Indian technologies into the global marketplace. To date, the program has generated over 400 business agreements and USD one billion of revenue for Indian start-ups and entrepreneurs.

Is the company making critical components which are being used on board various platforms and being exported globally?

India presents a tremendous opportunity for Lockheed Martin to build upon our foundation here and expand within multiple domains to meet the customer’s mission needs. For Lockheed Martin, India provides opportunities to not just partner with the government, public and private sectors in modernizing the country’s armed forces but to also contribute to the country’s society and economy.

Our other JV, Tata Sikorsky Aerospace Limited (TSAL), also established over a decade ago, manufactures aerospace components for commercial helicopters & aircraft and has expanded to include aircraft engine components for aerospace industry companies as well. It is also fully integrated into the global supply chain.

To date, TLMAL has manufactured and delivered more than 180 C-130J empennages and TSAL has delivered 157 S-92 cabins with over 87 percent indigenous content. More than $600 million worth of exports and over $200 million of revenue for Indian industry has been generated by these joint ventures. Lockheed Martin has invested over $100 million in manufacturing equipment, tooling and intellectual property.

As a show of commitment to our partners in India, Lockheed Martin last year qualified TLMAL to build one of the most technologically complex aerostructures ― a fuel-carrying 9G, 12,000 hour, interchangeable/replaceable fighter wing with more than 70 percent of the detailed parts produced indigenously.

From a Missiles and Fire Control perspective, Sniper Advanced Targeting Pod and Infrared Search and Track (IRST21) will soon have licenses for parts to be made in India. We are working with the US Government to secure these licenses and anticipate sending quote requests soon.

What about the supply chain and MSMEs?

To fulfill the government’s vision of making India a defence manufacturing hub, there is a massive opportunity for partnerships between Indian organizations including MSMEs, start-ups and foreign OEMs. Integrating MSMEs can help India build a strong and viable indigenous defence industrial capability and reduce dependence on imports. For foreign OEMs, MSMEs are ideal partners for strengthening India’s defence ecosystem, increasing aerospace and defence exports and for the cost-effective discharge of offset liabilities.

More than 500 suppliers including over 140 MSMEs feed into our two JVs and have benefited from the vision of Lockheed Martin and Tata working together. At present, more than 70 Indian suppliers have been integrated into Lockheed Martin’s global supply chain.

What are your expectations from this show?

We’re proud to participate at DEFEXPO 2022 as it gives us the opportunity to showcase our advanced technologies and innovative capabilities directly to the largest gathering of defence and aerospace partners and our customers in India. At DEFEXPO 2022, we hope to expand collaborations with local industry to support the evolution of an indigenous aerospace and defence manufacturing ecosystem in India, and further advance the country’s strategic security and industrial capabilities. Our objectives for the show include building upon the company’s existing foundation in India by identifying additional strategic partners from across the country, to include companies of all sizes — large, Micro, Small & Medium Enterprises (MSMEs) and start-ups.

Lastly, IAF chief said at a presser that the focus is on getting more indigenous content on board the fighters that are responding to RFI. What’s your thought on this?

We have been investing in building capability in-country in advance of the fighter aircraft competition, and as a show of confidence in Indian industry signed Memorandums of Understanding (MoUs) with Hindustan Aeronautics Limited and Bharat Electronics Limited to explore industrial opportunities to generate jobs and economic benefits in support of “Make in India” and “Start-Up India” initiatives, as well as in support of India’s air power mission.

The F-21 would serve as a force multiplier for the Indian Air Force (IAF) with an unmatched capability-to-cost ratio compared to the competition. In addition, the F-21 is equipped with state-of-the-art systems and sensors that would allow the Indian Air Force to detect, track and engage multiple targets in a contested environment.

The current and future state of warfare is and will be around gathering and sharing information across multiple domains ― air, space, land, sea, and cyber to make effective war fighting decisions as quickly as possible. The F-21 will be able to integrate across these domains and across Indian services to provide current and future relevance. Our F-21 offer is also “Made in India” which addresses the goals of “Atmanirbhar Bharat” while providing India with an improved security cooperation relationship with the United States. Furthermore, the F-21’s industrial offering will put India at the epicenter of the world’s largest fighter production and sustainment market creating thousands of new highly skilled jobs in India.