Eliminating Narco-terrorism should be one of our top priorities!

In fact, we found startling examples of ‘opium armies’ that thrive on opium to give them a high and as a result fight well without much life sustaining logistics. 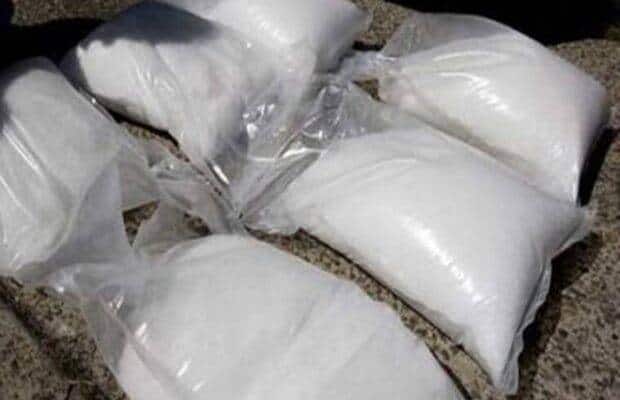 This not only adversely impacts the human resource but also fractures both the economic equilibriums as well as the health infrastructures. (Representational Image)
By Dr AP Maheshwari

It is not just about having recently watched the movie ‘Udta Punjab’ on the silver screen that one has felt the scourge of drug trafficking leading to violence and sufferings. One has already seen many other hard-hitting films and read books as well related to the issue. In fact, aggressive countries have often used this method against its enemies as a tool to incapacitate their population. This not only adversely impacts the human resource but also fractures both the economic equilibriums as well as the health infrastructures.

This has also been responsible for giving rise to parallel black economies nurturing colossal crime syndicates that also envelops human trafficking as well as smuggling of arms. It also becomes a conduit for sponsored terrorism as a proxy war tool. It doesn’t require much farsightedness to visualize how drastic and disastrous this can be to the internal security of a country. The common man is picked up and then trained often as suicide bombers by first inducing them into becoming drug addicts.

In fact, we found startling examples of ‘opium armies’ that thrive on opium to give them a high and as a result fight well without much life sustaining logistics. Chinese & the US armies are often quoted in this context. In fact, drug mafias are reportedly influencing the political & economic diktats too, owing to the money power and the clout they wield.

This, in a nutshell, brings us to the point that narco-terrorism or drug trafficking is not merely local but a global issue and intrinsically so potent that it actually leverages global choices by powerful nations. It is needless to say that drugs are often required for many medicines that safeguard human lives against diseases. Hence their cultivation, supply and manufacturing processes are controlled. Similarly, their usage for other purposes too. Any deviation is severely punished. India has, therefore, enacted narcotics and psychotropic substances act 1985 and it has been updated from time to time. We also have a coordination mechanism between the central and state agencies under our federal structure. Constant inter-agency coordination is very important.

Before we move on to the geographical and quantitative details, let us understand the socio-behavioral dimensions too. In India, historically small doses of opium or Bhang have been permitted as part of religious practices or during festivities. However, gradually these provisions have been made more stringent. The result has been that people have shifted to synthetic drugs which are cheap but much more harmful. So much so that some associates of AIIMS, New Delhi, as reliably learnt, had a study conducted in this regard and have derived the point that the traditional Indian system could actually be permitted, lest the more damaging synthetic option causes greater harm. It is a matter of making a choice between the bad and the worst. Then there are additional dangers of contracting AIDS & other life-threatening diseases due to varied indulgences under the influence of drugs.

As per the broad information available in the public domain, commonly known drug routes in Indian context are via the Golden Triangle passing through Myanmar, Bangladesh & Kolkata and via the Golden Crescent passing through Afghanistan & Pakistan; both touching base at Delhi & then moving further via Chennai-Sri Lanka axis as well as Mumbai axis to Kuwait, Western Europe, Africa, Australia & Canada. The Myanmar route via north eastern Indian states is also used for synthetic drug trafficking. The modus operandi is wide ranging, depending upon the geo-human terrain. Concealment tactics to exploitation of the riverine gaps, intruding the fence line through pipes, using human couriers and introducing varied customized or improvised tactics. Lately drone dropping has become the new trend. At the global level the volume of drug trafficking is roughly estimated to be over USD 600 billion involving about 190 million addicts. Almost all the parts of the world are affected by this scourge. India is estimated to have around 15 million users with proportionate levels of indulgence. A published data of 2019 indicates the seizure of 3000 kg of heroin and 4400 kg of opium that forms five to eight percent of the total trafficking as per broad estimates. The figures are an approximate guess but adequate to indicate the seriousness of the issue. One of the UN reports even claimed that it has increased by 30 percent in the past decade. It is also a matter of discussion in public circles that Pakistan is infusing drugs in the states of J&K, Punjab and Rajasthan as part of its game plan.

Hence there is a strong case for tackling the demand as well as the supply side of this looming menace. If we were to take a systematic approach, we could easily arrive at the following solution matrix that may be of help to a large extent-

Legalize the lesser harmful options as per research findings.

Plug the leakages in cultivation, supply and manufacturing networks.

Curb the financial flows and keep a sharp ‘intelligence-eye’ on such flaws in the system.

Much happens on the dark web. Hence close dark web surveillance could also generate some inputs.

Seek the assistance of international agencies.

Use the services of terror mitigation or investigation agencies to link the telltale signs together as drug trafficking is strongly linked with terror funding.

Focus on the main syndicates rather than the local isolated couriers.

Make a reverse probe based on an ‘area-watch’ on the neo rich in the probable zones.

Deal with drug addicts compassionately not only to motivate them to return to the normal life stream but also to help elicit as much information as possible during the process.

Check the illegal cultivations that usually flourish along the border areas or in the conflict prone interior segments.

To conclude, narco-terrorism needs to be taken seriously as it is not only creating pliable human resource for the terror groups or the adversaries but also funding the terror in a big way to nurture its entire ecosystem. In the long run it is going to damage the quality of the country’s human resource, destabilize the health systems, and weaken the security as well as the economic grid. Hence further awareness on such drugs is needed on a constant basis & not merely on the National or International anti-drug days. It not only promotes violence and consequent misery but also sabotages all our efforts to march ahead!

(The author is former DG, Bureau of Police Research & Development and DG CRPF. Views expressed are personal and do not reflect the official position or policy of Financial Express Online. Reproducing this content without permission is prohibited).