The first apparent message is that the Centre would continue maintaining relentless pressure on the terror eco-system still existing in a few geographical pockets along the LoC to ensure safety, security and wellbeing of all Kashmiris. The second was to reiterate and re-emphasise its total commitment towards socio-economic development of the local population through substantial infrastructural development as well as socio-economic welfare projects. 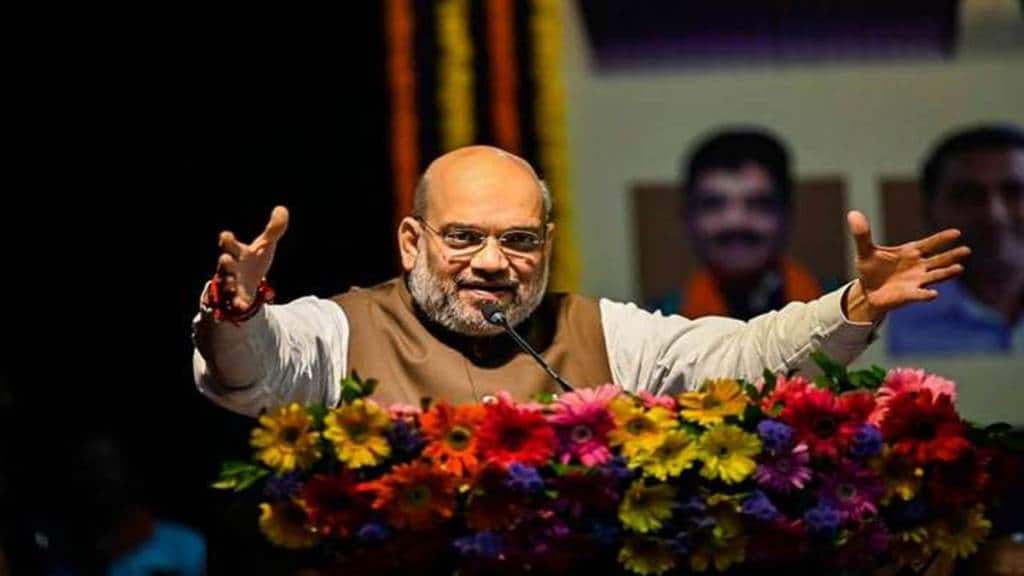 With Union Home Minister Amit Shah making a second visit to Kashmir in less than a year, the Modi led government at the center has unambiguously signalled its firm determination to implement the post abrogation 370 promises made to the people of J&K. Significantly, his visit was confined to the Rajouri-Poonch-Baramulla belt, which lies in close proximity to the Line of Control (LoC), and this too appears to have been made with the aim of sending out some firm and clear messages.

The first apparent message is that the Centre would continue maintaining relentless pressure on the terror eco-system still existing in a few geographical pockets along the LoC to ensure safety, security and wellbeing of all Kashmiris. The second was to reiterate and re-emphasise its total commitment towards socio-economic development of the local population through substantial infrastructural development as well as socio-economic welfare projects.

The Home Minister also used this visit to explore new ways to further enhance tourist inflows, given that the tourism and hospitality sectors are the bread and butter on which the denizens of the valley primarily survive.

The third message was to reassure the people of Jammu and Kashmir about the Centre’s firm commitment of fulfilling its promise of holding assembly elections soon, now that the delimitation process had completed. Last but not least, the visit was the loud and clear message that this strategically located region would not be allowed to go back to being the fiefdom of two or three dynastic families, nor be controlled by any one political party.

The Home Minister’s appeal to the youth to be the engines of change, to create an environment conducive and appropriate for the restoration of statehood sooner than later is a step in the right direction.

Shah, who was accompanied by the Union Minister of State in the PMO, Jitendra Singh, and senior officials of the Ministry of Home Affairs, was received by J&K Lt Governor Manoj Sinha, Chief Secretary Dr Arun Kumar Mehta and other senior civil and police officers of the UT administration. Some other senior local BJP leaders like Ravinder Raina, Nirmal Singh and others were also present.

He started off his visit by paying obeisance at Mata Vaishno Devi shrine and thereafter flew to Rajouri district in the Jammu division and addressed a public rally. He announced that the Pahari community of J&K would be granted reservation-related benefits under the Scheduled Tribe (ST) quota as per the recommendations of the Justice G.D. Sharma Commission once all legal formalities were completed.

This announcement created ripples, both for and against. The Paharis have been clamouring for inclusion in the ST category for decades and those supporting this proposal opine that when implemented, this would be the first instance of a linguistic group in India getting reservation benefits in terms of jobs and admission into institutions of higher learning.

However, what was not clarified is whether the central government would be able to surmount the opposition challenge in Parliament to amend the Reservations Act and thereby grant ten percent reservation to six lakh Paharis living in the UT, of which 55 percent are Hindus and the remaining 45 percent, Muslims.

So far, ST benefits have only been granted to the Gujjar and Bakerwal communities. The Paharis have questioned the fact that when all three communities are settled in the backward terrains of the Pir Panjal region, besides in Anantnag and Baramulla districts, why they should be denied reservations.

The Gujjar and Bakerwal communities, however, don’t see the Paharis as an ethnic group, but as a conglomerate of different religious and linguistic communities. However, at the Rajouri rally, Shah made it clear that all three communities would be treated at par and would get their due share.

The Rajouri rally was also used to indirectly kick-start the BJP’s campaign for elections (as and when they are held) to create a new legislative assembly. October marks eight months since the Centre began the delimitation process, or the redrawing boundaries of Assembly constituencies in Jammu and Kashmir.

The Delimitation Commission submitted its report on May 5 but owing to conflicting and even inimical interests, the Centre is rightly being extremely cautious in moving forward on this issue.  Well aware that academia, intelligentsia and India’s neighbour next door would have their ears to the ground vis-à-vis these proposed steps, the Centre, through Shah, was keen to use this visit as a sounding board to gauge the pulse of the people.

The rally at Rajouri was followed by another in Baramulla (at the Showkat Ali Stadium) in the Kashmir division. Both events were well attended, and the announcement of extending ST status to the Pahari community clearly went down well with the crowds. Shah’s appeal that J&K must be kept out of the hands of “dynasts” and it would not be allowed to become another “Pakistan” seemed to enthuse the audience.

It was clear that the Union Home Minister’s visit was used to project the idea of statehood for J&K within the Indian Union sans Islamabad’s overarching influence. There is a view gaining ground that Pakistan’s activities across the border activities are now decidedly reduced, and that so-called “three families” of Kashmir are no longer as politically relevant as they once used to be.

No doubt, there is a section of academia and intelligentsia that still believes that the Centre has been complicit in many acts of commission and omission over the last three to four years, but what can’t be denied is that the political landscape in J&K is undergoing a change for the better- slowly and steadily.

Also Read: Amit Shah pauses speech during rally after hearing ‘Azaan’ from nearby mosque in J&K

The administration, both at the Centre and in the UT is aware of the many challenges that they still face to give J&K the ideal socio-economic-political environment plus the promised development. Communication with the people is still in top-to-down mode; there are sections of the populace that still believe that more needs to be done for them, which is a natural expectation.

With general elections just 18-20 months away, what the Modi government has done through Amit Shah’s visit is to show its readiness to involve Kashmiris in the democratic process after a three year long hiatus. Shah’s visit to the valley has thus given a fresh and an optimistic impetus for holding of assembly polls in the near future.