Dakota VP-905: Know about the vintage flying machine restored and gifted to IAF by Rajeev Chandrashekar 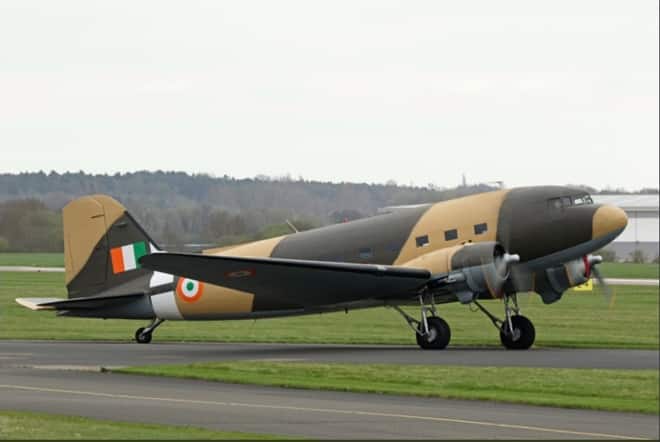 On 22nd April 2018, the Dakota VP-905 flew the longest leg, a distance of 1598.47 Kms from Aqaba Royal Jordanian Air Force Base to Bahrain International Airport and also carried out its first Night Landing. It is homebound from Muscat to Jamnagar will reach India today.

It is currently being flown to India by a joint team of the Indian Air Force and crew from Reflight Airworks Ltd London. En route India, the vintage aircraft’s ferry halted at France, Italy, Greece, Jordan, Saudi Arabia, Bahrain and Oman. The aircraft also flew its longest leg of 1598.47 km from Aqaba, the Royal Jordanian Air Base to Bahrain International Airport. It also successfully carried out its first ever night landing. The Dakota DC-3 will be complete its last leg of the journey by flying from Muscat in Oman to reach Jamnagar today.

The Indian Air Force had a large fleet of Dakota DC-3 aircraft being served in it. Experts suggest that it was one of the most versatile transport aircraft of that time. The Dakota DC-3 also played a major role in transporting troops of the 1st Sikh Regiment to Srinagar during the war with Pakistan in 1947. A statement from the Ministry of Defence said that in order to honour the role of the Dakota aircraft, it would be allocating a registration number to the aircraft that is being flown in. The Dakota DC-3 aircraft that is homebound was built in 1944 and has served in the Royal Air Force, United Kingdom and has also been operated by several other civil airlines.