Creation of a weapon system branch for the officers in the IAF approved: Air Chief Marshal V R Chaudhari

“On this historic occasion, it is my privilege to announce that the government has approved the creation of a weapon system branch for the officers in the IAF. 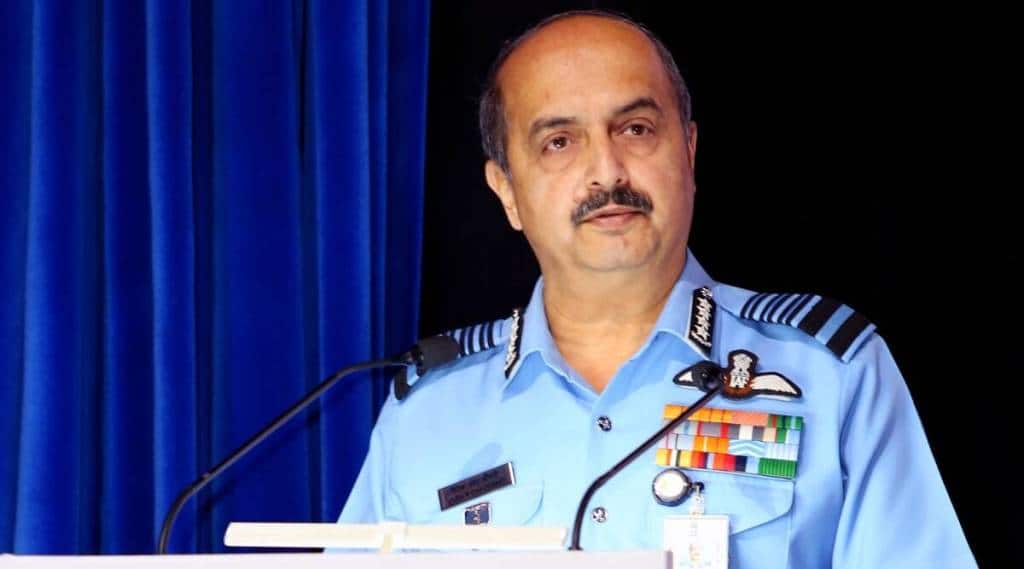 Creation of this branch would result in savings of over Rs 3,400 crore due to the reduced expenditure on flying training, the IAF chief said.

The central government has approved the creation of a weapon system branch for the officers of the Indian Air Force, which would save it Rs 3,400 crore in flying training, Air Chief Marshal V R Chaudhari said here on Saturday.

He announced that IAF is also planning on induction of women Agniveers starting next year.

Delivering his address at the air force station here on the occasion of 90th anniversary celebrations of the IAF, Chaudhari said that the key to success in multidomain operations is to have “flexible, robust and redundant command and control structures” which will allow a joint force to dominate across domains.

Also Read
First ever India-Africa military exercise in March. Will be at platoon level: Army Chief
Women to break the glass ceiling again! To join Artillery Regiment soon
The Army keeps a watch along LAC; Army Chief says condition ‘stable but unpredictable’
Agnipath Policy: Veterans weigh in whether it is laudable or laughable

No single service can win a war on its own. Work is in progress to “enhance jointness” among the three services, he said. On the occasion, a new pattern of combat uniform for IAF personnel was launched.

On creation of a weapon system branch, he said this is the first time since Independence that a new operational branch is being created.

Creation of this branch would result in savings of more than Rs 3,400 crore due to reduced expenditure on flying training, he said.

Chaudhari inspected a ceremonial parade that was held at the air force station here Saturday morning to mark the IAF anniversary. It was followed by a march-past.

Ensign formation performed by 3 Mi-17V5, and led by Wing Commander Vishal Jain, did a fly-past when the IAF chief arrived.

Air-Officer Commanding-in-Chief, Western Air Command, Air Marshal Sreekumar Prabhakaran, senior officers from the three services and Ministry of Defence, and veterans, were among those present on the occasion.

“To effectively handle the full spectrum, artificial intelligence is being used for a quicker decision making and analysis of big data. I am happy to report that several projects are well underway to utilise the potential of automation, data analytics, and artificial intelligence to transform our operational philosophy,” he said.

Nearly 80 military aircraft and helicopters will participate later in the day in an Air Force Day fly-past at the Sukhna Lake complex here, an event which will be attended by President Droupadi Murmu and Defence Minister Rajnath Singh.

Chaudhari said that induction of air warriors into the IAF through the Agnipath scheme is a challenge, but also an opportunity to harness the potential of India’s youth in the service of the nation.

“We have changed our operational training methodology to ensure that each Agniveer is equipped with the right skills and knowledge to start their career in the Air Force,” he said, adding that in December the IAF will induct 3,000 ‘Agniveer Vayu’ for their initial training.

This number will only go up in the years to come to ensure adequate staffing, he added.

Chadhari said that the IAF has had its share of challenges in the last one year and it has taken them “head on and with all guns blazing.” The IAF chief said that from a continued deployment along our borders to performing disaster relief operations and rescuing stranded Indians from conflict zones, they have performed a whole spectrum of roles.

He said the traditional domains of land, sea, and air have expanded to include space and cyberspace, forming a one continuum of hybrid warfare.

Considering these facts, future conflicts cannot be fought with “yesterday’s mindset,” he said.

“The use of non-kinetic and non-lethal warfare to supplement kinetic means has changed the way wars will be prosecuted. Therefore, conventional systems and weapons will need to be augmented with modern, flexible and adaptive technology,” Chaudhari said.

The theme for this year’s anniversary celebrations – IAF: Transforming for the Future — is very apt and highlights the IAF’s need to transform itself into a contemporary and future-ready force, he said.

Chaudhari said that IAF’s fighting potential has to be sustained over the years with induction of new generation fighters, AWACS (air-borne early warning control system), AEW&C, and flight refuelling aircraft.

“We have initiated necessary steps to ensure our fighter squadron strength remains at the desired level,” he said.

Indigenous development of six AEW&C Mk-II has been sanctioned and we are actively pursuing the acquisition of ISTAR, UAVs, Counter-Unmanned Aircraft Systems technology, and strengthening our networks, he said.

“Modern armed forces have to be sufficiently self-reliant to ensure minimum disruptions… ‘Make in India’ is a step in the right direction,” he said.

IAF’s indigenously-built AFNET (communication network set up), the IACCS, and e-MMS (its initiative to go paperless), is a testimony to IAF’s commitment towards becoming self-reliant he said.

The LCA, ALH, Akash surface-to-air missile, Astra BVR, LCH, and Brahmos are a few examples of the indigenous hardware that has already been inducted and deployed in the force, he said.

We have signed a contract for 83 LCA Mk 1A (light combat aircraft) and are fully committed to the development of LCA Mk-II and the AMCA (advanced medium combat aircraft), said the IAF chief.

It is for the first time that the IAF has decided to hold its annual Air Force Day parade and fly-past outside the Delhi-NCR.

“In a break from tradition, we have decided to conduct the AF Day parade in Chandigarh this year and in different locations across the country from here onwards,” said the IAF chief.

He said we have inherited a proud legacy “curated by the sheer hard work, perseverance and vision of our predecessors.” “It will only be right to acknowledge the contributions of our veterans who have charted this course and now, the onus is on us to usher the Air Force into the centenary decade,” Chaudhari said as paid his tributes to IAF martyrs.

“Today is an occasion to renew our allegiance to the Constitution of India and as preservers of the integrity and sovereignty of our country, we owe it to our future generations,” he said.