Sri Lanka is under serious turmoil resulting in declaration of emergency, PM in hiding in some naval base after resigning and multiple deaths taking place including death of a ruling party MP. 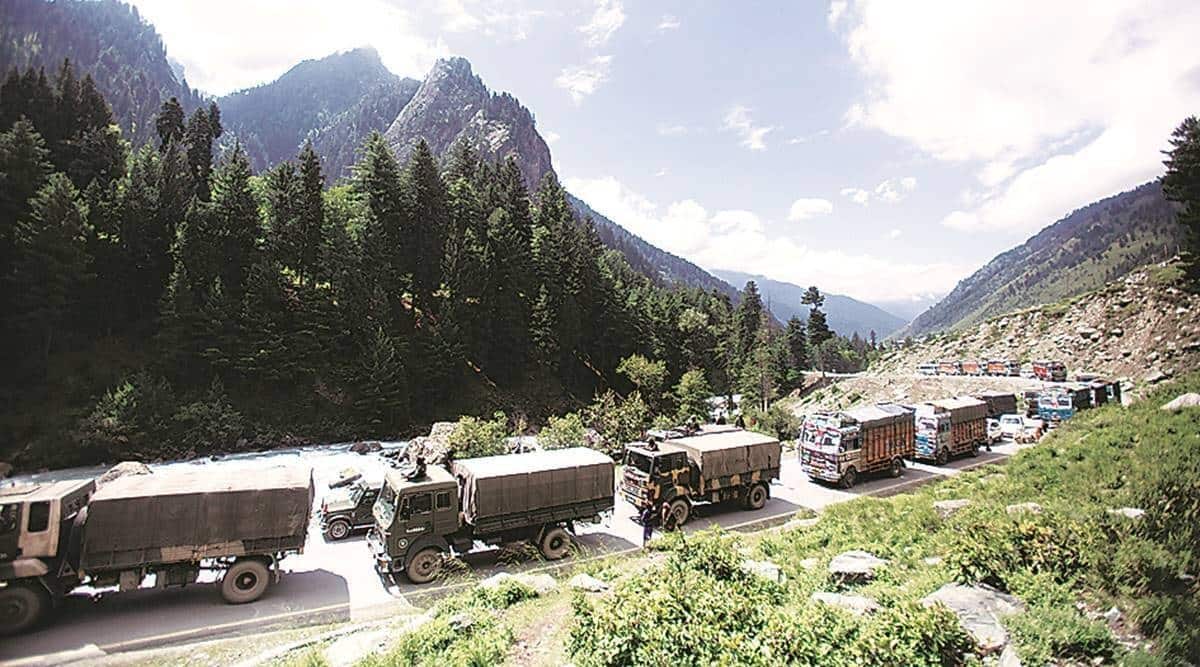 India is recalibrating its national approach. Despite Aksai Chin being under Chinese  occupation, it embarked on enhanced trade probably to seek better understanding of each other. (Photo source: IE)

The world was already struggling with post covid challenges to set economic disruptions in order. As it was not enough, the debt trapping strategy started showing its visible impacts. Sri Lanka is under serious turmoil resulting in declaration of emergency, PM in hiding in some naval base after resigning and multiple deaths taking place including death of a ruling party MP. There are no signs of receding. Debt trapping by China is also visible in Pakistan and Nepal. It is a matter of time that these two Indian neighbours will also go the Sri Lankan way.

China has not stopped only on this debt trapping alone. It has been actively opposing USA in Russia-Ukraine war for its own interest and has tied down India in a big way for last two complete years by its incursions on LAC resulting in huge deployment of troops on both sides, increasing expenditure with every passing day and disrupting the basic fabric of mutual relations. By creating No of model villages on the LAC/ close to LAC and after passing its Land Border law effective 01 Jan 22, it has already altered the narrative of territorial integrity into a narrative of sovereign integrity thus  posing a much more larger challenge for any future border negotiations.

China’s unquestioned support to its all weather friend Pakistan, even if vocal , has been growing despite multiple challenges to the CPEC corridor and default of payment. With its growing support to Russia, China is also trying to bring Pakistan closer to Russia, yet another anti USA and anti India strategy.

The above narrative is essential to examine the views of the COAS during  his first press interaction on 09May22 wherein he reflected his views  with far reaching implications given the emerging new world order and challenges being  faced to ensure sustenance of Russian & Ukrainian origin equipment inventory including regular maintenance support. While No of newspapers have articulated his views in their publications after the interview  got over, it is very important to see  as to how he is seeing the challenges faced by the country in general and the Army in particular at this juncture. Some of the important aspects highlighted  are as under:

Pakistan is probably being seen as just an irritant and  missing from the serious security calculus of the country. This professional realisation has come quite late to focus on China but it is good that the entire nation is ‘on board’ on this approach. Probably, it was  the prime reason for almost missing queries on  Pakistan and the COAS also did not comment in any significant way on his own. Pakistan has to handle its own domestic challenges related to economic crisis, unemployment, inflation and unrest on its western borders including the security of the CPEC Corridor.

Deliberations on China, in fact, covered the entire discussion space which is also evident from the media coverage so far. The following aspects are very relevant and may give the future direction of our LAC engagements and mutual relationship:

The current LAC standoff can be resolved only after the framework of delineation and  demarcation of larger boundary issue is formalised as temporary resolutions of LAC stand off will have strong potential of re-occurring again given the state of mutual distrust.

The resolution will require the whole of the Government approach. The defence forces will go all out to restore the LAC situation  as existed in Apr 2020 by peaceful military to military talk but the issue of Depsangand Demchokwill probably need political intervention as had happened previously to resolve Depsang incursion.

India is recalibrating its national approach. Despite Aksai Chin being under Chinese  occupation, it embarked on enhanced trade probably to seek better understanding of each other. It has now been  realised that mutual relationship cannot be normal if incursions on LAC continue which was categorically told to the Chinese foreign Minister during his unannounced kind sudden visit to Delhi. It will also become tougher for India to articulate to Pakistan to follow it suggesting our Chinese engagement putting aside the J & K issue.

China is deliberately keeping the LAC issue alive to ensure that USA on one hand doesn’t get free from the Russia- Ukraine conflict and even if it does, it remains spread out for its support to India and Taiwan together. More Than 60,000 troops on both sides of LAC have huge potential of conflict despite all actions being taken at local level to remain separated. Not only this, the current chief has re-emphasized that the ‘dialogue’ is the best way forward and the same should be continued with full sincerity despite being ready for a future conflict in any domain.

The Chief was clear to illustrate that the theaterisation was very important to optimise not only our national resources but also to have a synergic impact on our defence forces. He acknowledged that there will be delays as compared to initial timelines but the proposal is progressing. It is a matter of conjecture as to what will be the impact of absence of CDS, apprehension of Navy and Air force besides concerns of Armsand services within the Army. It will also be pertinent to see whether theterisation is carried forward in Land centric approach or any re-appraisal is carried out to align it to Indian needs. All the same, Chief was focussed on capacity building of the Army including the theaterisation. Since all the three chiefs are course mates, this may be a golden opportunity to iron out their professional differences and to come out with a winning formula.

The Chief was fully conscious of multiple impacts of the Russia- Ukraine war including impact on our  equipment inventory. He  indicated that a plan is being put in place to look at alternate sources of Supply including enhanced role to own national capacities.

With China being face to face on LAC, new emerging world order due to the Ukraine conflict, disruption of economies of all our neighbours, enhanced stress on budget allocation and adverse impact on our equipment inventory, the chief has assumed the charge of a most professional Army at a challenging time. He has to harness the synergy, motivation and willingness of one and all to discharge his responsibilities in a credible manner.