Chinese Research Vessels are a security Threat! Is Indian Navy ready to counter them?

Even as the Indian and Chinese troops are in the process of disengagement in the north and south banks of Pangong Tso Lake, Indo-Pacific region activities still need to be resolved. 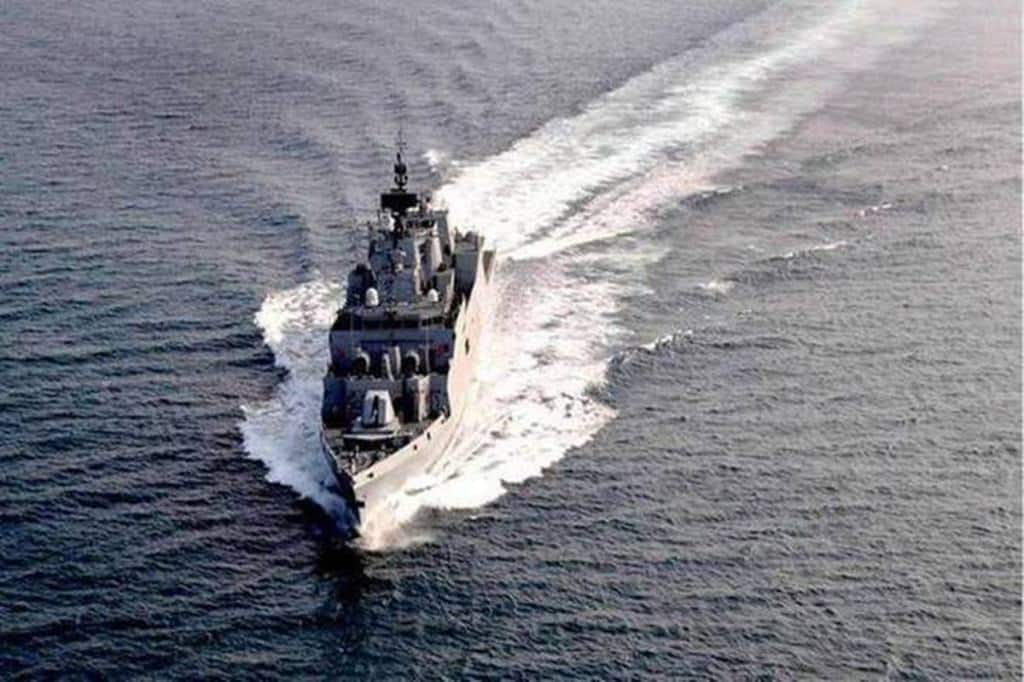 Even as the Indian and Chinese troops are in the process of disengagement in the north and south banks of Pangong Tso Lake, Indo-Pacific region activities still need to be resolved. There have been multiple sightings of Chinese vessels closer to the Indian waters, Indian Navy has not been able to create a deterrent against foreign ships and submarines close to Indian shores. In fact, earlier this year a Chinese research vessel Xiang Yang Hong 3 was operating ‘dark’ in the eastern Indian Ocean.

During the recently concluded Aero-India 2021, defence experts told Financial Express Online that the Indian Navy has shortage of long-range aviation assets to patrol the vast expanses of the Indo-Pacific area and it is difficult for them to detect submarine presence. And, “this makes India’s coastal assets vulnerable to Chinese submarine launched missiles.”

As has been reported by Financial Express Online last December, responding to a question at the annual presser ahead of the Navy Day, the Naval Chief had mentioned the focus on enhancing underwater capability.

He had said that the Indian Navy was focussing hard on getting more awareness within the underwater space.

The Chinese warships and submarines have been increasingly noticed in the Indian Ocean Region (IOR). Since the Chinese Diesel Electric attack submarines require refueling periodically but the nuclear attack submarines do not require to re-fuel, they pose a grave challenge for Indian Navy and shipping. Thus making the Indian Navy incapable of detecting and creating a deterrence against the covert operations by Chinese submarines. These are also equipped with Air-independent Propulsion (AIP) and are silent submarines. Indian Navy submarines, including the modern Scorpene class submarines do not have the AIP system and are easier to detect than the Chinese submarines. As reported earlier by Financial Express Online earlier, the Scorpene class submarines in the Indian navy are without the AIP and there are plans to retrofit these systems when the boat comes for next maintenance docking.

India has many critical facilities near the sea front and the safety and security of these establishments against an enemy submarine attack is essential.

Earlier this year, a two day Ex-Sea Vigil was conducted along the entire 7516 km coastline and Exclusive Economic Zone of India. From Jan 12-13, 2020, the drill was coordinated by the Indian Navy and had involved all the 13 coastal States and Union Territories, other maritime stakeholders — coastal and fishing communities.

Post 26/11 Terror attack at Mumbai, which was launched through the sea route the entire coastal security set up has been reorganized. Though many coastal radars have been along the Indian coastline, these radars have the capability of detecting ships on the water surface and not underwater submarines. For this purpose more focus is needed on the Maritime Domain Awareness (MDA).

The Chinese Unmanned Underwater Vehicles (UUVs) are operating unabated in the Indo-Pacific and are mapping the oceans closer to Indian shores. In fact, the Navy’s efforts to expand operations towards the East as part of Indo-Pacific cooperation with the US has not shown any significant results yet.

In a virtual meeting on Thursday, February 18, 2020, India joined the US, Japan and Australia for Quad Ministers where the focus was on issues across Indo-Pacific and military takeover in Myanmar.

Importance of the meeting

The meeting that took place today assumes significance as the Indian and Chinese forces are in the process of disengagement from various positions along the Line of Actual Control (LAC).

According to the official statement issued by the Ministry of External Affairs on Thursday, “At 3rd India-Australia-Japan-USA Quad Ministerial Meeting, all the ministers noted that the Indo-Pacific concept had gathered growing international support, including in Europe.” And, exchanged views on regional issues and also reiterated their vision for a free, open and inclusive Indo-Pacific region, with clear support for ASEAN cohesion and centrality.

The ministers of the Quad highlighted their commitment to upholding a rules-based international order, underpinned by respect for territorial integrity and sovereignty, rule of law, transparency, and freedom of navigation in the international seas and peaceful resolution of disputes.

The participation of Indian Navy in QUAD Naval exercises with US, Japanese and Australian navies has also been seen as non-inclusive. Why? Though two critical agreements with the US have been inked — COMCASA and BECA agreements, the problem of interoperability still exists.

China continues its belligerence in the IOR

Chinese doctrine of ‘String of Pearls’ has established support facilities (like in Sri Lanka) and with its ever-growing ties with Pakistan, its submarines are moving unhindered in the IOR.

Expert View of a former submariner

The recent report that a Chinese research vessel Xiang Yang Hong 3 was operating ‘dark’ in the eastern Indian Ocean is of concern.

“‘Dark’ ships are those which switch off their Automatic Identification System (AIS) if they do not want their movement tracked. It is mandatory for all vessels at sea displacing more than 300 tonnes to have an AIS system on board and to keep it switched on throughout the period at sea. Hence, if a ship goes ‘dark’ there is every reason to suspect its intentions,” says Commodore Anil Jai Singh, who is also Vice President Indian Maritime Foundation.

The former submariner explains to Financial Express “The presence of Chinese ‘research’ (a euphemism for spying) vessels operating in the eastern Indian Ocean has been on the rise for collecting oceanographic data, and for mapping the seabed to get a better understanding of the hydrography in their area of interest. Ocean conditions can vary considerably even on a day-to-day basis; they are affected by the season, the time of day, the ocean currents, the tidal streams, the surface weather conditions, the proximity to the coast, the temperature, the pressure and the salinity profile from the surface of the sea down to the sea bed besides the nature of the marine life in the region.”

“Collection and analysis of such data therefore is an extensive and ongoing process to enable a better understanding of the environment and consequently better research and exploitation of the sea. Besides the civilian and scientific benefits, this research has significant military applications which impact maritime security. It is this aspect that is of concern to the Indian Navy and has been flagged on many occasions. In August 2019, another Chinese research vessel, Shi Yan1 was expelled from the eastern Indian Ocean by the Indian Navy for carrying out suspicious activities,” he adds.

According to him, “Hydrological conditions can profoundly impact submarine and anti-submarine warfare (ASW) operations and influence a submarine’s dived profile. Hydrological conditions can profoundly affect sonar detection ranges and are analysed to determine a submarine’s ideal operating depths for either evading the enemy or attacking it. Hence, more the data and operating experience one has of the undersea environment, the greater is the advantage over an adversary.”

In his view, “The Indian Navy’s effective Underwater Domain Awareness (UDA) has enabled the Indian Navy to track these submarines.”

“Besides enhancing our own UDA we have to be wary of Chinese attempts to do the same because the greater the knowledge the Chinese navy gets about these waters, particularly close to the eastern approaches to the Indian Ocean, the more effective will be its ability to evade and slip through undetected. Effective UDA not only provides enhanced situational awareness of the underwater battle space but also enables a better tactical appreciation to counter the enemy’s submarine and ASW efforts,” he concludes.