There are multiple challenges as well as opportunities which have to be addressed to concentrate on force building for capacity creation. 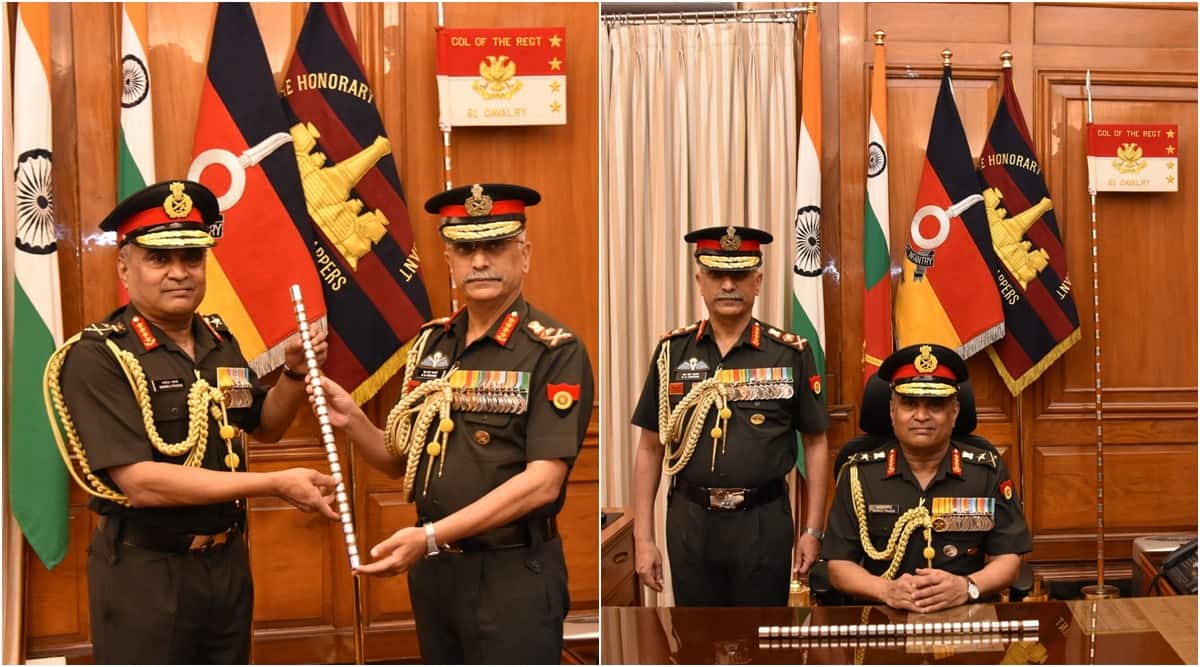 Indian Army appointed Gen Manoj Pande, an officer from the Corps of Engineers as the new Army Chief.

General Manoj Pande, PVSM, AVSM, VSM, ADC has taken over as 29th COAS and is effective today viz 01 May 22. He is the first officer from Corps of Engineers to reach this top position and has many firsts to his credits. Since he was tenanting the appointment of VCOAS before this appointment, he is well aware of the challenges lying ahead, however, now he has to embark on a path to handle these challenges and steer the Indian Army to a position not only to protect its borders but also facilitate in the country achieving its rightful place in the comity of nations specifically in the changing world order which has taken a drift due to ongoing Russia-Ukraine war.

There are multiple challenges as well as opportunities which have to be addressed to concentrate on force building for capacity creation. The current times pose complex challenges and the majority of the issues don’t have simplistic solutions. Some of the challenges are covered in the succeeding paras.

China continues as an existing as well as future threat despite enhanced trade figures. It has to be kept in the Central Calculus of the Indian Army. COAS has to address some of the following issues in concert with other stakeholders:

Infrastructure built up all across LAC both for enhancing axial as well as lateral connectivities. While the government has allocated an enhanced budget for BRO in the current year’s budget, more will need to be done. The clearances held up in various ministries will need to be expedited in a single window mode so that there are no cost and time overruns. All weather connectivities will not only ensure reduced logistics sustenance costs but will also facilitate mobilisation of forces and resources in an efficient manner.

China’s adoption of New Land Boundary law along-with establishment of 624 model villages and renaming of places in Arunachal Pradesh need to be countered efficiently.A cogent strategy has to be unveiled by the COAS.

China has changed the ground position on LAC as compared to what existed on Apr 20. Fifteen rounds of Corps Commander Level talks have been able to diffuse some of the issues but No of them still remain with potential of full fledged conflict. While negotiations at all levels are the way forward, building capacity is critical. As against being limited to raising our objections related to LAC incursions, we should also raise objections to Chinese activities in those areas which we consider ours. New COAS will need to evolve a policy in consonance with political direction on this matter.

China is taking huge technological leaps and covering the gap with the USA. In fact, it is surging ahead in certain areas. While remaining focussed on ‘Aatmanirbhar Bharat’, COAS will need to evolve processes so that critical technologies are timely available to the forces as these require time to develop. While the Government has increased the budget for R&D and created some enabling environment, the technological push needs more calibration. A dedicated team will need to be created by COAS least the delays impact our war preparedness.

China has increased its defence expenditure whereas in our case, there is hardly any increase. In fact, there is a reduction in capital outlay of the Army in the current year’s budget. This issue needs to be addressed by new COAS on priority as the Russia-Ukraine war has burst multiple myths including those of short and swift wars. This was comprehensively covered by outgoing COAS during Raisina dialogue recently. Such a situation needs the Army to be equipped for long drawn wars on both fronts together.

While ceasefire is holding on Line of Control (LOC) with Pakistan, terrorist activities are still continuing in J&K. Changed Government and next elections in Pakistan may drive an anti India agenda. This combined with certain American equipment found in the valley from Afghanistan will continue to pose new security challenges.

Once the delimitation process is over, elections are held and statehood of J&K is restored, new security dynamics will emerge for which proactive measures need to be taken by the COAS.

With some positive changes in AFSPA in the North East, such aspirations are also rising in J&K. COAS has to be ready with a new crafted strategy to handle evolving challenges.

Our neighbouring countries are also under a lot of stress. The Military Government in Myanmar poses a new challenge. COAS has to balance this relationship as the Army to Army relationship has been good. A balanced and engaging strategy will need to be adopted. Refugee fallout in NE states will also pose a challenge.

Other neighbouring countries like Sri Lanka, Nepal and Pakistan are under serious financial stress. Humanitarian aid may be needed for which contingency planning by COAS is essential.

There are very many other challenges as well which have been briefly covered as under:

THEATERISATION: There are large challenges related to its current format, need of enhanced jointmanship and integration amongst the three services. It will not be out of place to state that the new COAS has to look at it with fresh eyes and adopt it in a manner which suits the nation.

TOD CONCEPT: A message is going around in the environment about adoption of the Tour of Duty Concept which is yet to be formally announced. Lot of criticism and suggestions have come up in the open domain. It will be good for COAS to factor these issues with due analysis so that its adoption becomes an organisational strength.

TECHNOLOGICAL GAP: While Aatmanirbhar Bharat is a very good initiative but the current negative list approach may not facilitate getting the requisite technologies in time. COAS needs to put a technologically competent team so that we create a win-win situation for our country.

EMERGING TECHNOLOGIES: China has been moving ahead in this field with an unparalleled pace. COAS will also need to have a special drive to train all ranks to be conversant and proficient in such technologies. Some tweaking in intakes may also be needed.

WOMEN: There is an increasing role of women both as officers and soldiers. This will continue to increase in days to come. Though we have reasonable experience of training and employing them, new COAS will also need to address this in a manner so that the forces remain united and no fault lines develop.

Then there are numerous ongoing issues to include OROP, ECHS, promotion prospects and alike. A proactive approach will be the need of the hour and may be, conceptualising a ‘Veteran Corps’ and operationalising the same can relieve large No of combatants for active duty including need to create ‘Friendship Divisions’ for our neighbouring countries. New COAS will also need to remain alert to ensure that the social and religious fabric of the Army is always maintained.

The country today is facing its most challenging times and it is willing to give larger responsibilities to the Army given its apolitical and fair nature. A cautious role of enhanced military diplomacy and engagement with multiple countries may be the way forward. The current time is a watershed moment in the history of the Indian Army and it will shape its future course for times to come.