On New Year’s day in a symbolic show of grandstanding, China unfurled a large Chinese flag in Galwan in what was disputed land prior to the Chinese transgression in 2020. 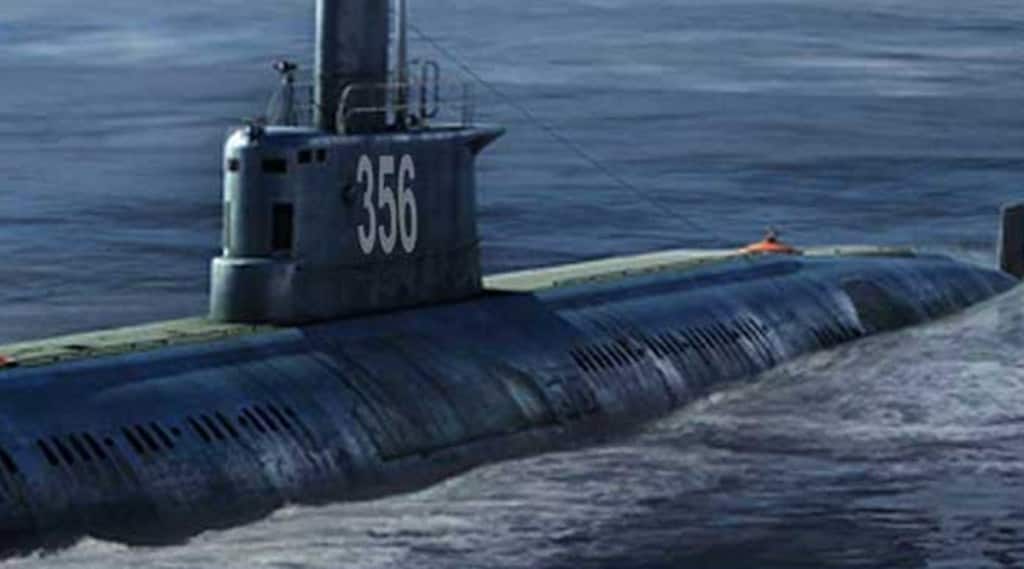 Ming class submarines are amongst the oldest in the Chinese inventory and therefore are limited in their tactical capability compared to their contemporary counterparts. (Photo source: navy.mil.bd)

China’s ‘gifting’ of a Type 035 Ming class diesel-electric submarine to Myanmar which was formally commissioned on 24 December 2021 as UMS Minye Kyaw Htin at a ceremony attended by Senior General Min Aung Hlaing, the leader of the military junta has set the tone for the likely trajectory of Sino-Indian relations in 2022.This has been followed by China renaming 15 places in Arunachal Pradesh with Chinese names which include eight residential areas, four mountains, two rivers and one mountain pass. On New Year’s day in a symbolic show of grandstanding, China unfurled a large Chinese flag in Galwan in what was disputed land prior to the Chinese transgression in 2020. (India has since unfurled a large tricolour there as well). This was preceded by a serious breach of diplomatic protocol by a Political Counsellor in the Chinese Embassy writing to six Indian MPs expressing concern at their attending a dinner hosted by the Tibetan government-in-exile. Such acts by Chinese diplomats reek of arrogance and are anything but diplomatic and should therefore be censured in the strongest terms. On the first day of this year China’s controversial land law also came into effect which has grave implications for India particularly in view of China’s infrastructure augmentation along the LAC and the construction of dual-use villages along its side of the border with Arunachal Pradesh and finally, the recent news that China is building a bridge across the Pangong Tso in its territory which will further ease China’s logistic lines in the area and facilitate the movement of troops and military equipment.

While China has been aggressive on land with the prolonged standoff along the LAC and its intransigence in withdrawing to its original position (status quo ante), it has been relatively benign in the maritime domain because it understands its present limitations in challenging the Indian Navy in the Indian Ocean. However, it also recognises the importance of dominating the Indian Ocean in pursuit of its global ambitions and is therefore systematically augmenting its capabilities to support its rapidly expanding navy’s future deployments in the Indian Ocean, an important element of which is to contain India’s maritime power.

Ming class submarines are amongst the oldest in the Chinese inventory and therefore are limited in their tactical capability compared to their contemporary counterparts. However,their presence in the Bay of Bengal Has significant strategic implications for India and it is this that should be a cause of considerable concern.

In end 2016, Bangladesh had acquired two similar submarines from China which are reportedly facing operational issues (unconfirmed), thus restricting their operational availability. These submarines are not only of Chinese origin but are also fitted with Chinese sensors and armed with Chinese weapons thus creating a strategic dependence with long term implications. This is not surprising and is exactly what China would want and both Bangladesh and Myanmar would be naïve to not understand that anything coming at ‘friendship’ prices will have strings attached. Neither Bangladesh nor Myanmar has the wherewithal to create the special infrastructure required to support, sustain and maintain submarines and in any case creating such an infrastructure for one or two submarines would be uneconomical. Hence both these countries will remain dependent on Chinese technical expertise, Chinese spares and Chinese support to keep their submarines operational.

It is also understood that China is helping Bangladesh build a submarine base in Pekua, off Cox’s Bazaar (BNS Sheikh Hasina). This will not only give China the diplomatic and military leverage it is seeking in the region but also a readymade infrastructure to support its own submarines that will be deployed in the Bay of Bengal as it expands its footprint in the Indian Ocean.

Presently China is constrained in deploying its conventional submarine fleet in the Indian Ocean because of the distance from the Chinese mainland, but more importantly because submarines transiting through the Malacca, Lombok or Sunda Straits into the Indian Ocean have to do so on surface due to the restricted depths in and the density of traffic in these waters.Hence c are vulnerable to being detected and tracked as they enter the Indian Ocean and thereafter during their deployment thus marginalising them and defeating the very purpose of their deployment.

Circumventing these choke points increases their transit distance considerably which is unfavourable to diesel electric submarine operations and in the absence of submarine  support facilities in the Indian Ocean also constrains them operationally. However, with facilities available in Myanmar and Bangladesh to support these submarines, China will be able to deploy for sustained periods in the Bay of Bengal. It will in all probability also develop a submarine support base at Gwadar or Karachi for the eight Type 039 submarines being built for Pakistan. Hence, in a few years from now, China would not only have armed India’s neighbours in the east and west with submarines but also created a support infrastructure for its own submarines to be based and deployed in the Indian Ocean.

China has now become the world’s largest importer of oil, a major portion of which is sourced from the Gulf and has to transit across the Indian Ocean and through the Straits of Malacca to its mainland. A major portion of its trade also transits via the same route. China considers this a major strategic vulnerability as India’s southern tip straddles these Sea Lines of Communication (SLOC). To obviate this, China is connecting its mainland directly to the Indian Ocean throughthe Pakistani port of Gwadar in the Arabian Sea (China Pakistan Economic Corridor)  and Myanmar’s Kyaukphyu port in the Bay of Bengal. Hence it has a legitimate reason to position a naval presence in the Arabian Sea and the Bay of Bengal for protecting its SLOCs.

The strategic implications of a permanent PLA Navy presence including submarines are obvious. India has been engaging with its eastern neighbours through bilateral engagement and various capacity building initiatives as part of its SAGAR Doctrine. It has re-energised BIMSTEC to improve trade and connectivity and promote ocean governance and maritime security in the Greater Bay of Bengal region. In an attempt to wean Myanmar away from its dependence on China (most of Myanmar’s military equipment is of Chinese origin), India has actively promoted defence exports to Myanmar including the transfer of one of its active Kilo class submarines (INS Sindhuvir) which was commissioned as  UMS Minye Theinkhathuin December 2020 on the 73rd anniversary of the Myanmar Navy.

A submarine transfer reflects a deep strategic bilateral relationship with shared security interests and even more so when they are in the same region with India’s own submarine force levels being less than satisfactory.  In this case the Indian Chief of the Army Staff accompanied by the Foreign Secretary had visited Myanmar on 04-05 October 2020 and held wide ranging discussions reflecting “the high priority both countries attach to sustaining the momentum in their expanding bilateral ties” (as per the MEA Press Release after the visit). Less than three months later, India handed over the submarine and in a little over a month after that in February 2021, a military coup overthrew the democratically elected government casting a deep shadow over this relationship. Exactly one year later to the day (on the 74th anniversary of the Myanmar Navy), Myanmar inducted the Chinese Ming class submarine.

While the west has condemned the coup and imposed sanctions on Myanmar, India cannot afford to alienate Myanmar and drive it further into Chinese hands and has therefore crafted a carefully calibrated approach as is evident from the Foreign Secretary’s recent visit to Myanmar where both sides conveyed their respective positions and made the right noises. Ironically, the visit preceded the commissioning of the Ming class submarine by just one day.

In the immediate context it is perhaps the restive 1700 km long land border India shares with Myanmar which is of more immediate concern, particularly in the context of China’s nefarious designs in the region but it is the security of the maritime domain and containment of Chinese ambitions in the Indian Ocean that will be of greater strategic significance in the long term.

(The author is Vice President, Indian Maritime Foundation. Views expressed are personal and do not reflect the official position or policy of Financial Express Online. Reproducing this content without permission is prohibited).