China has ability to try to ‘disturb’ rules-based order which US, its allies strongly defend: Blinken

Blinken also told lawmakers during a Congressional hearing on Tuesday that China is both the most consequential and most complicated relationship the US has. 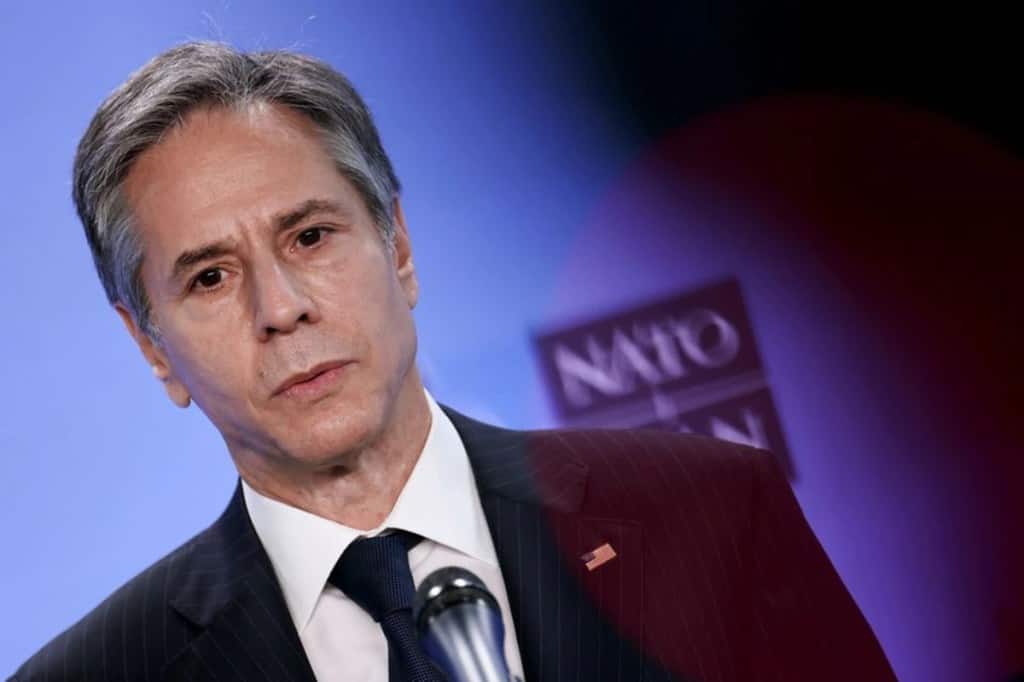 Testifying before the Senate Appropriations Committee during the hearing on the 2022 Budget Request for the State Department, Blinken said the US-China relationship has increasing adversarial aspects to it. (Photo source: Reuters)

China is the single nation that militarily, economically, diplomatically and politically has the ability to try to “disturb” the rules-based order that America, its friends and allies strongly defend, US Secretary of State Tony Blinken has said.

Blinken also told lawmakers during a Congressional hearing on Tuesday that China is both the most consequential and most complicated relationship the US has. ”It (China) is the single nation state that militarily, economically, diplomatically, and politically has the ability to try to disturb the rules-based order that we strongly defend because it’s advanced our own security and prosperity for so many years,” he said.

Testifying before the Senate Appropriations Committee during the hearing on the 2022 Budget Request for the State Department, Blinken said the US-China relationship has increasing adversarial aspects to it. ”It certainly has competitive ones. And it still has some cooperative ones as well. But the common denominator is to approach each of those aspects of the relationship from a position of strength. I think that strength starts with a few things,” he said. Blinken said that it starts with alliances and partnerships. ”This is a unique strategic asset for us, something that China does not enjoy. That’s why we’re working to revitalise those alliances and partnerships. It includes our engagement in international organisations and international life because when we pull back, China fills in and starts to shape the rules and set the norms. ”It absolutely includes our military and our deterrent capability” Some years ago we started to shift resources to the Asia Pacific, including about 60 per cent of our Navy. Continue to take the steps necessary to make sure we have a strong deterrent,” Blinken said.

China claims almost all of the 1.3 million square mile South China Sea as its sovereign territory. It has been building military bases on artificial islands in the region also claimed by Brunei, Malaysia, the Philippines, Taiwan and Vietnam.

Blinken said: ”Investments in our technology, our workers, innovation and research and development, all of those elements together or how we approach China from a position of strength”. Responding to a question, the secretary of state said that China is making more investments in its nuclear programme and seeks to build its arsenal. ”This is something that I think we need to engage in because it presents a growing challenge. So, this is something that we’re focused on. We’re working on it,” he said.

Blinken said that the foundational piece of ties with China has to be approaching it from a position of strength. The elements of that strength are strong alliances and partnerships. ”That is a strategic asset for us that China doesn’t have. When we are working and speaking collectively with others who are aggrieved by China’s practices in one area or another, we are much stronger. We’re much more effective just in the economic realm, to cite one example. ”Alone, we’re about 20 per cent, 25 per cent of the world GDP. When we’re working in concert with other democracies, we are 50 per cent or 60 per cent of the world GDP. It’s a lot harder for China to ignore. So, alliances and partnerships, that’s a critical piece,” Blinken said.

Second is actually leaning in and engaging in these very imperfect international institutions, he said. ”The challenge there is that these institutions tend to set the rules, the standards, the norms. When we pull back, China fills in, and it has a stronger hand in setting the rules on new technologies, for example leaning. We are leaning in, making sure with our allies and partners that we’re present. ”Third, what you’ve just done or are on the verge of doing, I think this afternoon, with this very important legislation that is making the right investments in ourselves, and our technology, in research and development, in our workers, that is fundamentally our greatest source of strength when it comes to competing and dealing effectively with China,” Blinken said. He said of course, ”our military, our deterrent capacity, all of those things have to be married together.”