China has fired ballistic missiles into the waters surrounding Taiwan even as it scaled up its military exercises following Pelosi’s visit. 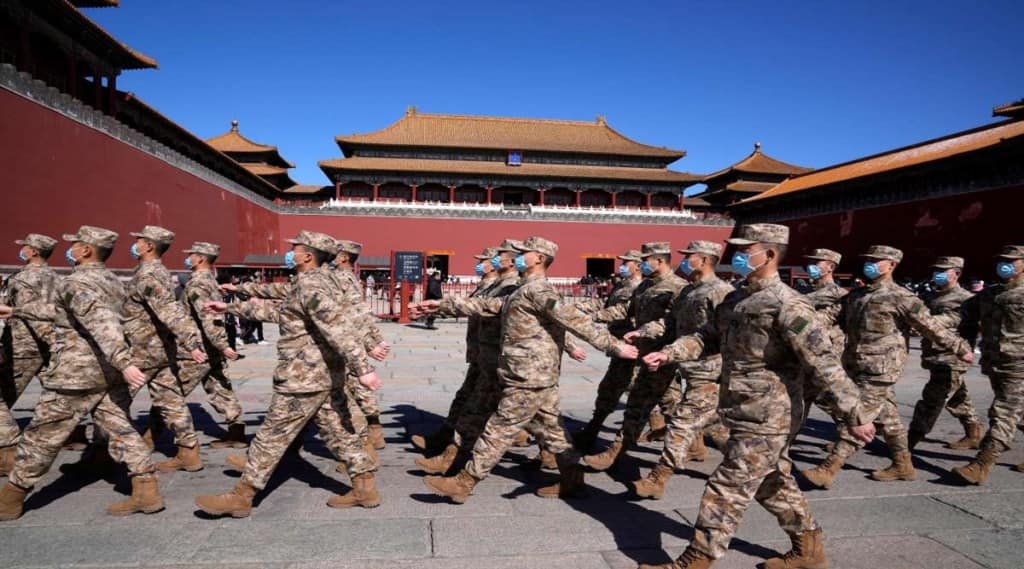 Following a visit to the island nation Taiwan by the Speaker of the US House of Representatives, Nancy Pelosi, China continues with its military drills around that country. It is showing its military force in the seas, in the air which includes firing of ballistic missiles.

Relations between Taiwan and China seem to have deteriorated as a direct outcome of Pelosi’s visit.

While China views Taiwan as a breakaway province which will eventually be back under Beijing, Taiwan which lies 100 miles from the coast of south east China, sees itself as an independent nation and has its own constitution and democratically elected leaders.

According to reports, China’s President Xi Jinping has not ruled out the possible use of force for the reunification of Taiwan with China. Taiwan is considered to be one of the countries which are among the US-friendly territories.

Based on the information available in the public domain, Taiwan, the island first came under Chinese control in the 17th Century during the Qing Dynasty administration. However, in 1895 they gave up the island to Japan after the first Sino-Japanese War, in which China lost.

In 1945, China took back the island nation following Japan’s defeat in WWII.

This was followed by a civil war which had erupted in mainland China. This was between nationalist government forces led by Chiang Kai-shek and Mao Zedong’s Communist Party at that time. This was won by the communists who took control of the government.

Leader of the nationalist government (Kuomintang) forces, Chiang Kai-shek had fled to Taiwan and for several decades they ruled the island nation.

Is Taiwan equipped to fight China?

Simply put, no. Not on its own. In case there is a military stand-off then it will be impossible for Taiwan to fight against China, as the Dragon spends more money on building its military capabilities which includes naval power to missile technology, aircraft and cyber attacks and building its space assets.

The Taiwan administration has deployed Patriot missiles – a surface-to-air missile system that would be a crucial defence against Chinese warplanes.

Since the visit, China has fired ballistic missiles into the waters surrounding Taiwan even as it scaled up its military exercises following Pelosi’s visit.

In the exercises China is conducting, it has fired ballistic missiles, and deployed fighter jets.

According to state-run Xinhua news agency the Chinese Army has has flown more than 100 warplanes bombers and fighters and has deployed over 10 frigates and destroyers.

Will it lead to an arms race in the region?

It is possible. In case the situation escalates, the US could sell more arms to Taiwan. What Taiwan has right now, could best be used to push back the Chinese efforts to attack, by mounting strikes by the ground forces and also preventing the Chinese naval forces from landing on shore.

The US policy so far has been “One China Policy’’ which means it has formal ties with China rather than Taiwan.

However in recent months, there has been a shift in its position. The US President earlier this month according to reports appeared to have hardened its position related to China and is ready to defend Taiwan militarily.

All the drills being carried out by China are focused on six danger zones around the island nation including its territorial waters.

In the coming days, Taiwan is getting ready for intense cyber attacks and has asked the companies in the country to remain watchful.

Last year in the midst of the global pandemic, reports indicate that China had crossed into Taiwan’s Air Defence Zone with almost 56 incursions in a single day.

The situation is particularly precarious. From satellites, warships, weapons platforms, drones, underwater vehicles, missiles, armoured vehicles, radars, mobile phones, laptops for civil or military use, watches, game consoles, EVs, regular automobiles, they all are powered by chips which are largely made in Taiwan. If the tension escalates between China and Taiwan, it will have an impact across the globe.

A single Taiwanese company – the Taiwan Semiconductor Manufacturing Company or TSMC – holds orders from more than half the world’s market.

And if China takes over that country it means the semiconductor chip industry will be under Chinese control.