The theme for the 60th Independence Day is “Re-igniting a Nation for greatness” aimed at motivating the citizens towards realization of national development goals. 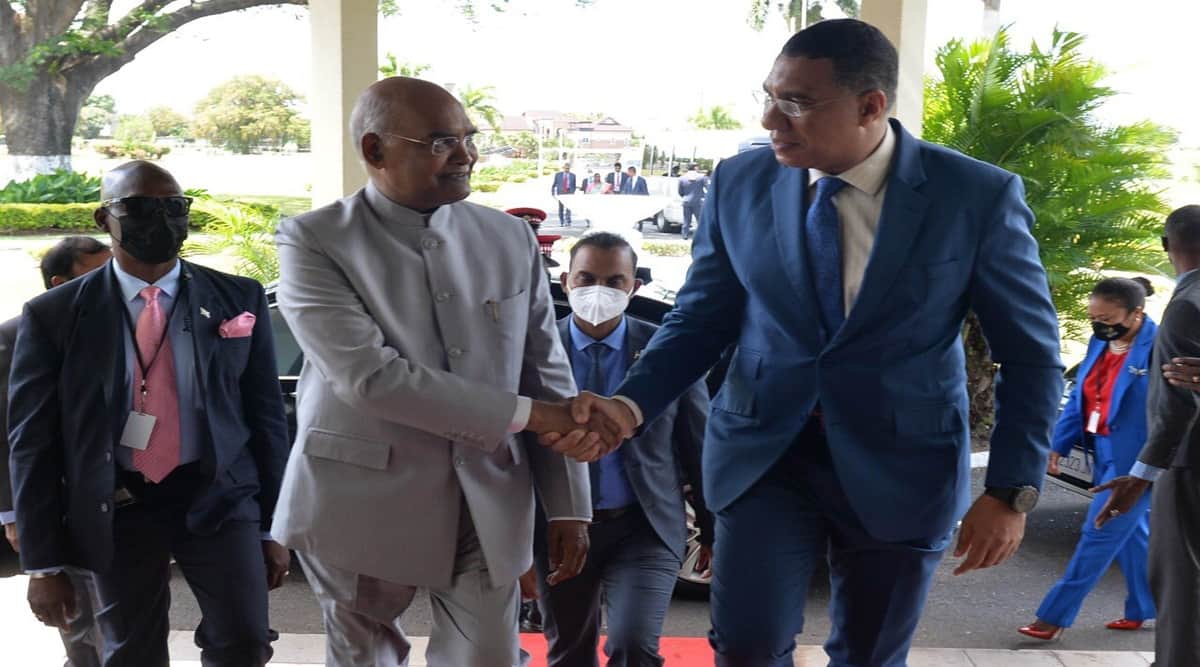 August is important for India and Jamaica, when we both celebrate some significant milestones. On August 1 we commemorated the 188th Anniversary of Emancipation from Slavery, a process in which Jamaica played a defining role. August 6th marks a very special milestone for Jamaica, it is our 60thanniversary of Independence and this year we celebrate under the theme; “Re-igniting a Nation for greatness”. Following the uncertainty and disruption brought on by Covid-19, this aspirational call to action charges Jamaicans at home and overseas to collectively engage more deliberately, and motivate each other more purposefully, towards the realisation of our national development goals.

It is a time when we reflect with gratitude and pride on our tremendous achievements as a people. Repeatedly throughout our history Jamaica has faced adversity with seemingly insurmountable odds yet through collective struggle, buttressed by our indomitable spirit, our faith and our resilience we have not only prevailed but have emerged in superlative fashion. Whether it is the way we have stood for the rights of the underrepresented and oppressed, or our many triumphs in sport or our economic turnaround, or the way our culture has left a positive indelible mark on the world through our music, Jamaica’s contribution to the world is remarkably positive and at times confounding when you think about our relatively small size. I am reminded of a Jamaican aphorism; “We likkle but we tallawah” which sums up our determination and drive.

This year we also commemorate 60 years of uninterrupted diplomatic relations with India, a country that we hold in highest esteem, recognizing their important role on the world stage as a contributor to civilization and humanity and as a key development partner for the global south and knowledge capital of the world.

The robust relationship was further strengthened earlier in May with the historic visit to Jamaica by former Indian President Ram Nath Kovind. The state visit featured a number of high-level engagements between the Indian President and Jamaica’s Governor General and Prime Minister with signing of important MOU on cooperation and collaboration, as well as the renaming of a street in Kingston after Dr BR Ambedkar and inauguration of the India-Jamaica Friendship Garden.

For over 177 years Indians have been a part of our national development, first as indentured labourers when they came to the region to salvage the then sugar industry upon which the island’s economy depended heavily on and then successively over the years where they have and continue to make a contribution in various sectors, including; medicine and medical services, education, trade & commerce, and technology. In recent times there has been a significant level of Foreign Direct Investment from India and this is attributable to the very strong value proposition presented by Jamaica as an investment destination given its strategic geographic positioning combined with its developed infrastructure (physical and fiber optic), skilled workforce and enabling investor friendly environment. Jamaica, deservedly has amassed a number of important accolades; it is the highest ranked in the region for ease of business, in 2018 was awarded Nearshore City of the year by Nexus, is the leading honey-moon destination, cruise port by way of multiple tourism awards, and has had the highest ever performing stock exchange with a 233% rally in 2015 and 2018. Key sectors include; Tourism, Logistics, Manufacturing, Pharma, BPO/Digital Services, Education, Mining, Energy, and Film. In terms of trade Jamaica is a gateway to the wider Caribbean and Central/South America and we export one of the world’s oldest and finest premium rums as well as the most delectable coffee, not to mention countless other nutraceutical plants and foods all of which derive from our uniquely fertile volcanic soil irrigated by limestone filtered fresh rain water.

Today Jamaica is connected to the world by over 400 international flights weekly calling in to 3 International airports. The island with its rich maritime history is a major transshipment hub, served by 7 cargo ports, in addition to 6 cruise ports.

It is also important to note that there is no visa requirement for most passport holders including Indian citizens.

As we look forward to the next 60 years, we do so with eternal optimism, with renewed spirit and the will to position Jamaica as the gateway for Indian innovation to the region and to become the place of choice to live, work, raise families and do business.

Author is High Commissioner of Jamaica to the Republic of India.