HQ IDS was to be merged with MoD but before Defence Minister George Fernandes could do so, he was falsely implicated in the ‘Coffingate’ knowing he would step down till the inquiry was completed. 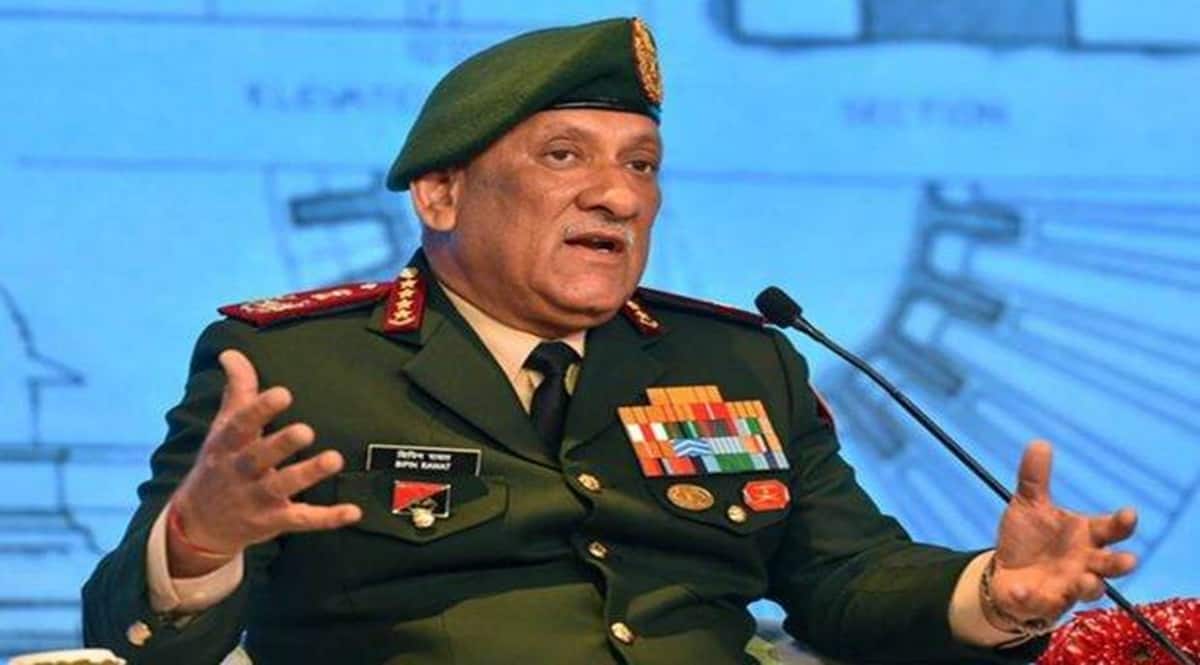 India’s ‘deep state’ is described in the 1993 Vohra Committee Report – available on the net. All governments have continued to be subservient to the deep state. The failed experiment of outsourcing some JS-level officers to some ministers is a recent example; placing them under Additional and Secretary-level IAS officers was a charade.

Wings of the CDS were clipped in the CCS note establishing the HQ Integrated Defence Staff (IDS) on November 23, 2001, which reads: “As and when the CDS is appointed, he will have equal voting rights as Service Chiefs and in case two Service Chiefs disagree, Ministry of Defence (MoD) (read bureaucrats) will arbitrate.” Imagine two Army Commanders/equivalent cocking a snook at their Service Chief?

HQ IDS was to be merged with MoD but before Defence Minister George Fernandes could do so, he was falsely implicated in the ‘Coffingate’ knowing he would step down till the inquiry was completed.

Appointment of a CDS heading the Department of Military Affairs (DMA), hailed as a hallmark, was a masterstroke by the deep state: merging HQ IDS with MoD was killed forever;  a service chief senior to secretary-level officers was brought down; all power, capital acquisitions and policy (in no-war-no-peace and war) remained with defence secretary; CDS should have been single-point military advisor to the government but became advisor to Defence Minister, to whom Service Chiefs also have direct access; DMA was crammed with bureaucrats with CDS reduced to do bidding of the deep state.

General Bipin Rawat (God bless his soul) became the CDS under peculiar circumstances. When Defence Minister Manohar Parrikar visited Southern Command, Rawat (then commanding Southern Army) reportedly offered defence land for MoD’s use. He was shifted pronto as Vice Chief, followed by deep selection to Chief and then CDS. He had the eye of NSA Ajit Doval being from the same state and of Nirmala Sithraman, Defence and later Finance Minister for offering defence land.

Media propaganda was that thousands of crores from sale of defence land would benefit military modernization till Sitharaman said not one paisa would go to the defence budget. Concurrently, Defence Estates was expanded through the Comptroller and Auditor General had recommended its closure being the most corrupt part of MoD. Expanding bureaucracy has political ‘benefits’. Same goes for expanding the PCDA for ‘SPARSH’ even as a former Director General of Artillery writes it is difficult for him to work the website – what to talk of Sepoy Bhoop Singh and the widows?

How and why Rawat became the mouthpiece of the bureaucrat-centred deep state is already in the public domain. Acts like recommending stoppage of IT waiver for war disabled who continue serving, heralding theatreization without a national security strategy and comprehensive defence review, publicly calling the IAF a support force, speaking at a school backed by a religious organization instead of laying a wreath at the war memorial on Navy Day and endorsing Defence Minister Rajnath Singh’s quip of “not even one-inch of territory lost in Ladakh”, are some examples.

The deep state’s unfinished agenda of the Rawat era is the Tour of Duty (ToD), even as it is being touted as the brainchild of the DMA. The information-cum-misinformation overload included: “small experiment”; “only to be applied to the Army”, and; now 45,000 to be recruited for all three Services in first go after six months of training – reminds one of RAW’s brainless experiment to provide arms training to the EPRLF and ENDLF for few weeks to fight the LTTE in Sri Lanka who surrendered in the very first encounter to LTTE.

Soldiers recruited under ToD will have a monthly salary of Rs 30-40, 00 and a severance pay of Rs 10 lakh on discharge after 3-4 years; 25% would be selected for permanent absorption and re-enlisted as Sepoys. The blind followers are propagating that 75% discharged would be absorbed in police forces – same crap as sale of defence land to help modernize Armed Forces. Corporations absorbing such large numbers are nonsense. Without jobs they will be prey to inimical forces.

When the idea of ToD surfaced two years ago, it was opined that youth would not join because of lack of jobs after 3-4 years. But the deep state responded by stopping recruitment in the Army. The training establishments are to cut 25% manpower. With galloping unemployment, many times 45,000 would be ready to volunteer.

Successive governments failed to provide separate pay commissions for the military and allowed police forces to wear the same badges of rank (with much faster promotions) causing functional problems. With pay related to rank, cadre reviews gave a large number of JCOs in fighting units. Stopping recruitment has caused manpower deficiency in these units while coping with leave, courses, temporary duties and the like.  Though termed “Agnipath”, ToD is the better name – what is the military supposed to do with these ‘Tourists’ who are also authorized leave.

Most important is setback to the operational capability of the Army, whose heart the so-called ‘Agniveers’ will strike like a missile. Recall, General Rawat had attributed PLA’s dismal performance in the Galwan Clash to short tenures of PLA soldiers. But why bother about operational capabilities when after losing control of some 1,000 sq km in Ladakh, in addition to vacating the Kailash Range and the LAC shifted westward, the slogan is nothing lost?  Rawat towed the same rhetoric.

A former Secretary-level officer, who was thrown out of the Indian Military Academy his first term because of ‘theft’, had been rooting for “same” training for the Army and police forces. Are we coming to that and how soon will reservations come in the military preceded by Agniveers?

Debate over the next CDS has been raging: why General MM Naravane could and could not be appointed; next incumbent must be from Navy – but the last CNS is no-nonsense type; CDS must always be from Army; announcement delayed till ToD is implemented; CDS redundant since Defence Minister now has a military advisor; CDS and Secretary DMA to be separated – IAS to head DMA with CDS belittled further, and, government seeks names of those with tri-service experience – as if DMA doesn’t have these details.

The main criteria for the next CDS will remain “pliability” which the deep state will determine albeit accommodating ‘political overtones’ by the powers that be – which also may be linked to states that the ruling party is targeting.