Russia and Brazil — member countries of the BRICS grouping have backed India’s position on Afghanistan, especially on the issue of terrorism. 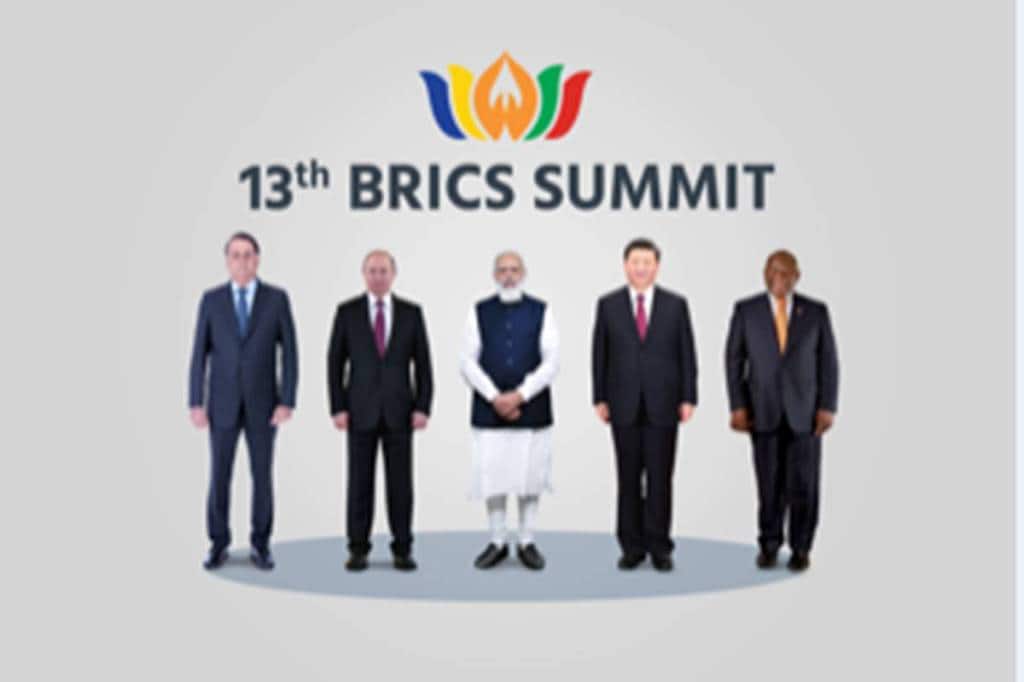 And also condemned in the "strongest terms" the terrorist attacks near the Hamid Karzai Kabul International Airport in that country. (Credit: Ministry of External Affairs)

At the end of the virtual BRICS Summit on Thursday (Sept 9, 2021), the Delhi Declaration which was adopted expressed concern over the current situation in Afghanistan and warned that the country’s territory could be used by terrorist groups as a safe haven. And called for refraining from violence and suggested that the situation in that war torn country should be settled by peaceful means.

The Delhi Declaration was issued after the 13th BRICS summit, hosted by Prime Minister Narendra Modi as India is holding the chairship of the grouping this year.

In his address Russian President Vladimir Putin said, “The withdrawal of the Americans and their allies from Afghanistan has led to the emergence of a new crisis situation. And it is not yet clear how all this will affect regional and global security, so it is quite fair that our countries pay special attention to this issue.”

“Naturally, Russia, like its BRICS partners, has consistently advocated the establishment of the long-awaited peace and stability on Afghan soil. People of this country have been fighting for many decades and have earned the right to independently determine what their state will be like,” he added.

“Illegal drug traffic as well as terrorism threaten us from Afghan territory. We are interested in stopping the flow of migration; we stand for Afghans to be able to live peacefully and with dignity in their homeland,” the Russian leader stated.

At the end of the summit, late Thursday evening, Sanjay Bhattacharyya, India’s G20 Sherpa, in response to a query by Financial Express Online query related to situation in Afghanistan said, “There is a very strong sense of consensus which is supportive of our perspective on the developments in Afghanistan and in the region.”

And, “The role of the UNSC was also discussed in the context of Afghanistan.”

Why was Afghanistan so important for the BRICS?

The war torn nation is in close proximity with China, Russia and India. Whatever happens in that country has an impact on the three of the member countries and globally too.

It has already been reported that next week, three of the member countries of BRICS will be meeting again for the Shanghai Cooperation Organization (SCO summit) in Dushanbe, Tajikistan. And once again the future of Afghanistan will be on top of the agenda set for talks.

Iran also featured in the talks amongst the leaders. It has a very important role to play in the region which will get impacted with the violent situation in Afghanistan.

The joint statement issued at the conclusion of talks extended their support on preserving the Joint Comprehensive Plan of Action (JCPOA) commonly known as Iran Nuclear Deal. The BRICS members also agreed that the Iran nuclear issue needs to be resolved through diplomatic and peaceful means and in accordance with International Law.

The focus of the statement was on the “need to contribute to fostering an inclusive intra-Afghan dialogue”. This will help in ensuring “Law and order in that country, peace and stability.

And also condemned in the “strongest terms” the terrorist attacks near the Hamid Karzai Kabul International Airport in that country.

India which has been a victim of terrorism for almost three decades has been concerned about various terrorist groups planning attacks against the country from the soil of Pakistan. International terror groups such as Jaish-e-Mohammed (JeM) and Lashkar-e-Taiba (LeT) which have been operating from Pakistan could now find safe haven in the Afghan territory.

During the recently concluded meeting between Russia’s Secretary of the Security Council General Nikolay Patrushev and NSA Ajit Doval, this was one of the concerns raised by India.

As for China, it has concerns about Eastern Turkistan Islamic Movement (ETIM). This is a Uyghur Islamic extremist organisation which is reportedly using the Afghan territory to cause harm to Xinjiang.