Highly placed sources have indicated to Financial Express Online that, a Letter of Agreement (LOA) is expected next month from the US Government. 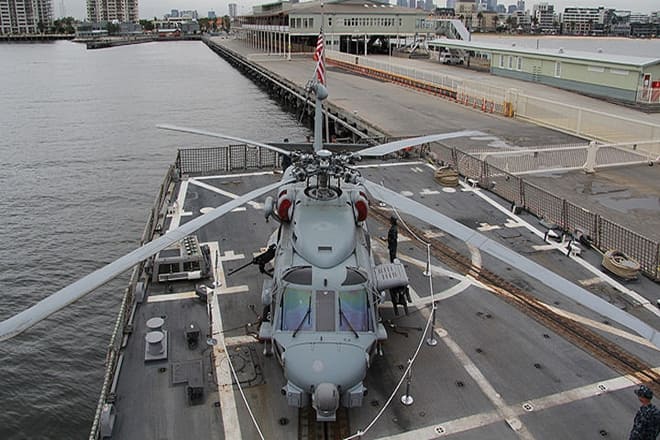 Indian Navy is expected to conclude contract with the US-based aerospace giant Lockheed Martin for 24 MH60R Seahawk multirole naval helicopters by October this year. The Indian Navy $2 billion deal under the US Foreign Military Sales the programme, is not only to replace the fleet of Sea King Mk 42B/C and Ka-28 helicopters but with its capabilities will help in countering the aggressiveness of China in the Indian Ocean region.

Once the contract is signed the delivery is expected to start by 2020 and to be completed in 48 months later, these machines are designed to operate from frigates, destroyers, cruisers and aircraft carriers. India has a major requirement for anti-submarine hunter helicopters for more than a decade now.

Highly placed sources have indicated to Financial Express Online that, a Letter of Agreement (LOA) is expected next month from the US Government. The US-based company where Dr Vivek Lall, is currently Vice President of Strategy and Business Development, is also expected to offer 30 per cent in offsets as part of this contract to enable the Indian industry to grow their capability.

The Indian government last November sent the Letter of Request to the US Government for 24 Lockheed helicopters for around $ 2 billion. According to sources, this is one of the most significant milestones in the India-US defence trade. In the years there has been an upward swing in defence relations and military trade between the two countries, with the Trump administration opening up America’s high-tech military hardware for India’s defence needs.

According to sources, there is a requirement of at least 123 helicopters for the Indian Navy. The contract will be signed for 24 machines manufactured in the US and later Indian side has plans to manufacture these locally. Lockheed Martin’s MH-60R Seahawk helicopter which is considered the world’s most advanced maritime helicopter, are currently deployed with the US Navy as the primary anti-submarine warfare anti-surface weapon system for open ocean and littoral zones.

Once this deal is finalised the military trade between the two countries is expected to touch $20 billion.