Both Blade India and Embraer have agreed to collaborate with Eve on a three-month pilot project. Embraer and Blade India will be connecting passengers using helicopters. 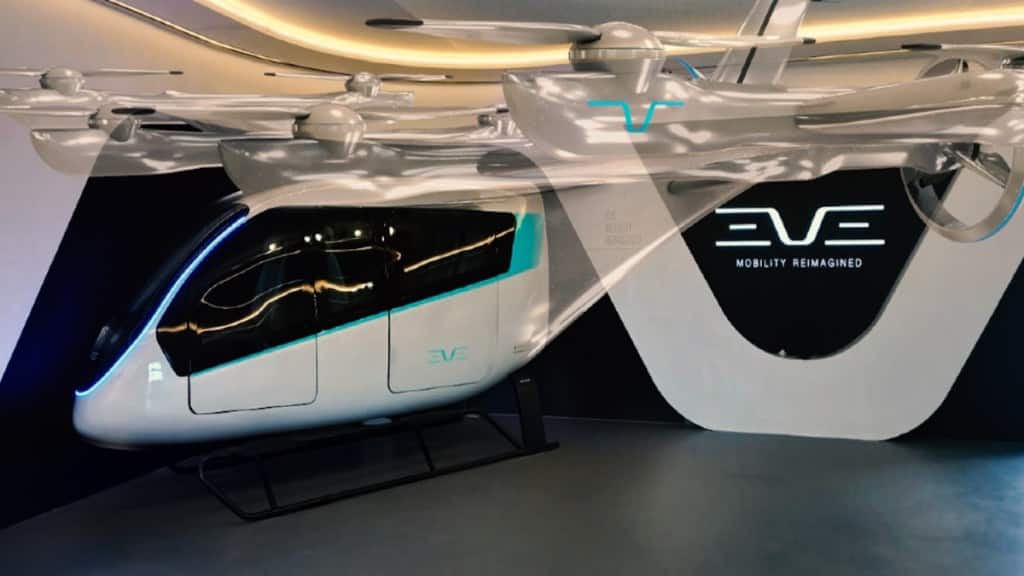 Both Blade India and Embraer have agreed to collaborate with Eve on a three-month pilot project. Both Embraer and Blade India will be connecting passengers using helicopters. (Image Credit: Eve Holding)

To ease the growing road traffic, India is set to get 200 electric vertical take-off and landing vehicles (eVTOLs). Earlier this week, Eve Holding, which is controlled by Brazil-based aerospace company, has officially announced a strategic partnership with Blade India. This includes a non-binding order for 200 eVTOLS.  Based on the Information in the public domain, Blade India is a joint venture between Blade Air Mobility and Hunch Ventures.

Why is eVTOL needed?

According to experts, with the emergence of electric vehicles, these will help in making travel more accessible to the masses, to help reduce carbon footprint, cutting down noise pollution as well as lowering cost of flying.

They are electric vertical take-off and landing or Electric Vertical Aircraft (EVA).

About the Strategic Partnership

Both Blade India and Embraer have agreed to collaborate with Eve on a three-month pilot project. As part of the broader strategic partnership between the two companies, both Embraer and Blade India will be connecting passengers using helicopters.

More about the agreement

The purchase order that has been signed is for 200 of Eve’s eVTOL and initially underwriting 50,000 hours of flight time per year in the region, says an official statement from Embraer. And these will arrive in India by 2026.

To start off under a pilot project starting from a major city, eVTOLs will help in intra-city helicopter flights.

To create the Urban Air Mobility (UAM) ecosystem BLADE India will act as Eve’s on-ground knowledge partner and the data which is collected through the Indian company’s operations and experience will eventually be used to further develop the Brazilian company’s eVTOL, support and service solutions, and its UATM software.

Stating that the Indian traffic congestion woes are expected to get worse, Amit Dutta, Managing Director, BLADE India says, the partnership will help in leveraging EVE’s deep expertise, not only in design but also in the infrastructure that is required to support UAM.

India is the largest market globally

According to André Stein, co-CEO of Eve, “We look forward to offering the people of India a zero-emission UAM solution in the future that will be efficient, accessible and quiet.”

With this order from India the company has plans to enter into service and to develop the ecosystem based on the community’s needs.

And India is keen to open to have the eVTOL aircraft manufacturers to come in  as a major manufacturing base after all the regulatory approvals are in place and the commercial production takes off. Jyotiraditya Scindia had made a strong pitch to bring eVTOLs to India and he has invited US based start-up Beta Technologies to explore the Indian market to launch eVTOLs.