The Kalyani M4 is a Quick Reaction Fighting Vehicle (Heavy) and can transport an infantry platoon that is fully equipped for battle. 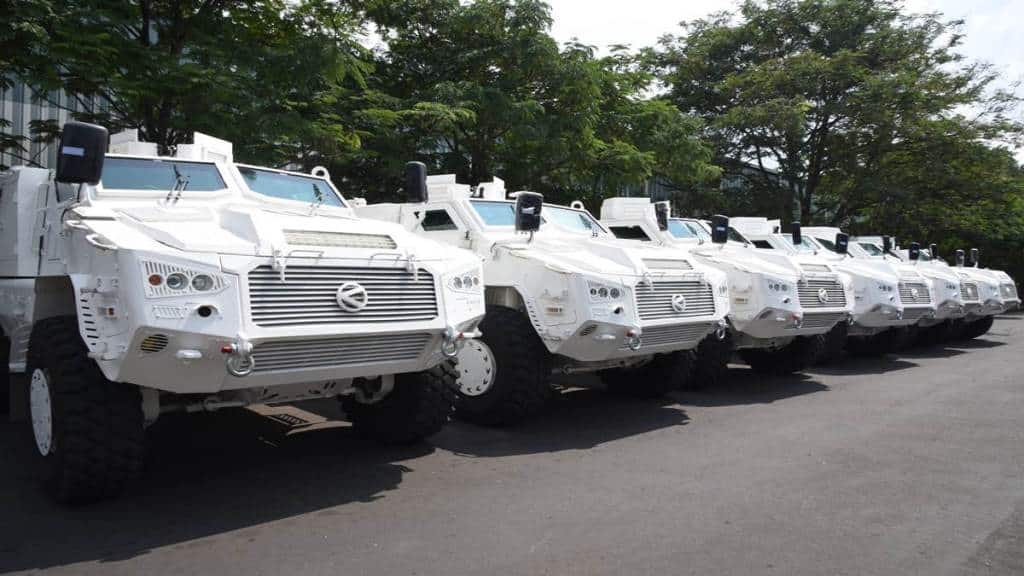 Kalyani M4 Armoured Personnel Carrier has the capability to defend its occupants from high kinetic energy threats like powerful mine bursts and grenades. (Photo: Bharat Forge)

The Kalyani M4 also has the capability to defend its occupants from high kinetic energy threats like powerful mine bursts and grenades.

The Kalyani M4 completed a series of severe vehicle trials  held in the deserts of Rann of Kutch and the sub-zero landscapes of Leh and Ladakh.

Speaking about the recent delivery, Baba N. Kalyani, Chairman, and Managing Director, Bharat Forge said, “We are delivering the Made in India Kalyani M4 for UN Peacekeeping missions. This encourages us to work for the benefit of our armed forces and it reinforces our commitment to harness our Prime Minister’s vision for Atmanirbharat and self-reliance in the defence sector.”

With a fighting radius of almost 800 kilometres, the Kalyani M4 can quickly increase the necessary battle power in all sorts of terrain.The Army’s northern command also recently added the Kalyani M4 to its fleet of armoured vehicles. The company claims that, three 10 kg TNT explosives placed underneath the wheels and a 50 kg IED blast to one side won’t damage the vehicle.