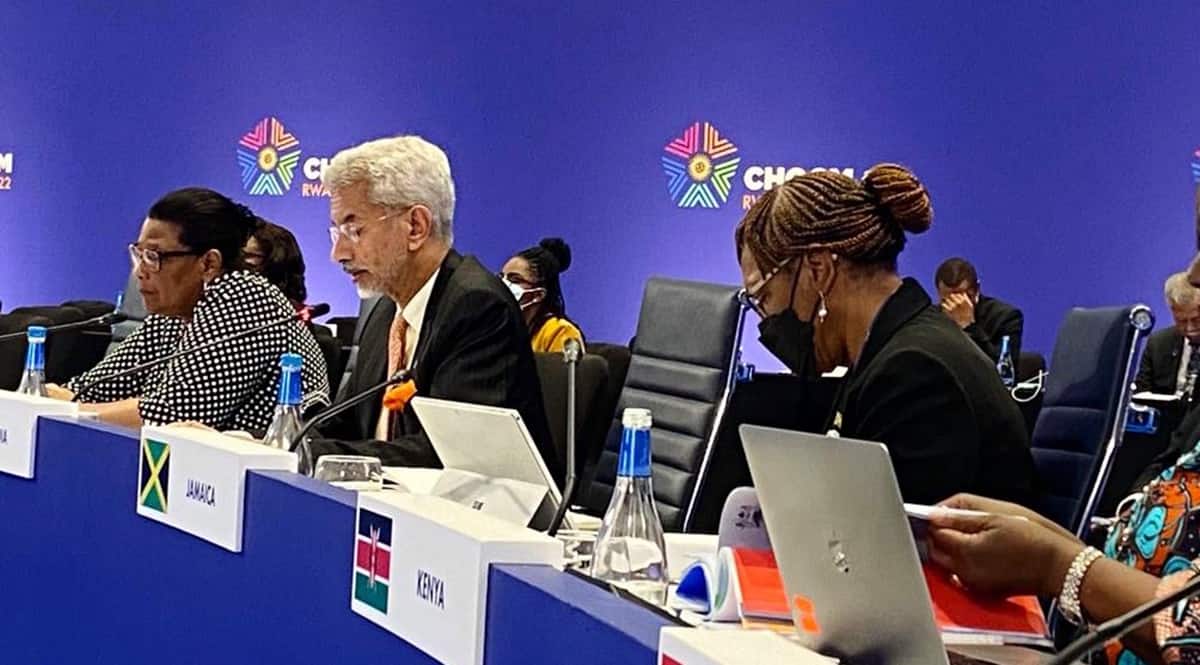 "India – the world's largest democracy – offers numerous examples for the Commonwealth," said the minister, who will represent Prime Minister Narendra Modi at the Commonwealth Summit on June 24-25.

“India – the world’s largest democracy – offers numerous examples for the Commonwealth,” said the minister, who will represent Prime Minister Narendra Modi at the Commonwealth Summit on June 24-25.

Jaishankar is leading the Indian delegation to the CHOGM, which had earlier been postponed twice due to the Covid-19 pandemic.
“Underscored the importance of collectively addressing the crucial challenges of our times, including post COVID recovery, climate change and ongoing global conflicts,” Jaishankar tweeted.

The theme of the 26th CHOGM Summit is: “Delivering a Common Future: Connecting, Innovating, Transforming”.
The Leaders of the Commonwealth Member States are scheduled to deliberate on issues of contemporary relevance, including global challenges like – climate change, food security, health issues and are likely to adopt the following four Outcome Documents: CHOGM Communique; Kigali Declaration on Child Care and Protection Reform; Declaration on Sustainable Urbanisation and Commonwealth Living Lands Charter: A Commonwealth Call to Action on Living Lands (CALL), the Ministry of External Affairs said in a statement on Tuesday.

India is also one of the largest contributors to the Commonwealth and has assisted the organisation with technical assistance and capacity building.
In 2018, India announced the creation of a Commonwealth Window, dedicating USD 50 million for development projects and assistance to developing countries of the Commonwealth.