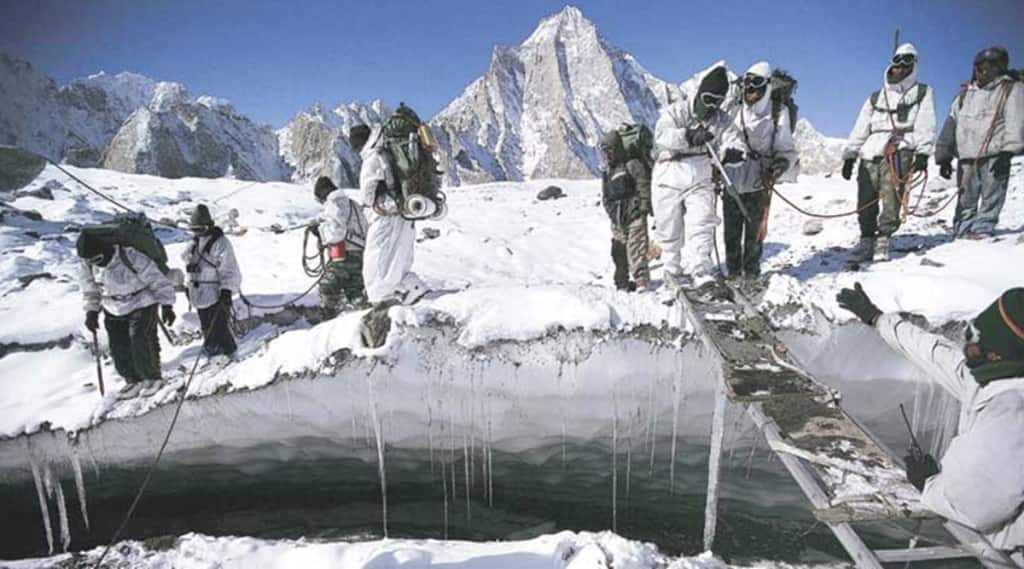 According to information available, Harbola, a resident of Dwarahat in Almora, had enlisted in the army in 1975.

The body of an army jawan was found in an old bunker in Siachen, 38 years after he went missing in an avalanche while on patrol.

The Sainik Group Centre in Ranikhet on Sunday identified the body as that of Chandrashekhar Harbola of 19 Kumaon Regiment.

Harbola was part of a 20-member troop that was dispatched to the world’s highest battlefield for ‘Operation Meghdoot‘ to fight Pakistan in 1984.

Also Read
Atmanirbhar Bharat: Indian weapons set to rule the roost
China Out, HAL offers LCA 60Tejas’ Mk1A and trainer variant to Argentina
HAL to develop LCA-Mk2 at a total cost of Rs 9,000 crore: A game changer
The Queen who became a constant

During patrolling, they came in the grip of an ice storm. While the bodies of 15 soldiers were recovered, those of the other five could not be found and Harbola was one among them.

Shanti Devi said at the time, they were married for nine years and that she was 28. Their elder daughter at the time was four and the younger one was one and a half years old.

Shanti Devi said Harbola had last arrived home in January 1984, during which he had promised to return soon. However, Shanti Devi said she was proud of her husband as he prioritised his service towards the country over the promises made to the family.

According to information available, Harbola, a resident of Dwarahat in Almora, had enlisted in the army in 1975.

Reportedly, the body of another soldier was also found but his identity was yet to be ascertained.