Zawahiri, who assumed the leadership of al-Qaeda after the death of bin Laden, was killed in a drone strike carried out by CIA on Saturday evening at a house in Kabul where he was sheltering to reunite with his family, US President Joe Biden said on Monday, declaring that “justice has been delivered and this terrorist is no more”. 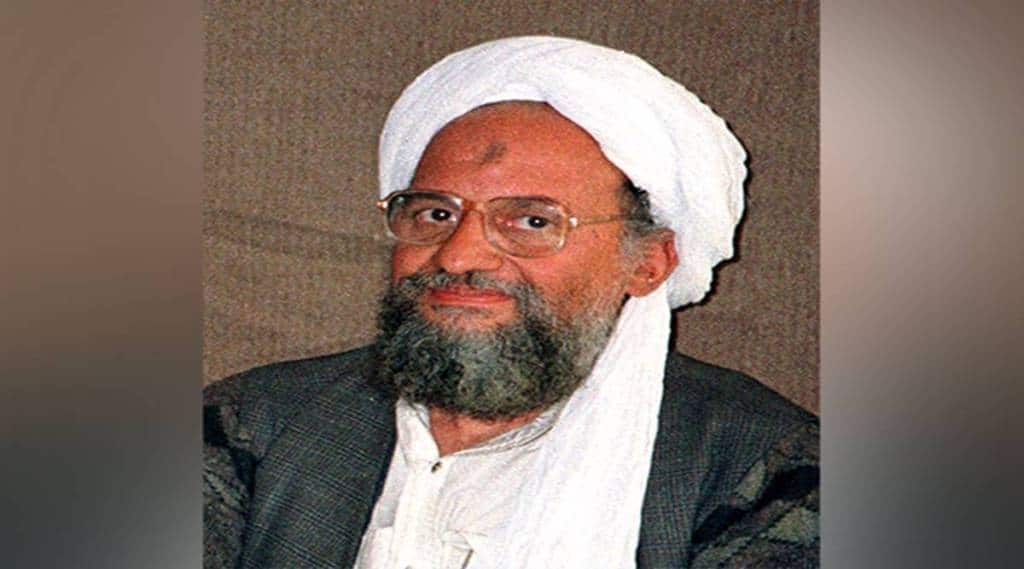 Zawahiri, who assumed the leadership of al-Qaeda after the death of bin Laden, was killed in a drone strike carried out by CIA on Saturday evening at a house in Kabul. (Photo source: Reuters)

Al-Qaeda chief Ayman al-Zawahiri, who played central role in 9/11 attacks and later created the terror group’s regional affiliate in the Indian subcontinent, has been killed in a US “precision strike” in Afghanistan’s capital Kabul, in the biggest blow to the global terror network since killing of its founder Osama bin Laden in 2011 in Pakistan.

Zawahiri, who assumed the leadership of al-Qaeda after the death of bin Laden, was killed in a drone strike carried out by CIA on Saturday evening at a house in Kabul where he was sheltering to reunite with his family, US President Joe Biden said on Monday, declaring that “justice has been delivered and this terrorist is no more”.

The 71-year-old Egyptian surgeon, who had a USD 25 million bounty on his head, was bin Laden’s second-in-command during 9/11 attacks and took over as the head of al-Qaeda after his death. He remained a visible international symbol of the terror group, 11 years after the US killed bin Laden during a raid in Pakistan’s Abbottabad in May 2011.

“I authorised a precision strike that would remove him from the battlefield, once and for all,” Biden said on Monday in a speech from the White House. According to officials, Zawahiri was on the balcony of a safe house when the drone fired two missiles at him. Other family members were present, but they were unharmed and only Zawahiri was killed.

“He was deeply involved in the planning of 9/11, one of the most responsible for the attacks that murdered 2,977 people on American soil. For decades, he was the mastermind of attacks against Americans,” said Biden.The US president was kept abreast of the strike against Zawahiri as he was isolated with a rebound case of Covid-19. Biden spoke outdoors on Monday from the Blue Room Balcony at the White House. “Now, justice has been delivered and this terrorist leader is no more. People around the world no longer need to fear the vicious and determined killer,” Biden said.

“The United States continues to demonstrate our resolve and our capacity to defend the American people against those who seek to do us harm. We make it clear again tonight, that no matter how long it takes, no matter where you hide, if you are a threat to our people, the United States will find you and take you out,” he was quoted as saying by CNN.

Biden said the precision strike targeting was the result of the “extraordinary persistence and skill” of the nation’s intelligence community.”Our intelligence community located Zawahiri earlier this year – he moved to downtown Kabul to reunite with members of his immediate family,” Biden said.His killing will bring closure to families of the victims of the 2001 attacks, Biden said, adding that Zawahiri had also masterminded other acts of violence, including the suicide bombing of the USS Cole naval destroyer in Aden in October 2000 which killed 17 US sailors.

The strike comes one year after Biden ordered the withdrawal of US troops from Afghanistan, prompting Taliban forces to rapidly seize control of the war-torn nation.Zawahiri comes from a distinguished Egyptian family, according to the New York Times.His grandfather, Rabia’a al-Zawahiri, was an imam at the prestigious al-Azhar University in Cairo. His great-uncle, Abdel Rahman Azzam, was the first secretary of the Arab League.

He played central role in the attacks on US embassies in Kenya and Tanzania in 1998, and eventually helped to mastermind the deadliest terror attack on American soil, when hijackers turned US airliners into missiles.In September 2014, Zawahiri had announced the creation of Al-Qaeda’s regional affiliate – the Al-Qaeda in the Indian Subcontinent (AQIS), taking advantage of sanctuaries in Afghanistan, Pakistan and Bangladesh.

“A new branch of Al-Qaeda was established – Qaeda al-Jihad in the Indian subcontinent, seeking to raise the flag of jihad,…and return the Islamic rule across the Indian subcontinent,” Zawahiri had said at the time.The al-Qaeda’s regional affiliate was led by Asim Umar – an Indian and former member of Harkat-ul-Jihad al-Islami. Umar was killed in a joint US-Afghan military raid in the Afghan Province of Helmand in September 2019.

A Taliban spokesman described the US operation to kill Zawahiri as a clear violation of international principles.”Such actions are a repetition of the failed experiences of the past 20 years and are against the interests of the United States of America, Afghanistan and the region,” the spokesman was quoted as saying by the BBC.

In a series of tweets, Taliban spokesman Zabiullah Mujahid said, “An airstrike was carried out on a residential house in Sherpur area of Kabul city on July 31.” He said, “The nature of the incident was not apparent at first” but the security and intelligence services of the Islamic Emirate investigated the incident and “initial findings determined that the strike was carried out by an American drone.” Zawahiri was constantly on the move once the US-led invasion of Afghanistan began after the September 11, 2001, attacks. At one point, he narrowly escaped a US onslaught in the rugged, mountainous Tora Bora region of Afghanistan, an attack that left his wife and children dead.

He made his public debut as a Muslim militant when he was in prison for his involvement in the 1981 assassination of Egyptian President Anwar Sadat.
“We want to speak to the whole world. Who are we? Who are we?” he said in a jailhouse interview.By that time, Zawahiri, a young doctor, was already a committed terrorist who conspired to overthrow the Egyptian government for years and sought to replace it with fundamentalist Islamic rule. He proudly endorsed Sadat’s assassination after the Egyptian leader made peace with Israel.

He spent three years in prison after Sadat’s assassination and claimed he was tortured while in detention. After his release, he made his way to Pakistan, where he treated wounded mujahideen fighters who fought against the Soviet occupation of Afghanistan.That was when he met bin Laden and found a common cause, the CNN reported.

“We are working with brother bin Laden,” he said in announcing the merger of his terror group, Egyptian Islamic Jihad, with al-Qaeda in May 1998.”We know him for more than 10 years now. We fought with him here in Afghanistan,” he had said.Together, the two terror leaders signed a fatwa, or declaration: “The judgment to kill and fight Americans and their allies, whether civilians or military, is an obligation for every Muslim.” Zawahiri was also linked to the attacks on foreign tourists in the Egyptian city of Luxor in 1997, which left 62 people dead. In 1999, an Egyptian military court sentenced him to death in absentia.