He said the scheme will bring revolutionary changes in the enrolment process for soldiers, asserting that there will be no compromise on the quality of training to be imparted to the personnel to be recruited under the scheme. 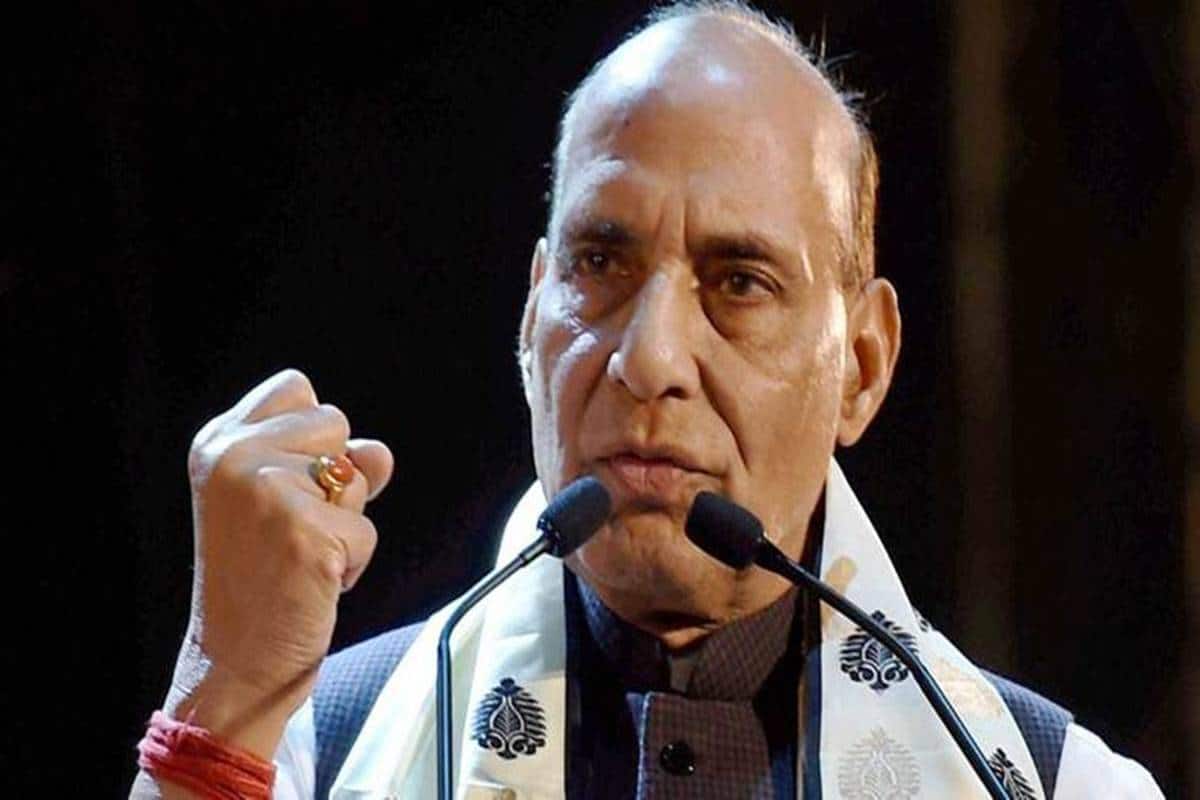 As protests against the ‘Agnipath’ scheme intensified, Defence Minister Rajnath Singh on Saturday strongly defended the new military recruitment model saying it was rolled out after wide-ranging consultations including with the ex-servicemen and suggested that a “misunderstanding” is being spread for political reasons.

He said the scheme will bring revolutionary changes in the enrolment process for soldiers, asserting that there will be no compromise on the quality of training to be imparted to the personnel to be recruited under the scheme.

“It is bringing revolutionary changes in the recruitment process in the armed forces. Some people are spreading misunderstanding about it. Maybe, there could be some confusion among the people as it is a new scheme,” Singh said speaking at a conclave organised by the TV9 media group.

Also Read
Agnipath and Agniveer: What it is and how it will work? Here’s everything you need to know
The underdog Rudram missiles: India’s mysterious anti-radiation munition
Indian Army to get 6 AH-64E Apache attack helicopters; Suspense over Super Hornet fighters for Indian Navy
Tour of Duty: The Kindergarten Army

The defence minister said the scheme was rolled out after around two years of deliberations including with the ex-servicemen community and a decision was taken based on a consensus.

“We wanted that there is a sense of discipline and pride for the country among the people,” he said.

Without taking the name of any political party, the defence minister suggested that some of the protests against the ‘Agnipath’ scheme could be based on political considerations. “There are so many issues to show any political party in poor light. But whatever politics we do, whether remaining in the opposition or in the government, it is for the country,” he said.

The defence minister further added, “Should we lower the morale of the soldiers of the country? This is not justice.”

Several parts of the country witnessed violent protests against the scheme that largely provides for a four-year tenure on a contractual basis and does not offer pensions and other benefits that regular soldiers are given.

In his address, the defence minister said the personnel to be recruited under the ‘Agnipath scheme’ will be given priority in the selection for various jobs by state governments, private industries, public sector undertakings and paramilitary forces.

“They will be given priority in selection in various government departments. ‘Agniveer’ is not just the name of bringing new recruits into the armed forces. But, they will also be given the same quality training that the soldiers of the military are getting today. Training time may be short but the quality will not be compromised,” he said.

Referring to the financial package of Rs 11.71 lakh to be given to each of the ‘Agniveeers’ after completion of the four-year tenure, Singh said the government will also facilitate providing loans at the low-interest rates if they need additional resources to start new ventures.

“Our government is making schemes so that the Agniveers when they come out after serving for four years, get employment,” he said.

Unveiling the scheme on Tuesday, the government said youths between the ages of 17 and-a-half and 21 years would be inducted for a four-year tenure while 25 per cent of them will be subsequently inducted for regular service. The youths to be recruited under the new scheme would be called ‘Agniveer’. A major objective of the scheme is to bring down the average age of military personnel and cut ballooning salary and pension bills.

In an attempt to pacify the protesters, the government on Thursday night increased the upper age limit for recruitment under the ‘Agnipath’ scheme to 23 years from 21 for the year 2022.

The monthly salary of an ‘Agniveer’ in the first year of employment would be Rs 30,000 and the in-hand amount would be Rs 21,000 as Rs 9,000 would go to a corpus with an equal contribution from the government.

Subsequently, the monthly salary in the second, third and fourth year will be Rs 33,000, Rs 36,500 and Rs 40,000. Each ‘Agniveer’ will get an amount of Rs 11.71 lakh as ‘Seva Nidhi Package’ and it will be exempted from income tax. The four-year tenure under the new scheme will include around two-and-half months to six months of training periods.