A soldier’s account: The day history took a different course

Afghanistan never did buy our Vijayantas or else we would have seen them in action against the roaring T-72s when the Russians invaded Afghanistan a year later! 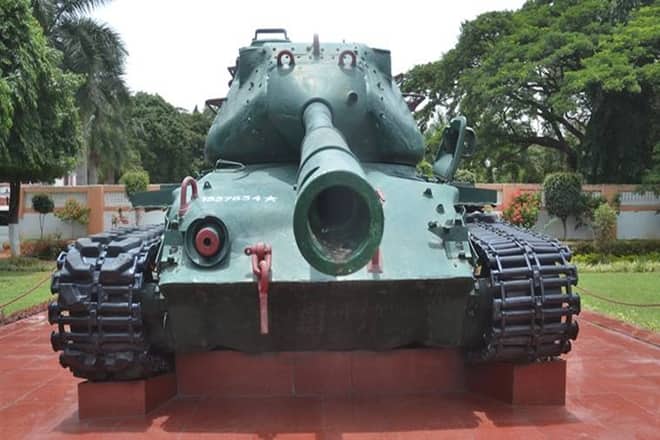 Having read such interesting articles from old Cavaliers in the Post Horn Gallop, I am tempted to narrate an incident which may not be known to many in the Armoured Corps. And now, when I think of it, I realize that it could have changed history if it had gone any other way!

I was then a young Captain posted as an Instructor-in- Gunnery in the Gunnery Wing of the Armoured Corps Centre and School Ahmednagar, sometime in June or July 1976. Late Brigadier Iqbal Singh Dhillon was the Commandant ACC&S during those days and Major (later Brigadier) Ganga Singh of Gardner‘s Horse was the OC Gunnery Wing.

A visiting team of high-ranking officials from Afghanistan came to the ACC&S to see and gauge the performance of our Vijayanta tanks at the KK Ranges. Under Major Ganga, I toiled hard to zero two Vijayanta tanks for two days prior to the visit. The crews were good, the tanks were firing well, brand new derelicts had been placed as targets (with lots of sugar dipped in kerosene) and we were all set to impress the Afghani team! But, and this a very big BUT, Man proposes but God disposes!

One small incident occurred a day prior to the demonstration of which I took no notice then. In between the zeroing of the tanks, the tank drivers used to run forward to collect the segment and sabot pieces which fall off when an APDS or DST (Prac) round is fired from the 105 mm gun of the Vijayanta. These metal pieces command a small price in the scrap metal market, hence their popularity, but the boys running forward into the range area while the zeroing was in progress was a big distraction for the gunners and was wasting a lot of our time. I gave a lot of verbal warnings to the errant tank drivers to desist from this activity but to no avail. Finally, I got fed up of their indiscipline and made them `FRONT ROLL’ on the range!

D Day arrived and Firing Point 3 of the KK Ranges was all spruced up to give a roaring display of the fantastic fire-power of the 105mm gun on our Vijayantas to the Afghanis. Unfortunately for us, being super-confident of the prowess of our tanks and our gunners we did not check-zero our tanks that morning and concentrated on the spit and polish of the Firing Point instead!

The Commandant arrived bang on time with the visiting dignitaries. “Permission to begin, Sir? Yes! ‖ said Brig Iqbal with a cheery wave of his hand. The Vijayantas began firing at pre-determined targets. Looking at the range area, the Gunnery Wing officers and other spectators were horrified! The APDS rounds were way off their targets! And being a demonstration, with everything moving in clockwork precision, there was no time to check what was wrong. The agony went on and on as all rounds missed their targets, those lovely huge derelicts, just imploring to be hit! Static shots over, the two tanks moved for a dynamic shoot, to engage those derelicts while on the move with HESH ammunition. The results were the same, with the HESH rounds sailing all over the horizon to anywhere but those huge derelicts! I peeped from the corner of my eyes at the Afghanis- sure enough; they were nodding their heads from East to West instead of North to South!

The demonstration over, the Afghan dignitaries left with the Commandant for lunch and then the investigations began. The reason was found soon enough. Somebody had tampered with the azimuth and elevation readings of the tank sights on both tanks and our gunners had not bothered to check. The damage had been done. I think I know who that somebody was, (the tank drivers, just out of spite), but nothing could ever be proved.

Can you believe it? History took a different course that day. Afghanistan never did buy our Vijayantas or else we would have seen them in action against the roaring T-72s when the Russians invaded Afghanistan a year later!

(The author is Indian Army Veteran and has served with 73 Armoured and 13 Armoured Corps. Views expressed are personal.)