Pakistan military hierarchy has never come to terms of living in peace with India. 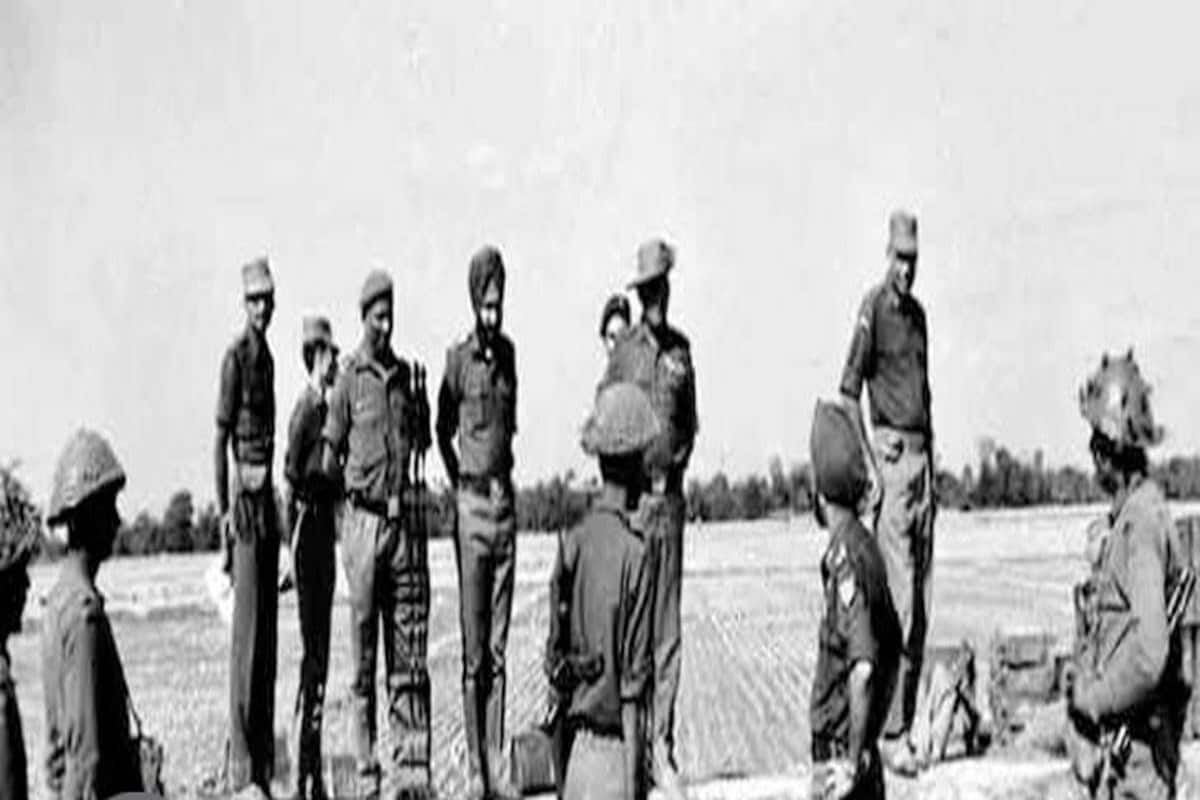 Pakistan military hierarchy has never come to terms of living in peace with India. Just four years post 1965 war, there was confusion galore amongst the top military and civilian hierarchy in Pakistan. In early 1969 Gen Ayub Khan was forced out of power by street protests. In March 1969 Gen Yahya Khan, imposed martial law and replaced Gen Ayub Khan as President of Pakistan. Two events took place during his tenure: the elections of 1970 in Pakistan, and the subsequent massacre of citizens in East Pakistan.Gen Yahya Khan had a key role in both events. He was misguided by Zulfikar Ali Bhutto who emerged as a dominant voice for students, the working class and sections of the newly emerging middle class in West Pakistan. Simultaneously,Sheikh Mujibur Rahmanemerged as the dominant voice of Bengali nationalism. While some Bengali voices were challenging the unity of Pakistan, Mujibur was still in favour of a united, democratic and federal Pakistan. Slowly with time there was a growing realization that East Pakistan had become a mere colony of West Pakistan.

Yahya Khan at the behest of Bhutto announced elections in October 1970. On the basis of population, East Pakistan had 162 seats in a parliament of 300. Yahya’s decision was based on military intelligence reports, which indicated that no single party would win a majority in parliament and, with a hung parliament, the real power would still be vested with the military-bureaucracy oligarchy.

Due to monsoons in East Bengal, the government postponed the elections to 07 December 1970. However, a devastating cyclone in November 1970 in East Pakistan claimed close to 200,000 lives that made elections difficult. East Pakistanis were appalled at the response of predominantly Punjabi-Muhajir military-bureaucratic administration in dealing with the crisis post the natural disaster. With just a few weeks to go for elections, East Pakistani politicians were eager to highlight how irrelevant Pakistani Bengalis had become in the eyes of the ruling West Pakistan clique.

The election results revealed Sheikh Mujibur’s Awami League won 160 of the 162 seats in East Pakistan, while Bhutto’s Pakistan People’s Party won 81 seats out of 138 in West Pakistan. The critical outcome was that neither of the two major parties won a single seat in the other party. Pakistan stood divided. Yahya on a visit to Dhaka, called Mujibur, ‘the future Prime Minister of Pakistan’. Yet on his return, Bhutto advised Yahya not to give control of the National Assembly to Mujibur. There were many senior generals who were willing to ‘back Bhutto’. Bhutto remarked that, ‘a majority alone does not count’. Clearly, the electoral winner in West Pakistan and the generals were not willing to honour the election results and a major political and constitutional crisis was created.

After talks completely broke down, Operation Searchlight was launched by the Pakistan military on 25 March 1971, under Gen Tikka Khan, who was placed as Chief Martial Law Administrator (CMLA) and Commander Eastern Command. The brutality during the operation reflected the egos of a handful of West Pakistani politicians. Their behaviour was played and matched with the incompetence of the military leadership in understanding and addressing political issues.

With no aid coming from the mainland, to deal with natural disasters, East Pakistan reached a boiling point. Simultaneously, the scale and nature of atrocities committed by the military on Bengalis was on a horrific scale. Military action in East Pakistan continued and hundreds of thousands of East Pakistanis fled across the border into India. A ‘Bangladesh’ government-in-exile based in Calcutta (Kolkata) was formed. Due to the influx of refugees, India could not have isolated itself by the developments in the neighbourhood. The Government of India warned the Service Chiefs in April 71, to begin op-preparations and accordingly the Indian Army alerted its force in Eastern Command and moved additional forces into the theater.

By July 1971, Indian forces on both the Western and Eastern fronts, had been selectively mobilized. Throughout the autumn, operational plans for the ground, air and sea battle were crystallized, consequent to which the units and formations were shifted and readjusted. Forward deployments in selected sectors commenced as early as July. Patrolling and domination of ‘No-Man’s Land’ was done actively. Indian Air Force (IAF) commenced air patrolling and reconnaissance operations. By September the troops were prepared, both operationally and logistically.

Gen Yahya Khan too ordered mobilisation in West Pakistan. The situation in East Pakistan was rapidly spinning out of Pakistan’s military control. In August 1971, India and USSR signed a historic ‘Treaty of Friendship’ aimed at neutralising China and open support of the US to Pakistan.

In September 1971, IAF had thirty-four squadrons and approximately ten were deployed opposite East Pakistan. On the other hand, the Pakistan Air Force (PAF) had about seventeen squadrons and only one Sabre Squadronwas deployed in East Pakistan.The IAF prevented the PAF from seriously interfering with land and sea operations and provided tactical and transport air support to land forces.The Sabre Squadron attempted pre-emptive strikes, but was quickly put on the defensive by the IAF.

The Indian Navy was better placed than the Pakistan Navy. Geography too facilitated an offensive at sea, as India had long coastlines with multiple ports whereas Pakistan had shorter coastline with limited number of ports. Pakistan’s harbours could be dominated and blocked easily. The USSR Navy was deployed in Bay of Bengal to counter the US 7th Fleet overtures.

The political direction had been clearly spelt out. India prepared for carrying out a quick offensive in the East.The main rivers in East Pakistan, namely Mehna and Brahmaputra divided the region into four major sectors. The tract facing Calcutta was designated as South-Western Sector (lying South and West of Padma. It was placed under 2 Corps which was raised in October 1971 with its HQ at Krishnanagar. The tract between Padma and Jamuna, was called the North-Western Sector. HQ 33 Corps with its HQ at Siliguri was entrusted to this Sector. Its advance HQ was set up at Teliamura near Agartala. The Central Sector, which was a triangular tract between the Jamuna and Meghna, was placed under HQ 101 Communication Zone at Shillong.The offensive would be three pronged wherein three Corps sized forces were to converge on Dhaka, from East, North and West. This was linked to maximum possible destruction of enemy forces.

Pakistan’s decision to concentrate its entire AF in the west was a major strategic mistake. As the conflict seemed imminent, the IAF adopted a high state of alertness and carried out air space surveillance more actively. The air space violations commenced and with time their frequency increased.Border skirmishes too started between the Indian and Pakistani troops as the latter commenced operations against the Mukti Bahini cadres. Some of these developed into local conflicts. The Air war in the east began on 21/22 Nov, when the IAF and PAF got activated to support a local conflict on the ground, in the Bayra area. The IAF Gnats shot down three PAF Sabres.

To divert attention of India from the Eastern front, war was declared on 03 Dec 1971 by Yahya Khan in the West. IAF targeted PAF bases at Dhaka, Jessore, Khulna, Kurmitola and Chittagong and decimated them completely. Heavy opposition and cities were bypassed for the reserve to tackle, while leading formations moved headlong for Dhaka. IAF overwhelming superiority ensured the success of the Para Brigade operations and accelerated the overall advance of the Indian Army to Dhaka in a much faster time frame.

On 16 Dec, the ‘Instrument of Surrender” was signed in Dhaka by Lt Gen AAK Niazi and handed over to Lt Gen JS Arora, India’s Eastern Army Commander. The Indian Army had taken approximately 90,000 prisoners including 17,000 civilians.India declared a unilateral ceasefire on 17 December 1971, a day after Niazi surrendered. East Pakistan was liberated and a new country Bangladesh was born. The three services had completely dominated the Eastern Theatre and India’s political and military aims were met successfully. Unfortunately, the military solution of the Kashmir problem was not considered as an objective in the war.The Shimla Agreement was signed in 1972 between India and Pakistan, without international arbitration.

As Bangladesh celebrates 50 years of liberation, the Indian Armed Forces too bask in the glory of the unprecedented victory over Pakistan.