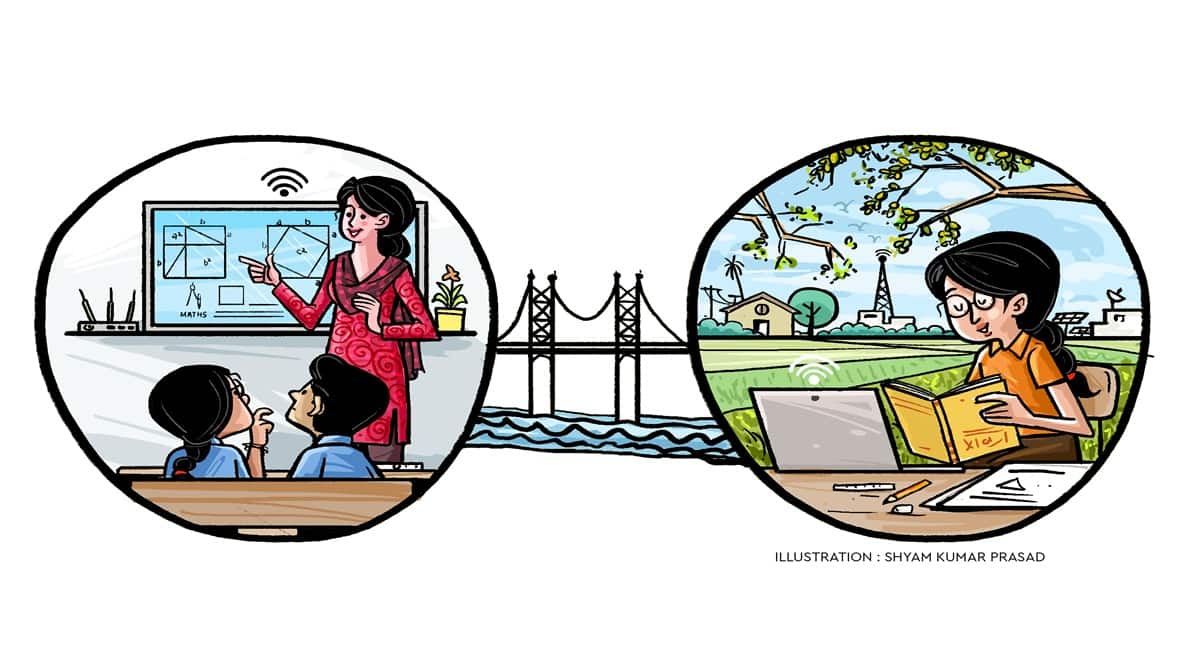 The National Education Policy 2020 recommends that public investment in education must be increased to 6% of GDP.

The Union Budget FY23 would be the third one presented under the shadow of the ongoing pandemic. The adoption of what was being called the ‘new normal’ in the first phase has now created a new, altered reality. Education underwent drastic changes and lockdowns acted as a propeller in the adoption of digital technologies. Classrooms needed to adopt digital technologies but many were lagging behind due to several factors. Even though the government launched the DIKSHA (Digital Infrastructure for Knowledge Sharing) in 2017, several classrooms continued to struggle with the adoption of digital technologies. Interventions such as the Foundational Literacy and Numeracy programmes and digital assistants like Sampark Didi created by the Sampark Foundation are trying to bridge this gap.

Earlier, universities were not allowed to offer more than 20% course components online, but the pandemic led to all education being delivered online. As per estimates, with the proliferation of smartphones in India, the rate of internet penetration is likely to cross 55% by the end of 2025. If last year’s Budget focused on world-class institutions, the mid-day meal programme and autonomous bodies, the thrust of this Budget must be on digitisation of learning and classrooms. The National Education Policy 2020 recommends that public investment in education must be increased to 6% of GDP.

The edtech industry has been at the forefront of leading changes in this domain. Even though many tier-2 and tier-3 cities remain underpenetrated with respect to the reach of online education, several aspirants are tapping into these resources for a wide range of activities from preparing for competitive exams to upskilling. Given the government’s thrust on Skill India and Make in India, it would be ideal to consider tax rationalisation on edtech offerings to make them more accessible. Several industries and their workforce shrank in the aftermath of financial losses triggered by the pandemic. As a result, the market is full of underutilised and under-skilled talent, many of whom are either examining alternate avenues of earning through entrepreneurship or upgrading their existing skillset, both of which are being sought through online platforms. Currently, courses offered through these platforms fall in the 18% GST bracket. Bringing down this rate could offer significant relief to consumers and help deepen digital engagement between users and a future-ready product.

The other prong of digitisation would be creating smart classrooms in rural areas. In 2021-22, the highest allocation of the education budget, 2.2%, was for the Department of School Education and Literacy. Building on this initiative, this Budget must offer avenues for creation of partnerships for bringing digital technologies in remote classrooms. These could include, but are not limited to, digital whiteboards, voice assistants, gamified content and virtual reality tools. The NITI Aayog is working towards partnerships in this regard but this momentum of bringing tech to the classrooms must not slow down. Several civil society organisations are working towards creating classroom-specific interventions that have proven effective. These interventions must be identified, scaled and replicated across all schools to bridge the learning gaps. While students in urban areas have had access to both physical infrastructure and internet facilities, several reports have suggested that their counterparts in rural areas do not share the same privileges, which has led to many students exiting the education system. This danger of students dropping out due to lack of tech infrastructure must be mitigated.

The final prong of a successful digitisation of the learning process is teacher training. In last year’s Budget, Rs 250 crore was allocated towards teacher training and adult education. An increase in this allocation is a must. It is necessary that teachers be equipped with hands-on practice and lessons on combining pedagogy with technology. The government’s eVidya scheme is a step in this direction, but today’s rapid pace of technology change requires all workforce to not just be tech-savvy but also be quick learners. This is applicable to teachers as well.

In the words of Nobel Laureate Malala Yousafzai, “One child, one teacher, one book, one pen can change the world.”